Political Calculations
Unexpectedly Intriguing!
February 27, 2012
Questions From Our Inbox: Why Are Gasoline Prices Rising So Much?

It seems that unlike say a "trained journalist" like the Incredibly Incurious Jonathan Chait, our casual readers are more than capable of asking us questions about our work!

Proof of that today comes straight from our e-mail inbox, which we can attest has still not registered any electronic contact initiated by "trained journalist" Chait, where someone with actual curiosity observed and asked:

Gas prices are about as high as they were in mid 2008 when oil was about 140 per barrel but oil today is about 110. Why the disconnect?

That's a good question - one for which we had no idea what might be the answer before we decided to take it on! Here's our augmented response, where we've expanded upon our original reply to our inquiring reader!...

It's not as disconnected as you might think, given which crude oil and gasoline prices are primarily involved. 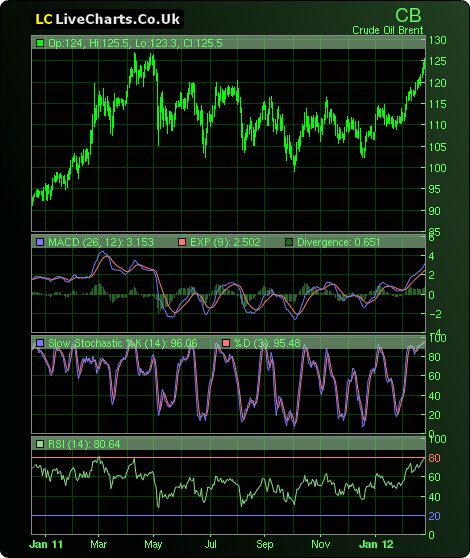 ... is being pushed upward by geopolitical concerns. That upward price pressure has combined with already falling demand in the U.S....: 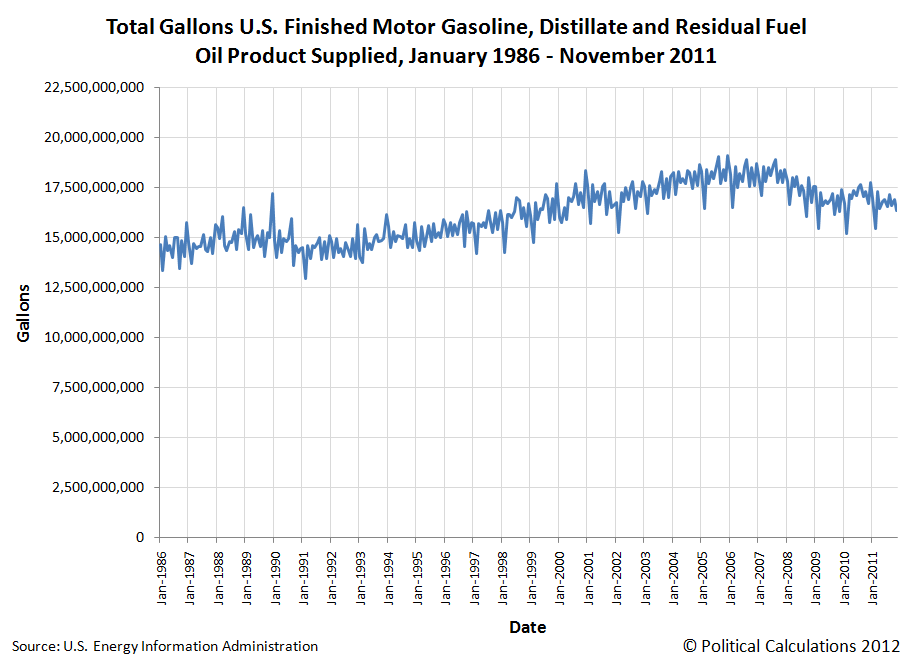 ... to force the closure of money-losing refineries in the U.S. that refine Brent crude oil, mainly on the East coast.

The average price of gas is up more than 10 percent since the start of the year, a point repeatedly made during Wednesday's Republican Presidential debate. Predictably, the four GOP candidates blamed President Barack Obama for the steep increase.

Actually, the President doesn't have that kind of pricing power. The more likely reason behind the price increase, though certainly less compelling as a political argument, is the recent spate of refinery closures in the U.S. Over the past year, refineries have faced a classic margin squeeze. Prices for Brent crude have gone up, but demand for gasoline in the U.S. is at a 15-year low. That means refineries haven't been able to pass on the higher prices to their customers.

As a result, companies have chosen to shut down a handful of large refineries rather than continue to lose money on them. Since December, the U.S. has lost about 4 percent of its refining capacity, says Fadel Gheit, a senior oil and gas analyst for Oppenheimer. That month, two large refineries outside Philadelphia shut down: Sunoco's plant in Marcus Hook, Pa., and a ConocoPhillips plant in nearby Trainer, Pa. Together they accounted for about 20 percent of all gasoline produced in the Northeast.

This week, Hovensa finished shutting down its refinery in St. Croix. The plant processed 350,000 barrels of crude a day, and yet lost about $1.3 billion over the past three years, or roughly $1 million a day. The St. Croix plant got hit with a double whammy of pricing pressure. Not only did it face higher prices for Brent crude, but it also lacked access to cheap natural gas, a crucial raw material for refineries. Without the advantage of low natural gas prices, which are down 50 percent since June 2011, it's likely that more refineries would have had to shut down.

The U.S. refining industry is being split in two. On one hand are the older refineries, mostly on the East Coast, which are set up to handle only the higher quality Brent "sweet" crude–a benchmark of oil that comes from a blend of 15 oil fields in the North Sea. Brent is easier to refine, since it has a low sulfur content, though it's gotten considerably more expensive recently. (Certainly another reason for higher gas prices.)

[Be sure to read the whole article, because it also explains why gasoline prices are so much lower elsewhere in the U.S.]

The combination of rising gasoline prices with reduced quantities being supplied indicate that the relative decrease in supply stemming from the recent refinery closures is currently driving the price of gasoline in the U.S. by more than what would be driven by rising crude oil prices alone:

We will note however that actual journalist Matthew Philips is incorrect when he suggests that "the President doesn't have that kind of pricing power". The supply disruptions from the closure of money-losing oil refineries on the East coast and their result effect upon gasoline prices could have been minimized simply by subsidizing their operations - much as the President has been willing to subsidize "green energy" companies that were also certain to fail, like Solyndra.

By our estimate, the $500 million of taxpayer money that the President put on the line and lost on that one company would have been sufficient to keep just one of these recently closed refineries going for another 500 days - thus avoiding the supply disruption and massive run-up in U.S. gasoline prices. (And that doesn't include all the other "green energy" business failures where taxpayer money has been permanently lost that could have gone to create or save real refinery jobs!)

At least then, taxpayers might have something more to show for the money the President was so determined to waste, no matter what!