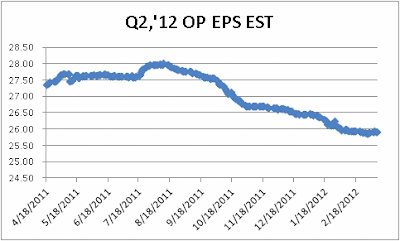 The current edition of Standard and Poor's S&P 500 Earnings and Estimates spreadsheet features a pretty remarkable chart, showing how the future expectations for the index' operating earnings per share for the second quarter of 2012 has changed from 18 April 2011 through 8 March 2012.

In the chart, we can see that the future for expected earnings in 2012-Q2 isn't as bright as it used to be, as the forecast future operating earnings per share for the S&P 500 is more than $2.00 per share less than it was when it peaked just seven months ago!

What a difference that seven months can make!

But those are operating earnings per share - what about actual (or "As Reported") earnings per share? The sum of all the actual earnings that the 500 companies that make up the S&P 500 index will collectively record in their financial statements, divided by their collective number of shares outstanding?

Here, we've been periodically sampling the data from S&P's Earnings and Estimates spreadsheet to create the following chart showing the expected future for S&P 500 earnings per share at various snapshots in time, from 2009-Q1 through 2013-Q4. 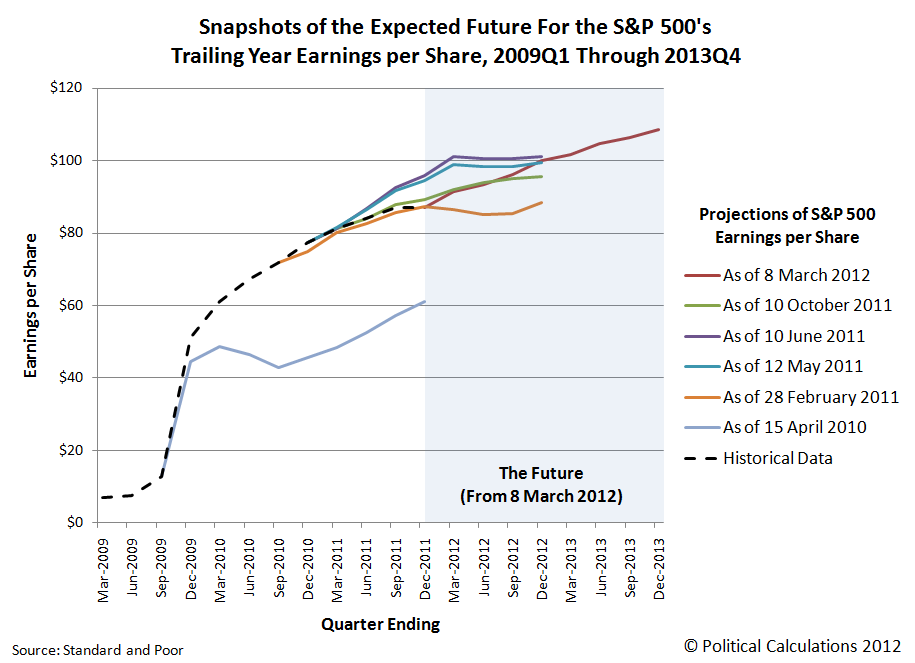 We'll see just how closely the future for earnings per share plays out as compared to what S&P predicts!