If your tax rate goes up by a lot, will the amount of taxes that you pay go up by a lot as well? 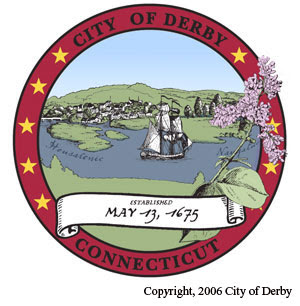 To understand why, let's use a real world example. Let's say we're talking about property taxes, such as those in Derby, Connecticut, where the mill rate for the town's property taxes has just been jacked up from 27.9 cents to 36.6 cents per $1,000 of its assessed property value.

[Yes, we know our lone reader in Derby, Connecticut is snickering at the idea that there are any million dollar homes in town, but please bear with us!]

Clearly, that would be bad news for the property owners in the Top 1%, wouldn't it? The town of Derby, Connecticut could really be sticking it to its landed aristocracy with that kind of massive property tax hike while being able to fully support the full amount of spending its civic leaders want to do, right?

But there's one major problem with achieving that result in reality - the assumption that everything else is being kept equal is false! And what actually happened with Derby, Connecticut's property taxes helps show why huge increases in tax rates don't necessarily translate into huge increases in the amount of taxes actually collected for the government involved!

What has actually happened is that at the same time Derby boosted its property tax rate, it also altered its assessed values for the properties to which it would be imposed. Here's how that affected one resident:

The revaluation Gods now say that same house is now assessed at $140,280.

NOTE: This is only one example of one property in Derby. The revaluation Gods do not look at all assessments the same.

Here, we see the change results in an increase, but one that's just $25 higher, or just under 0.5% more than the resident's previous property tax bill. That's way less than the 31% increase suggested just by the increase in the town's property tax rate!

These kinds of dynamics are a big reason why the phenomenon of Hauser's law works with respect to the nation's federal income tax, regardless of however income tax rates have been set since the end of World War 2. To get high tax rates passed into law, politicians have to provide increased tax deductions, tax credits and provide other special channels by which paying taxes may be avoided to keep the actual amount of taxes paid from increasing to levels where people who can affect their ability to remain in power would really become upset at them.

As a result, the combination of concessions and tax avoidance strategies that develop in reaction to tax rate increases prevent them from ever generating the level of tax collections that governments hope will support their desired level of spending.

Worse, if tax rates are set too high, the amount of effort that people will go to to create special exemptions and deductions into the tax code or pursuing other tax avoidance strategies can generate lots of non-productive economic activity. If you need an example here, just think of all the things that the extremely wealthy have gotten the government to do to support hugely wasteful "green energy" projects through their funding and support of seemingly environmentally-oriented interest groups, which turn out to really be political front organizations advocating for the special interests of those in power.

If only they would learn once and for all to accept and live within their limits.