Now that the U.S. Bureau of Economic Analysis has released its third estimate of GDP in the first quarter of 2012, we can now officially project where U.S. GDP for the second quarter of 2012 will be when it is nearly finalized three months from now!

Our chart below shows the forecast, expressed in terms of the inflation-adjusted chained U.S. dollars of 2005: 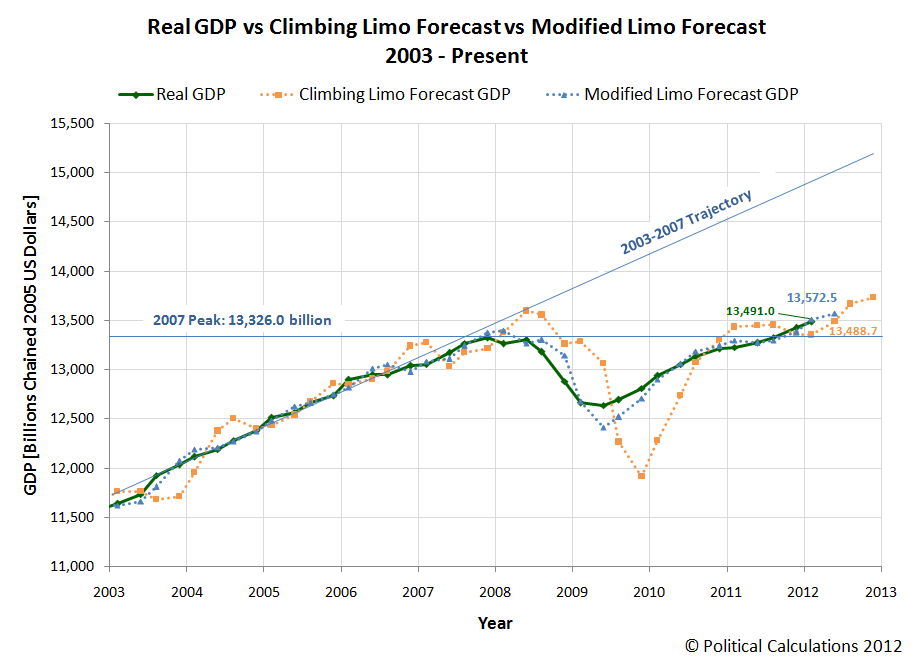 We'll also give the following odds that it will be between the indicated values (again, in terms of constant 2005 U.S. dollars):