We're going to feature three charts today, in which we'll compare the states of Maryland and Virginia in the United States. Why? Well, aside from the rivalry between each state's respective college football programs, Maryland has long held a reputation for reportedly being the home to the largest concentration of millionaires (aka "rich, seafood-loving snobs") in the United States, while Virginia maintains itself as a much more down-home kind of place, especially once when you get away from the parts closest to Maryland.

We ask the question because of the ongoing controversy of whether or not Maryland's chronically high state income taxes are progressively convincing its highest income earners to live and work somewhere else.

Our first chart shows the number of federal income tax returns filed in the states of Maryland and Virginia from 1997 through 2010: 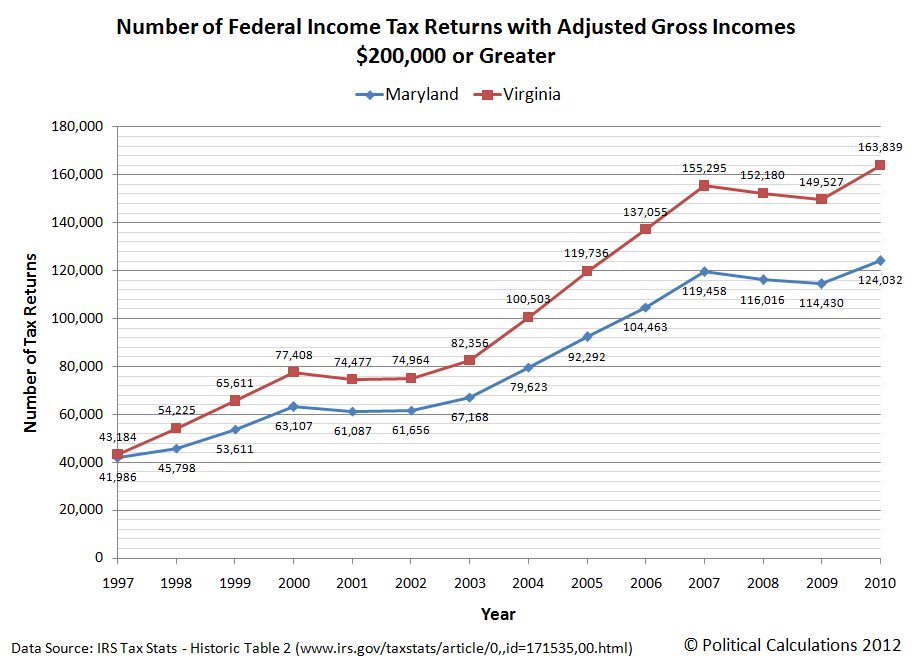 Right away, we see that something is up - although both states started very near the same level in 1997, Virginia would appear to have strongly outpaced Maryland in adding to the ranks of its highest income earners in the years from 1997 through 2010.

But is that as strong a pace as it seems? There are two main factors that might play into the numbers here - the relative economic growth between the two states and the respective size of each state's population.

Considering economic growth first, we'll look at the year-over-year growth rate of the number of $200,000 or greater AGI earners, since that value would be more likely to be affected by economic factors, because incomes change faster than population. Here, a state with stronger economic performance will see higher growth rates, which affect the number of $200,000+ tax returns filed each year by boosting people's incomes. 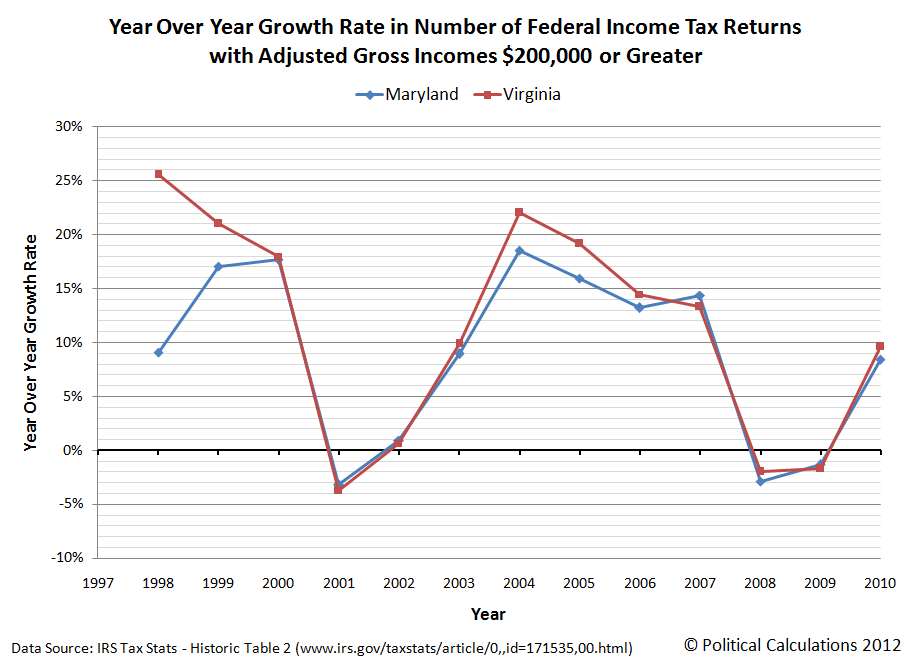 One thing we do note is that in bad economic times, which correspond to negative growth rates, each state's performance is similar, while Virginia has typically outstripped Maryland in good economic times. Even though its economy has gone through larger boom-bust type cycles, Virginia's busts have been no worse than those of Maryland's less dynamic economy. 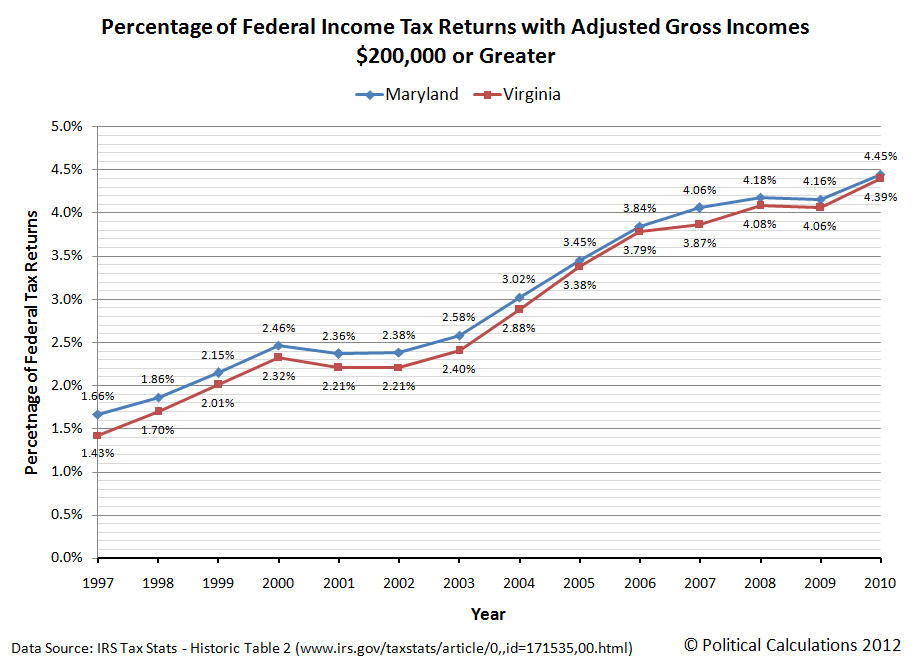 Taken all together with the data presented in the previous charts, what that means is that Virginia is doing much better than Maryland in attracting a growing number of high income earners to live and work within its state borders. If all things had been equal, we would see the gap between the percentage share of high AGI tax filers for Maryland and Virginia either hold largely constant over time, or if Maryland were a more positive place for high income earners, the gap would grow over time as Maryland's share of these tax filers would separate from Virginia. Instead, it appears that high income earners are increasingly finding their homes more often in Virginia than in Maryland.

There are reasons for that. And though this analysis doesn't definitively answer the question, each state's relative level of taxation on high income earners and their influence on the choice of where to live and work is among the reasons for what we observe.