We're continuing our series on men, women and income in the United States today, with our first stop being a look at the number of individual men and women counted as having income in the years from 1947 through 2010: 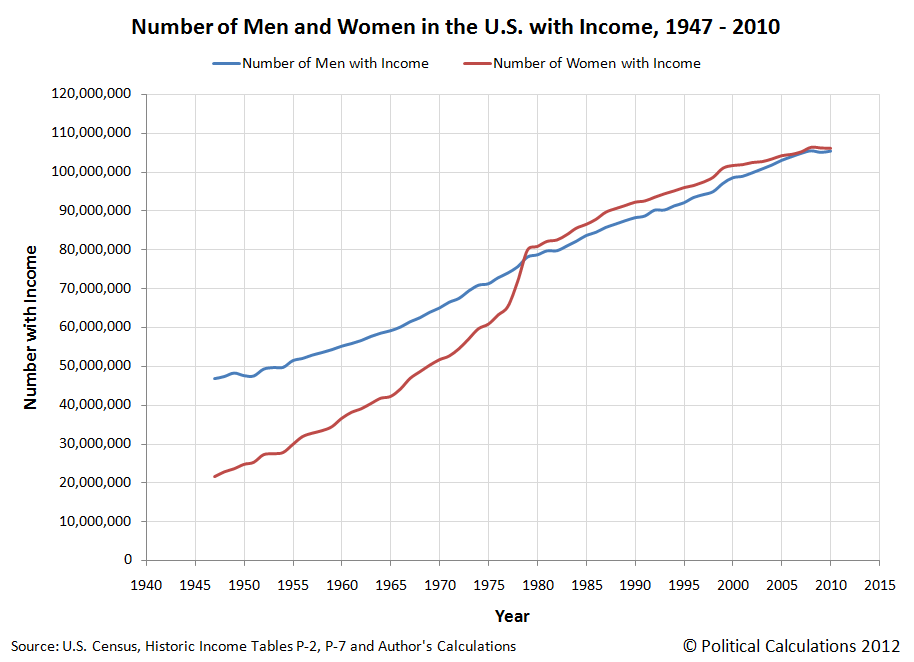 As best as we can tell, the apparent sudden shift in employer hiring preferences for women after 1977, which we observe in both the number of women with incomes with respect to men and the growing median income of women in the years since, combined with the greater sensitivity of men's median income to periods of economic recession, likely accounts for the stalling out of real median income growth for men in the years from 1977 through 1996.

Since 1996, the trend in median income growth for both men and women have been more similar, although it still appears that men's median income is still much more sensitive to economic downturns.