Housing prices in the U.S. appear to have stabilized, at least in the short term, at a level of affordability about 14-16% above the typical levels recorded in the ten years preceding the U.S. housing bubble: 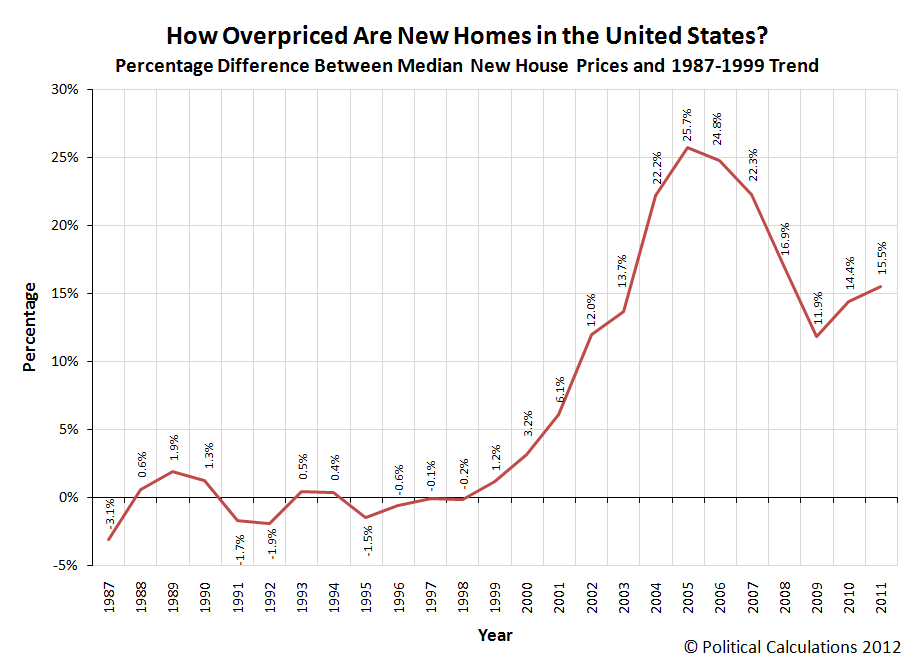 To achieve that level of stability, the U.S. Federal Reserve had to push long-term interest rates below the levels the market would otherwise set to all-time low levels, which it has primarily done using its quantitative easing programs of the last several years. Since the beginning of the long-anticipated new round, QE 3.0 (or "QE Infinity" since the program would appear to not have a planned termination date), 30 year mortgage rates have fallen to 3.49%, an all-time low.

The following chart shows the relationship between U.S. median new house prices and median household income, which provides the basis by which we can measure the relative affordability of houses over time: 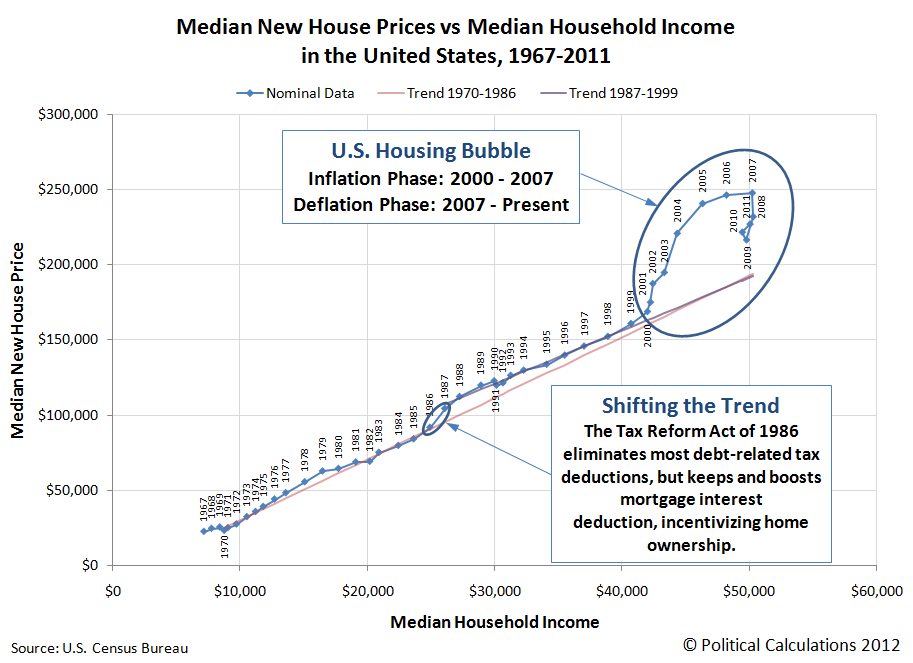 In a sense, U.S. housing prices are being stabilized by one of the main factors that enabled the formation of the bubble in U.S. real estate markets in the first place: the Fed's policies of holding interest rates below the levels that the market would otherwise support. Should that artificial support be removed, we would anticipate that U.S. housing prices would fall sharply in response to the higher interest rates that would follow.