Today, we're updating our ongoing statistical analysis of the major trends in the weekly number of new jobless benefit claims in the U.S. since the end of 2005.

The big change is that since our last major update in April 2012, we've seen the end of one primary trend, gone through another, and have now started a third. Goodbye Trend I. Sayonara Trend J. Hello, Trend K! 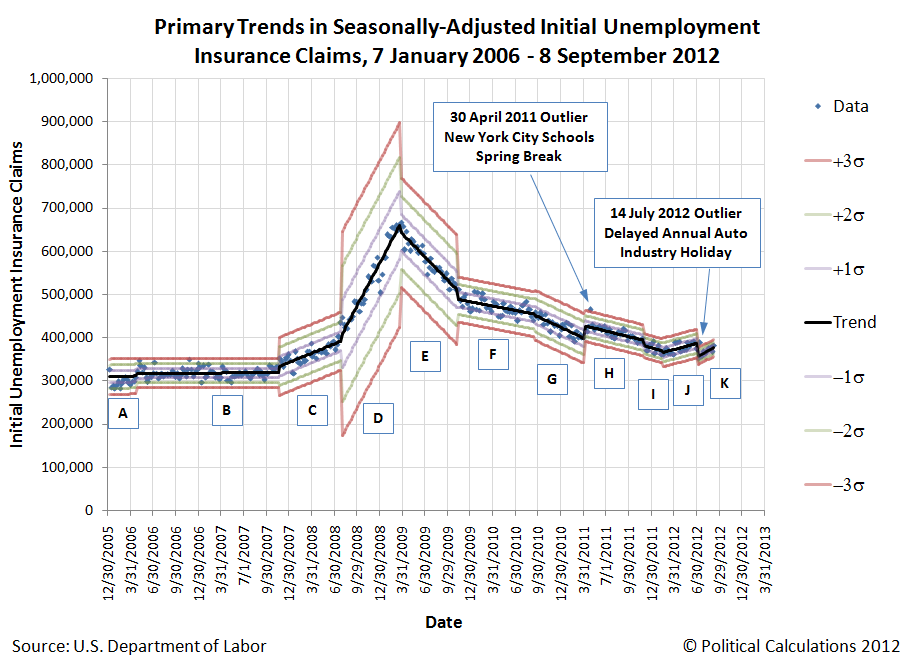 The table below summarizes each of the periods identified with letters of the alphabet in our updated chart showing each of the major trends over the period from January 2006 through the present:

We can see that faster rate of increase in our close-up view of the residual distribution of the four most recent primary trends, covering the period of time since 26 March 2011: 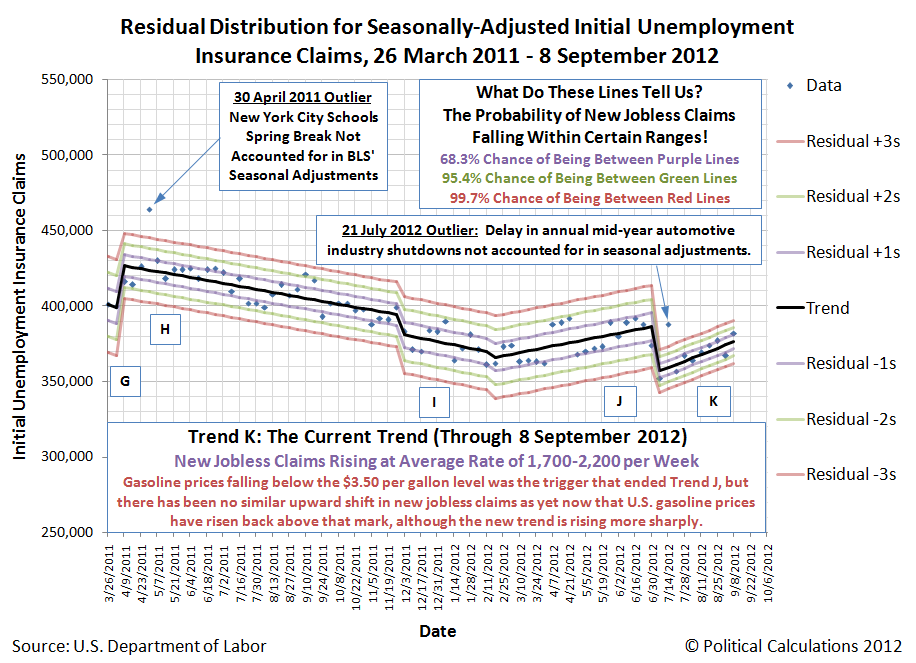 In determining the primary trend for Trend K, we should note that we have omitted the data for the weeks ending 7 July 2012 and 14 July 2012. Both weeks were suspected to be atypical given the delay in the timing of annual automotive industry plant holidays in 2012, which was not compensated for in the BLS' seasonal adjustments. As it happens, the data for 7 July 2012 appears to be right in line with the primary trend we determined using all the weekly data reported in the period since 21 July 2012, while the data for 14 July 2012 appears as an outlier.

We also note that the data for the most recent week ending 8 September 2012 also includes roughly 9,000 additional layoffs due to the effect of Hurricane Isaac. In the context of our statistical analysis, the effect of the hurricane appears to be consistent with typical natural variation in the data.

Finally, we observe that new jobless claims in the U.S. appear to be rising at the fastest rate recorded since the onset of the 2007 recession. As such, this measure indicates that the health of the U.S. job market is currently declining, although we continue to anticipate stronger economic growth in 2012-Q3 than occurred in 2012-Q2.