The future has begun to change for the U.S. stock market. After mostly flatlining since the end of 2012-Q1's earning season, expectations for the amount of dividends expected to be paid in the future began to decline in mid-October 2012 as the outlook for dividends has worsened. 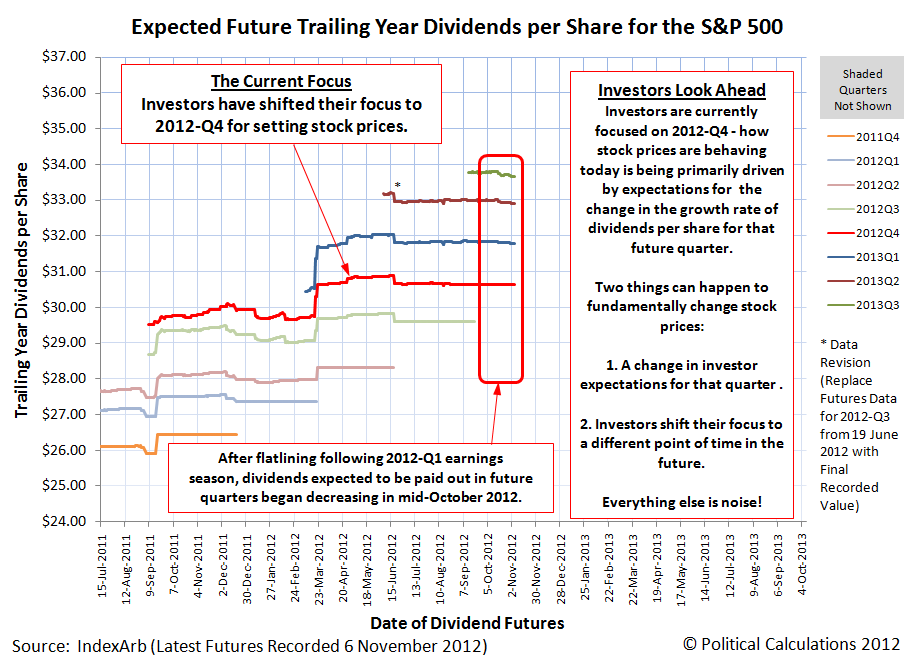 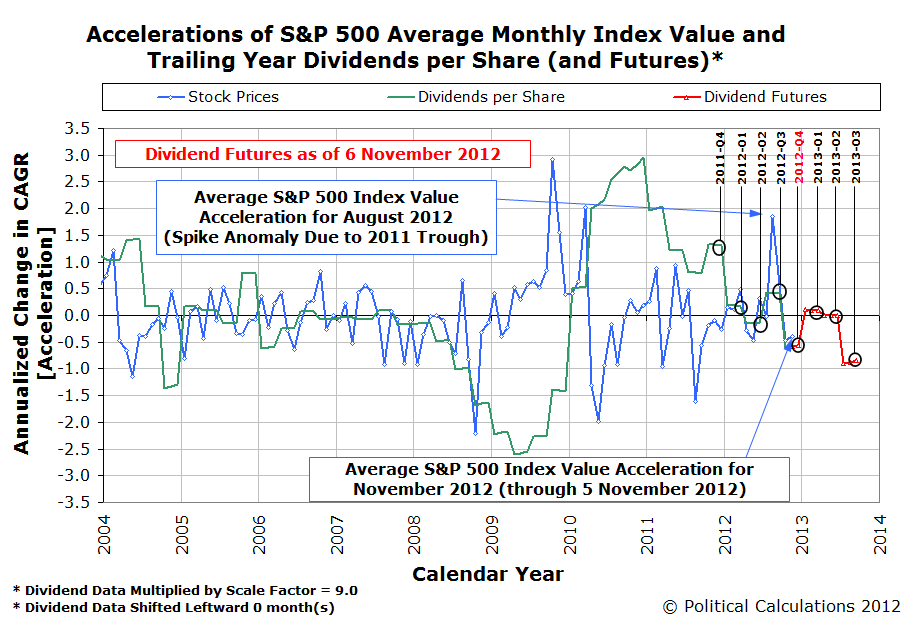 It also appears that the Fed's latest exercise in quantitative easing is failing to produce the same equity lifting effect it had in its previous two incarnations. Previously, we had observed that while the Fed was running its QE programs, the change in the growth rate of stock prices was well elevated above the expected change in the growth rate of future dividends per share.

This time however, we see that the changes in the growth rates of both stock prices and future dividends are not deviating from each other as they did in the Fed's earlier rounds of quantitative easing. That suggests the following possibilities:

Charles Hugh Smith offers more thoughts on the factors that might restrain the success for QE.