Last March, we estimated what the natural unemployment rate for the United States was given the number of employed and unemployed Americans as well as the job turnover rates for which Americans were being hired into new jobs or let go from their old ones. Here's what we found:

Let's do the math again, this time with the data available through the end of 2012:

Running the numbers for December 2012, we find that the unemployment rate at the end of 2012 was 7.85% - just a hair below the 7.87% natural rate of unemployment that we estimated with the January 2012 data we used in our previous calculation. Or rather, the pace of job creation throughout 2012 was not sufficient to significantly lower the official rate of unemployment, just as we expected. 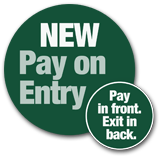 That outcome agrees with our tool's finding for the data of December 2012: there's not a lot of slack in the U.S. job market, so there will be little prospect of significantly altering the official unemployment rate data in the short term.

With that being the case, we can expect little improvement in the official unemployment rate this year, which unless something happens to upset the economy, should slowly converge with the natural unemployment rate. Believe it or not, that's consistent with what President Obama's economic forecasters have predicted for 2013, who foresaw back in July 2012 that the U.S. would have a 7.6% unemployment rate by the end of 2013.

Want to Run Other Numbers for Yourself?

You can get the most recently reported data through the links below!

Just remember not to mix and match the data for different months!