Now that we've addressed the combination of factors that sparked off the first U.S. housing bubble back in November 2001, we're going to turn our attention toward answering one of the most difficult questions regarding it:

Why here, but not there?

To understand why that's a difficult question to answer, consider that the two of the three contributors to creating the bubble were national in scope: money leaving the U.S. stock market in the deflation phase of the Dot-Com Bubble, which provided the spark for igniting the housing bubble, and the Federal Reserve's slashing of interest rates to record low levels, which was the fuel for the fire that followed. 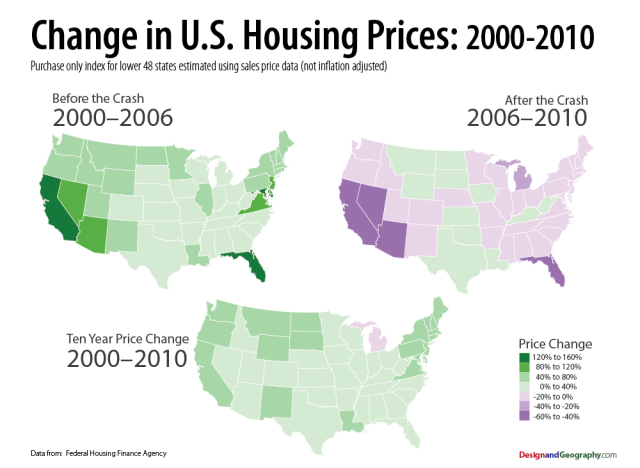 As you can see in the chart above for the years spanning from 2000 through 2006, the years covering the inflation phase of the first U.S. housing bubble, the U.S. housing bubble would appear to have been most concentrated in just six states. Or actually in just four states, since the growth in house prices in Maryland and Virginia was largely driven by the rapid expansion of the U.S. federal government following the 11 September 2001 terrorist attacks.

So that leaves California, Nevada, Arizona and Florida as the four states where the U.S. housing bubble had its greatest, most disproportionate impact on the value of housing, while most other states saw either moderate, and in some cases, almost no impact on housing prices. 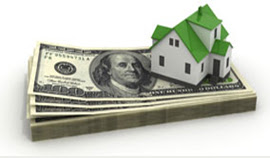 The key to unraveling all this is the role of what we've described as oxidizer - the "environmental" factors behind the first housing bubble. And the first environmental factor to consider is where the money that provided the spark went first after leaving the U.S. stock market.

To put it simply, it went home. It first went to wherever those who had invested in stocks during the Dot-Com Bubble lived. As it happens, a very large portion of those investors lived in California, home to 1 out of every 8 Americans, but more importantly, whose Silicon Valley was the epicenter of the technology companies who benefited from the gains in the shares of stocks they owned and sold during the Dot-Com Bubble.

That combination meant that a lot more than 1 out of every 8 dollars leaving the stock market ended up in California. And subsequently, in California's real estate as many of these investors were young people who were also employed at the technology firms that directly benefited from the Dot Com Bubble. Many of these individuals took advantage of their windfalls to move up into nicer homes in the areas near where they worked, where housing prices were already high.

As for those stock market investors who lived in other parts of the country, many did the same thing with the money from their former investments. But with so much money in hand, and housing prices so much lower than California in most of the other places where investors pocketing Dot-Com Bubble dollars lived, a lot of that surplus money went toward second homes. Particularly in places where people would rather live, at least during certain times of the year. Such as during the winter months for the large number of Americans who live in the densely populated, but snowy northeast, who pursued the chance to own second homes in much warmer places known for their vacation resorts and other recreational amenities. 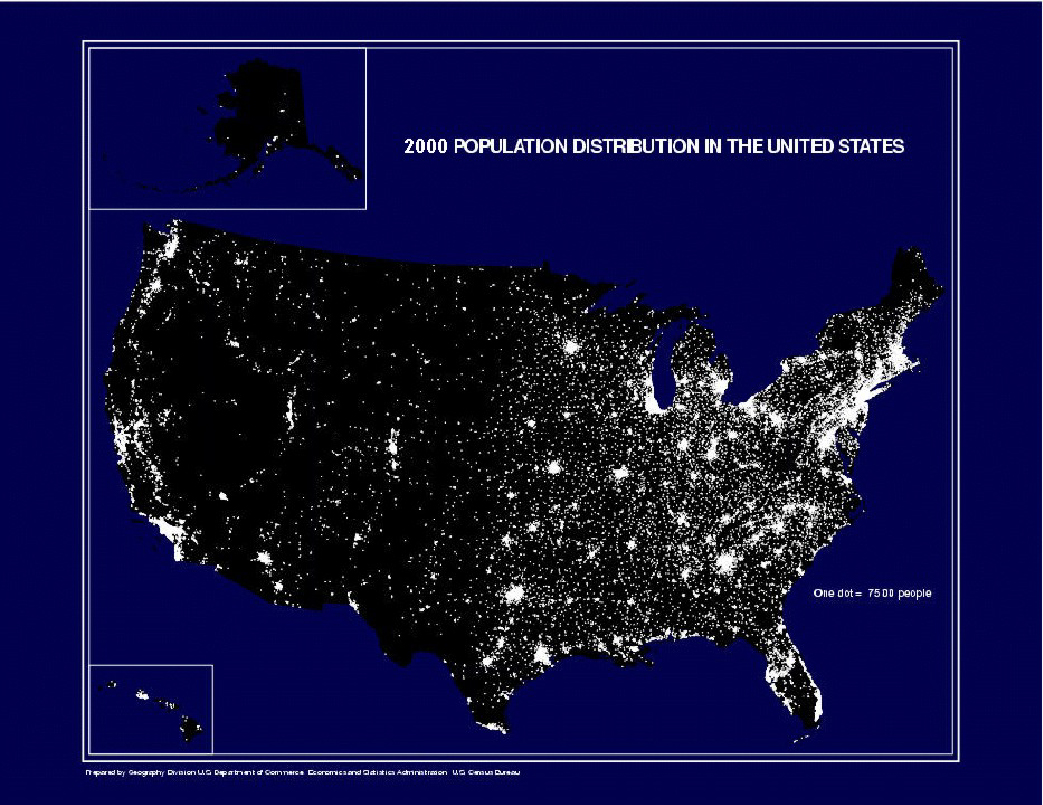 And that's why Florida, Nevada, and Arizona saw such a sharp rise in home prices compared to nearly all other states. Investors snapped up the available properties for sale in these states at a very rapid clip in the early stages of the first U.S. housing bubble, sending house prices skyrocketing in the places they coveted.

That activity, in turn, created opportunities for people who found it took very little effort to buy a house, wait a few months, then resell for a large profit as the inflated demand for housing stimulated further increases in home values, which then stimulated demand for building new houses.

And it wasn't just these home flippers and home builders who benefited from the rise in home values. Long term home owners took advantage of the rise in valuations to refinance their mortgages at the very low interest rates that took hold, taking out the gains in their home's equity and spending it, further stimulating the bubble economy that developed.

The Federal Reserve, for its part, aided and abetted the ignition of the first U.S. housing bubble by throwing more fuel on the fire it helped start, cutting interest rates in November 2002 and again in June 2003 to record lows, then holding them well below where the Taylor Rule indicated they should have been for a sustained period of time, as pointed out by Bud Conrad in the following chart from Casey Research. 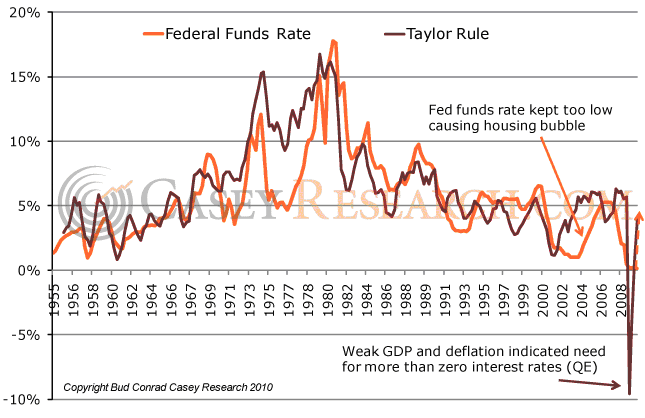 Side Note: This is probably a good to time to ask the question: "Why wasn't there a housing bubble in the United States from 1973 through 1979?" After all, the Fed appears to have set interest rates far too low during that period with respect to the Taylor Rule according to the chart above.

The answer of course is that there is a missing element for making an economic bubble: the spark needed to ignite it. During that time, there was no relative windfall of cash suddenly coming into the hands of Americans looking to buy houses the way there was following the bursting of the Dot-Com Bubble two and half decades later. As a result, the Fed's policy of holding interest rates too low during much of the 1970s contributed to the high levels of inflation that characterized the economy during those years, instead of having the effects concentrated in the housing sector of the economy.

The party however couldn't go on forever, as the Fed became increasingly concerned about the economy becoming overheated. In June 2004, the Fed began cranking up interest rates a quarter point at a time in each of its Open Market Committee meetings for the next two years.

But it wasn't enough to stop the bubble, which didn't even begin to start slowing down its rapid expansion phase until September 2005, before changing trajectory to a much slower pace of increase after May 2006. Even then, home prices didn't peak until March 2007, after which they went mostly flat before the first U.S. housing bubble finally entered its deflation phase in November 2007, six full years after it originally ignited.

So how did the first U.S. housing bubble resist the Fed's efforts to extinguish it for so long?

In the third installment of our series, we'll point to the role of oxidizer once again in fanning the flames of the first U.S. housing bubble.