Those aren't necessarily easy questions to answer, but today, we're going to first by visualizing the number of single person households in the United States since 1900, and then by presenting a tool to extract the data from our visualization. To do that, we'll use all the data we've been able to obtain from the U.S. Census Bureau, which up until 1960, isn't very much. That limitation is what makes those questions not so easy to answer!

All that work comes together in our chart below: 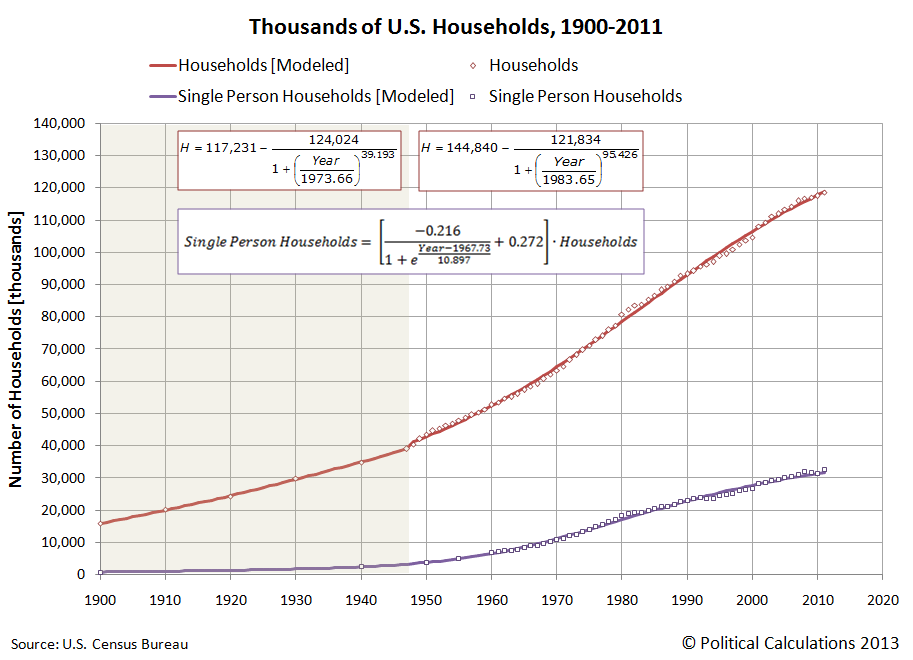 Social Indicators 1976. Selected Data on Social Conditions and Trens in the United States. Table 2/17. Average Household Size, Single-Person Households as a Percent of All Households, and Number of Divorces per 1,000 Population, Selected Countries and Years: 1955-1975. [Online Book]. December 1977.