The 15th of April in 2013 was a bad day on many different levels. It was one of those days that started that way, then only got worse.

Let's focus on the stock market. Here's the chart that we know many of you are waiting to see: 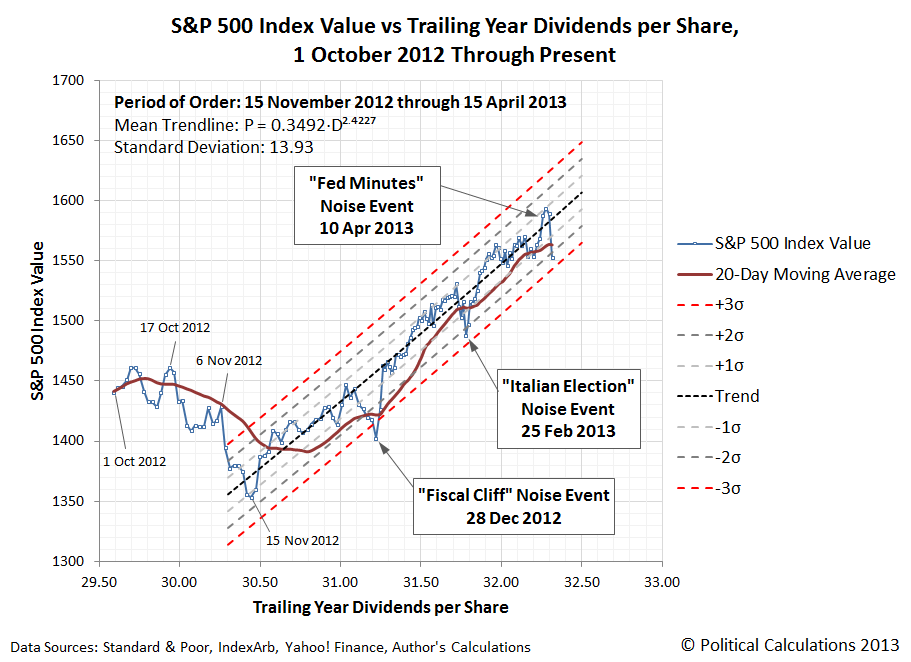 On 15 April 2013, the S&P 500 fell 36.49 points to close at a value 1552.36, as our interpolated trailing year dividends per share figure for the day reached $32.31. That's a little over 11 points higher that the value of 1541 that would coincide with our statistically "not necessarily wrong, but useful" sell signal, which would be triggered if the S&P 500 closed at a value below that level.

The market did not close below that level, so an investor who might be using our newly developed method to help decide when to sell would not have done so. By this method, which is designed to preserve gains and to minimize losses by indicating whether an established period of order in the stock market might be beginning to break down, such an action would still be premature.

At present, the value of the S&P 500 that an investor might use to pocket any gains they have accumulated and to minimize any losses that might result from a breakdown of order in the stock market is rising by roughly 2.4 points per trading day. By Monday, 22 April 2013, that level will have risen to just over 1553, which coincides with our interpolated trailing year dividends per share figure for that day of $32.40, which we've determined using dividend futures data for the second quarter of 2013 with historic data for the three previous quarters.

Now, let's look at what's going on fundamentally in the market: 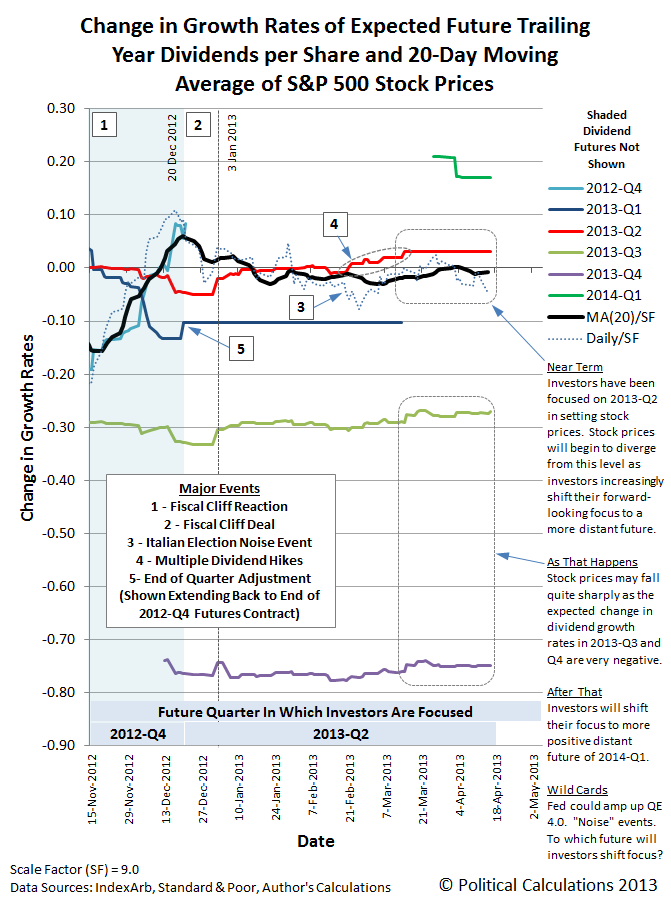 With earnings season for 2013-Q2 now underway, we're starting to see investors shift their focus beyond the current quarter when it comes to setting stock prices. Or rather, we're starting to see some investors shift their focus forward to either the third or fourth quarters of 2013 in setting their expectations for stock prices, while most other investors are still focusing on 2012-Q2 at this time.