In March 2013, the number of Americans counted as being employed fell by 206,000 to 143,286,000 from its level in the previous month, wiping out all of the apparent gains that had been made in that statistic since November 2012 in the process. 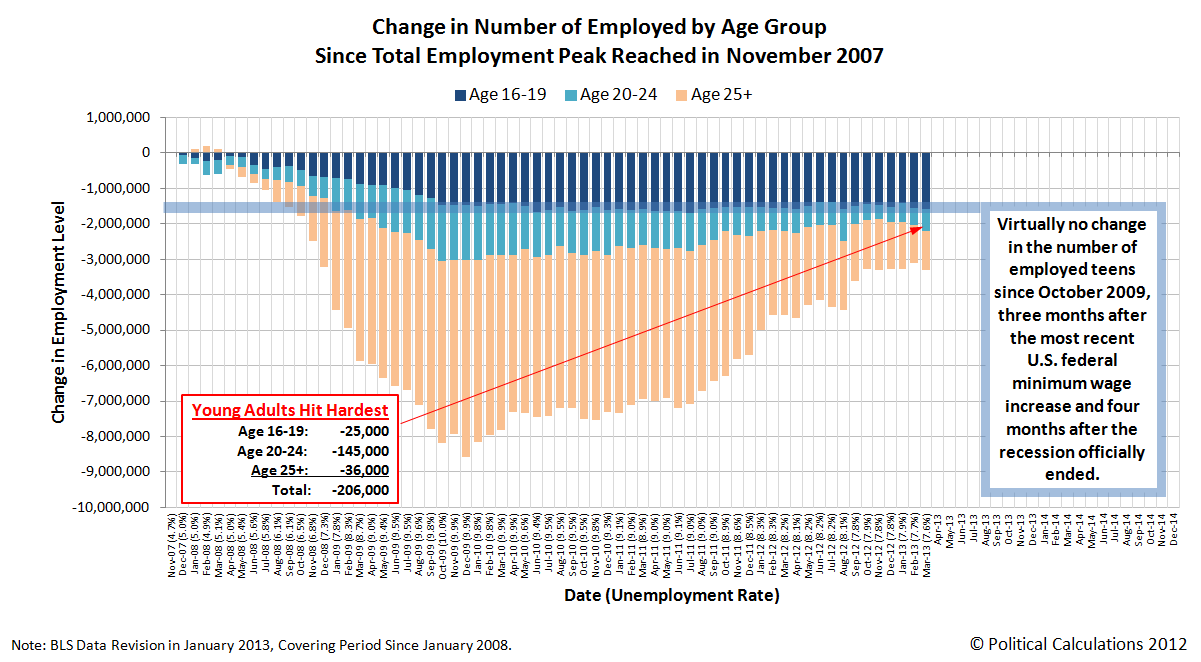 Click here to view a larger version of the chart.

For all practical purposes, there has been no economic recovery for U.S. teens at all since the so-called "Great Recession" officially ended in June 2009. As a percentage of the working portion of the U.S. civilian labor force, teens now account for 3.037% of all employed Americans, the lowest share recorded for teens since July 2011, which at 3.031%, marked the lowest point for this statistic in the wake of the Great Recession.

Apparently, teens are getting a very clear message that they shouldn't even bother looking for even minimum wage jobs unless they get a college degree first.

That would mean then that help wanted ads requiring applicants to have bachelor degrees to be considered for cashier positions at places like McDonalds might not be as accidental as claimed, and might instead be a taste of things to come. Especially if the minimum wage is increased to the point where it no longer makes sense to even consider hiring someone without a college degree, or even anyone, for such increasingly automated jobs.