We were busy doing other things earlier this month, but here's the economic situation with respect to dividends in the U.S. stock market through May 2013: 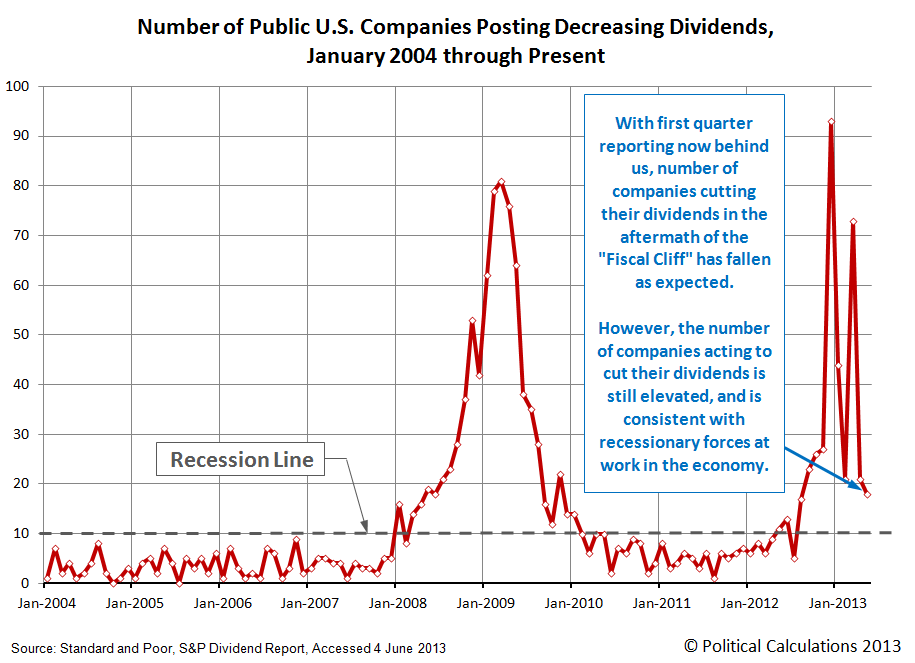 With 18 public U.S. companies acting to cut their dividends in May 2013, the number of companies taking such actions is still consistent with recessionary conditions being present within the U.S. economy.

The level for May 2013 however shows some improvement over previous months, where the number of companies acting to cut their future dividends has been in recessionary territory in all-but-one month since May 2012. We should note that the level of dividend cutting activity in the U.S. was especially elevated from December 2012 through March 2012 as a consequence of the fiscal cliff crisis.

For those who would really like us to consider a longer timespan in our analysis, if you would, please track down a good source of historic data for the entire U.S. stock market with respect to dividend changes and let us know where it is. Something similar to the following source, which only provides data going back to January 2004:

Of course, if you find such a high quality data source, you're more than welcome to beat us to the punch with your own analysis!...