Political Calculations
Unexpectedly Intriguing!
June 3, 2013
The S&P 500 Behaving As Might Be Expected 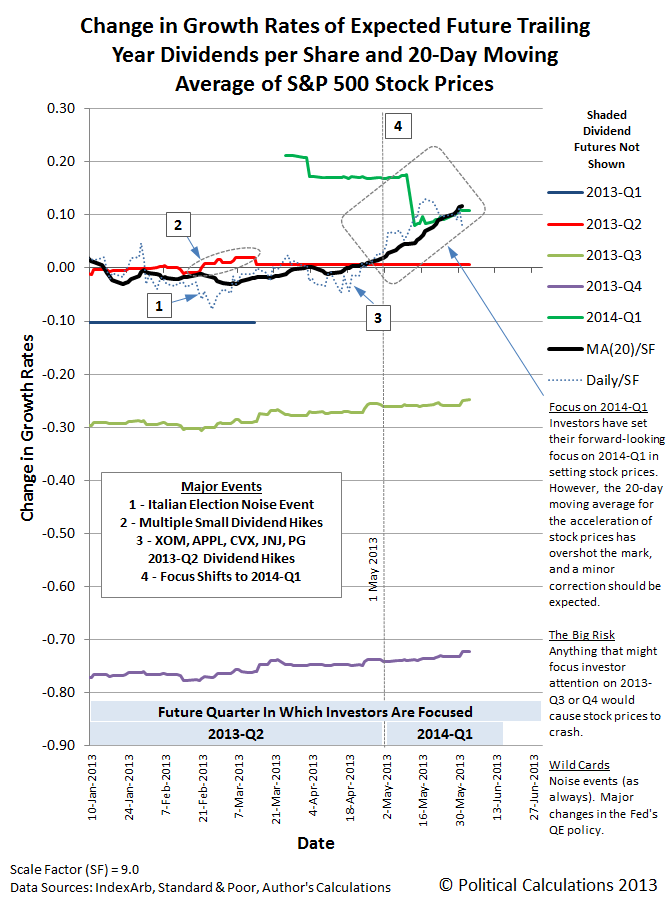 Here, our current expectation for stock prices is that their growth rate will adjust so that the heavy black line on our chart above will generally track along with the green line that indicates the change in the growth rate of dividends per share expected for 2014-Q1.

With that context in mind, even the sudden correction on Friday, 31 May 2013 should be viewed as an expected event, as the heavy black line crossed above the green line. The only way stock prices could adjust in this situation, absent a significant change in the level of 2014-Q1's expected dividends, a shift in investor focus to a different future quarter, or a noise event that would throw stock prices off their apparent current equilibrium, was to fall. Which is what they did....

Speaking of that apparent equilibrium, as long as it holds, we won't be discussing current stock market activity as much as we have during the past month and a half, when it was actually doing something interesting. The list of exceptions in the previous paragraph would be the kind of things that would prompt us to adjust those expectations.