As expected, the S&P 500 experienced a minor correction in the first week of June, ending on Friday, 7 June 2013. Our accelerations chart for the S&P 500's dividends per share and stock prices below shows where things stand as of that date (mind the notes in the margin and note the differences from the previous version....) 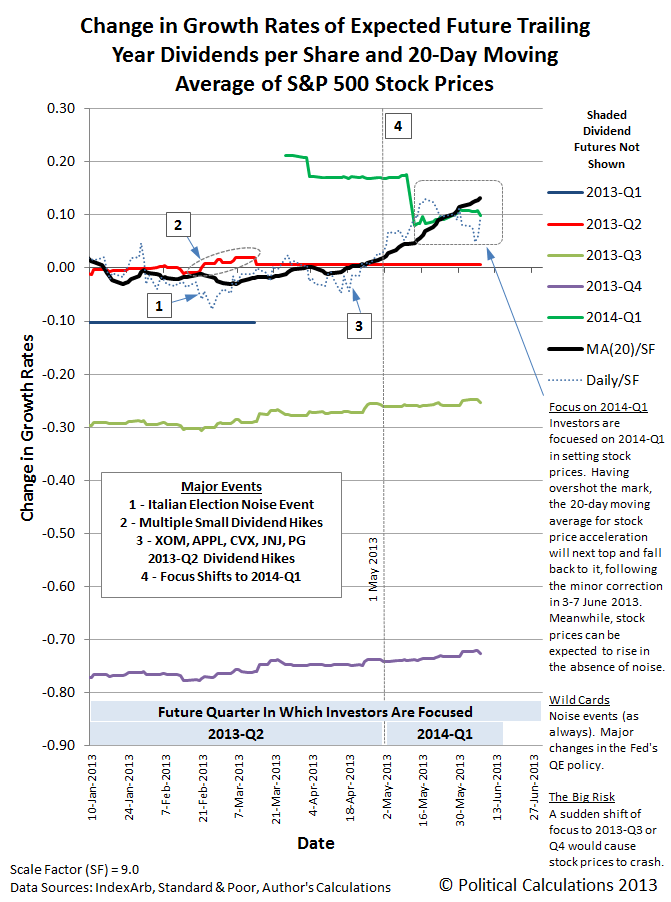 Overall, it was a really boring week, but at least it set up a fun, seeming paradox for our favorite chart. Given the nature of how the moving average of the change in the growth rate for stock prices works, we'll soon see the 20-day moving average for the S&P 500 top out then fall back toward the green line (where it really wants to be), even as the value of the S&P 500 itself rises.

In the relative absence of noise in the market, that would create the potential for the S&P 500 to reach 1700 before the end of June 2013.

But then, noise is always present in the market. It's its volume that's what's random and unpredictable!