The most remarkable thing was documented in the July 2013 employment situation report. There was absolutely no change in the number of employed teens in the United States from June to July 2013.

Meanwhile, the number of young adults Age 20 through 24 who were counted as having jobs increases by 49,000, while the number of adults Age 25 or older rose by 178,000, for a total month-over-month increase in the number of Americans with jobs of 227,000, which was enough to lower the official unemployment rate in the U.S. to 7.4%. 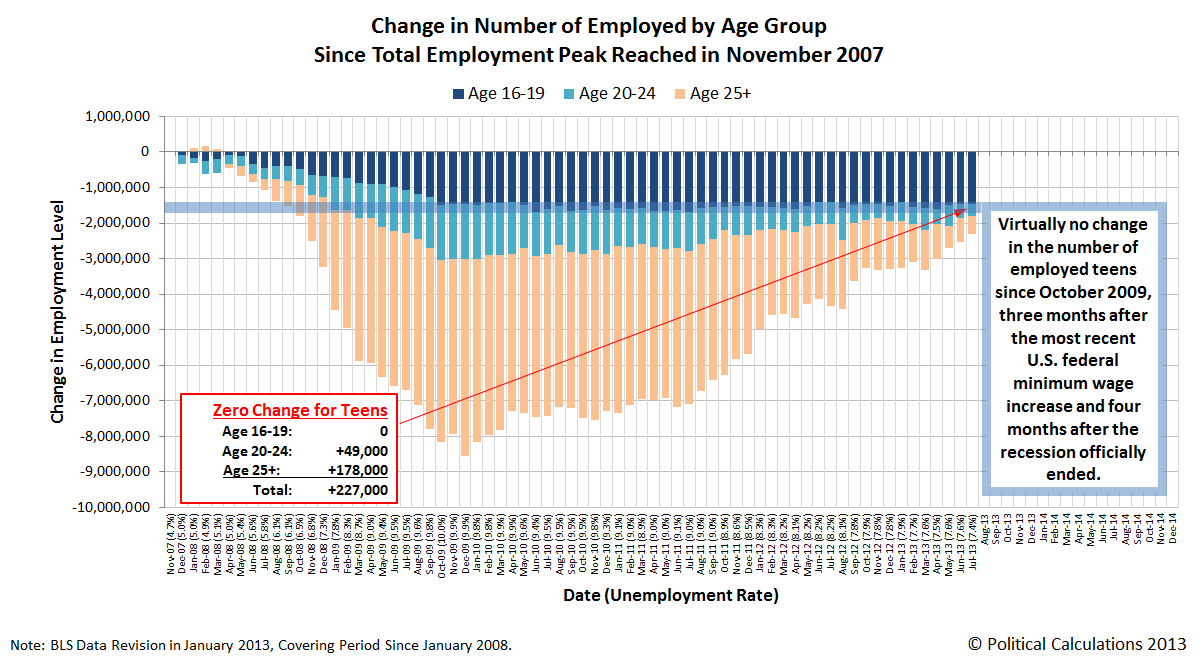 Meanwhile the number of teens with jobs in July 2013 is 4,469,000. Which just happens to be exactly the same number of U.S. teens that were reported as having jobs in June 2013.

It would seem that President Obama has once again failed to help teens get summer jobs, as both he and a large number of Democratic Party mayors across the nation who partnered with the President this past April appear to have been completely impotent in their efforts to create any notable improvement in summer job opportunities for U.S. teens in their communities this summer.

That 11 April 2013 discussion would appear to be the last time that President Obama paid any attention to the stagnant employment situation for U.S. teens, as he certainly isn't considering teens at all in his latest pivot to jobs.

Which means that zero change in the number of teens with jobs this summer fully reflects the level of effort that President Obama has exercised on their behalf, which in turn tells us quite a bit about the priority he places upon their plight.

If only the President cared about American teens more....