Political Calculations
Unexpectedly Intriguing!
17 September 2013
ObamaCare: Should You Pay the Premium or the Tax? 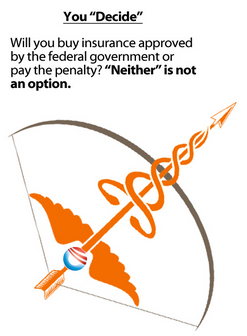 When it comes to ObamaCare, should you pay the premium for buying health insurance on your state's exchange, or would you be better off skipping it and paying the "penalty" tax instead?

In two weeks time from this writing, you may find yourself having to answer that question, and the answer may not be what you think. In setting up the its system for mandating that all Americans have health insurance, the Patient Protection and Affordable Care Act (PPACA) actually creates some really perverse incentives that may make it more desirable for people to dump their health insurance coverage instead. At least, until they might actually need to have it.

You see, ObamaCare actually mandates that Americans who aren't covered by their employer's health insurance either choose to buy costly policies on their state's newly established health insurance exchanges and perhaps benefit from a tax credit subsidy to do so, or choose to "self-insure" and pay a potentially much less costly tax instead.

Here's how the self-insurance part of that works. Because the PPACA prohibits health insurance providers from denying coverage to people with pre-existing conditions, healthy people can choose to go without any coverage and only buy it if they actually need to during the next enrollment period. If the amount of any penalty tax they have is considerably less than the cost of the health insurance they might otherwise choose to buy, they might have a powerful incentive to do just that.

For healthy Americans, the self-insurance aspect of their choice would mean that they would simply pay out of pocket for the health care they actually consume - just the same as those covered by health insurance will do through the co-pays and deductibles for the coverage they have available to them. And while you might be surprised at how inexpensive medical care can be if health insurance is not involved, even for major surgical procedures, the real challenge would come if they suddenly find themselves faced with health care costs that are considerably higher than what they might be able to pay out of pocket using their income, savings and credit accounts.

In the worst case scenario, they might have to get their health care provider to delay billing them for up to the maximum 90-day limit that the law mandates health insurers to provide coverage after they enroll, or perhaps just pay their health care costs out of pocket during that short period of time. But they will still be able to get insurance coverage, and if the incentive to drop it remains after they no longer need it, they are free to choose to do so, because the law permits it and because they are honest taxpayers who cannot be denied their rights. 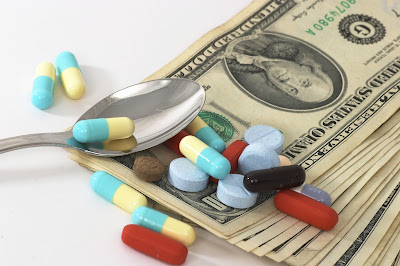 Some might say that these Americans are wasting money on taxes that they could be using to buy insurance instead. But then, those people are ignoring that healthy people can go many years without needing any more than basic, low-cost health care, and that in the year where might might first need health insurance coverage, any tax they might have to pay would be pro-rated for the portion of the year they went without any coverage, reducing any potential waste to a minimum.

Our tool below is the first that's designed to help Americans find out which option under the ObamaCare law, paying a premium or the penalty tax, specifically is better for them. Beginning on 1 October 2013, you will be able to start here to find out how much the plans that will be available on your region's health insurance exchange may cost you.

Until the exchanges officially open for business, you might consider getting the information for your state from the Commonwealth Fund's links to each state's exchange or scanning news reports for your state to find out what these values might be as they become public. The default values we've entered in our tool below apply for a 21-year old who lives in California. There's more to the default values that we've entered, but we'll cover that in a separate post in the future....

Update 10 November 2013: Since the Healthcare.gov web site is proving to be an extremely poor source of information, one that also puts the private, personal information that you must enter to access plan cost data at extreme security risk, we'll instead recommend a private sector effort that makes the data in the government's site much more transparent: The Health Sherpa, which provides information for those states with health insurance marketplaces operated by the federal government, along with a number of states that opted to operate their own exchanges, such as California. At this time, it is progressively adding information for the state-government operated exchanges.

Although it uses the same premium cost data available on the Healthcare.gov site, which means that the premium cost estimates it provides you will be wrong unless you're either 27 or 50 years old, it at least gives you the information you need to obtain the monthly health insurance premium costs that would apply for you directly from the insurers offering plans in your area. Even though it shares that cost-estimate deficiency with the federal government's Healthcare.gov web site, from which its developers obtained the data, the fact that this private sector solution works without putting your personal information at risk should make TheHealthSherpa.com your Obamacare health insurance plan information-gathering tool of choice.

Also, if you're accessing this tool on a site that republishes our RSS news feed, you'll want to click here to access a working version of our tool. Update 18 November 2014: We updated the tool for 2015 and after - just change the year!

If the checking we've done with other sources is any indication, our tool turns out to be surprisingly accurate. And although it's not designed to do this particular math, we've validated the "loss-of-subsidy" effect on the out-of-pocket cost of health insurance for making one penny more than ObamaCare's subsidy eligibility level that CNBC described here.

We then ran the numbers again, this time increasing the total household income by one penny to $78120.01. We find that this hypothetical household would lose out on that $5,362.56 subsidy and have to pay the full cost of $12,783.96. That's one heck of an out-of-pocket cost jump for the mistake of earning just one penny more....

But what CNBC missed in its analysis is that in both cases, if the potential health insurance buyers don't expect to have any significant health care expenses in the near term, it makes far more sense for them to choose to self-insure themselves and pay the ObamaCare income tax than it does for them to pay their state's ObamaCare exchange's health care insurance premiums!

After all, for healthy people, having an extra $7,421.40 or $12,783.96 can buy an awful lot of health care if and when they actually might need it, not to mention whatever else they would rather do with that kind of money if they don't.

We suggest that you take advantage of the Manhattan Institute's "Know Your Rates" site so you can compare how your state's average insurance premiums compare to what identical health insurance plans would have cost before the implementation of the Patient Protection and Affordable Care Act's provisions, paying close attention to the rates that apply for the age nearest your own.

Meanwhile, Chris Conover demonstrates that ObamaCare is a deal that never gets better as you get older!...

In building this tool, we've made a handful of assumptions. Here they are, along with links to our references for data:

Beyond this, we've assumed that for some people there may be a "gray area", who would only have a small incentive to not purchase health insurance, where any benefit in doing so is not very large with respect to their household income, and where the decision to buy or not buy should instead be based upon an assessment of what the buyer's actual health care needs for their household will be in the near term, rather than purely upon its cost with respect to the ObamaCare income tax.

Mathematically, we've defined that gray area as being equal to the difference between the penalty tax they might choose to pay or an amount equal to 3.1% of their income before taxes, which closely corresponds to the average expenditure of U.S. households for health insurance, according to the just-released Consumer Expenditure Survey report for 2012.

As it happens, that percentage is close to the maximum tax penalty of 2.5% of income that will be fully phased in for 2016, so our tool will indirectly communicate that potential future tax exposure.

Here at Political Calculations, our policy is for our tools to always improve over time. This section of this indicates all the significant changes we have made to the text of this article and the code for this tool.