We may have been too optimistic last month in noting the end of a year-long period of microrecession in the U.S. economy.

Here, we've been tracking the number of public U.S. companies that have been announcing decreases in their dividends each month. August 2013 had seen the number of U.S. companies acting to cut their dividends drop below the key level of 10 per month, which we've previously observed marks the boundary between a growing U.S. economy and a U.S. economy that is experiencing recessionary conditions.

The data for September 2013 is now out, and the early suggestion is that the U.S. economy is not yet out of the woods. 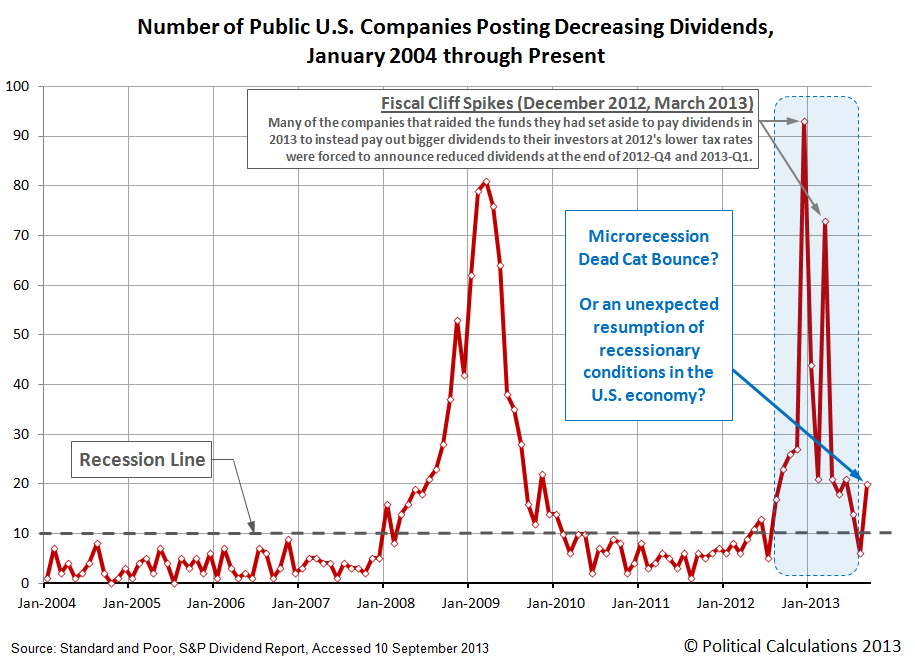 As we ask in the chart, is this a proverbial dead cat bounce (a one-time event as the number of companies acting to cut their dividends bounces back into recessionary territory) or is the U.S. economy experiencing the same kind of recessionary conditions that characterized the entire year from July 2012 through July 2013? 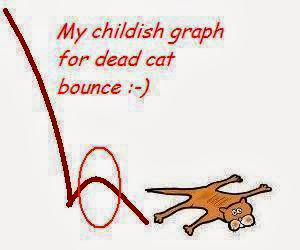 There are two things of which we can be sure. Neither the impact of the partial U.S. government shutdown, which didn't even begin until 1 October 2013, nor the potential impact of a U.S. Treasury default on the U.S. national debt that President Obama has planned for 17 October 2013 are responsible for this outcome.

Instead, since the number of public U.S. companies announcing dividend cuts each month is perhaps the single best indicator of the real-time health of the private sector of the U.S. economy, what the data for September 2013 really suggests is that the U.S. economy is quite not as strong as the previous data indicated.

And that could be a more significant factor in driving today's stock prices than the increasing level of political noise emanating from Washington D.C.