Believe it or not, we've figured out how to fix the dysfunctional Healthcare.gov web site. It's by no means an easy solution, and most of the code supporting the site would have to be junked, but as code development experts, we can see how it could be done successfully. 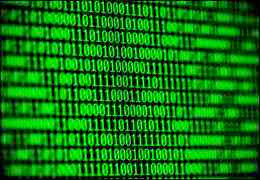 First, all the insurance companies selling health insurance through the state and federal exchanges will need to be required to post their coverage plans' premium, deductible and other data on their own websites and on insurance brokers' or third-party aggregators' health insurance shopping sites that are already designed to do the important part of the job, such as ehealthinsurance.com. What this action will do is allow those who want to buy health insurance through the Obamacare exchanges to actually shop for the plan whose coverage works best for them and then buy it, which is something they cannot do today with any real confidence on the state and federal government-run exchanges.

Next, without leaving those sites, health insurance shoppers will be able to determine how much their costs for health insurance will be after any tax credit subsidies that they might be eligible for based on their income. We already have the code to do that math, so these firms would be able to simply license it from us and then be reimbursed by the federal government for the cost.

Given how the Obama administration has previously valued this kind of work, the amount of reimbursement expenses will total around $47 million, and we would expect to be paid a large percentage of that number for our services in fixing the Obama administration's mistakes. That's a bargain, by the way, because the 'A-team' programmers, 'ninja' coders and 'rockstar' web designers being rushed in the equivalent of a tech surge to clean up Health and Human Services Secretary Kathleen Sebelius' mess will need to be paid even more.

The benefit to the Obama administration is that health insurance consumers will actually be able to buy the health insurance they want, if that's what they want to do. And since the information about the plans (premiums, deductibles, what doctors are in-network, etc.) would be coming directly from the insurers themselves, they could trust it far more than the government-run marketplaces.

The final step for these consumers in this revised process would be to change their federal income tax withholding for 2014 to reduce the amount of their withholding taxes to account for any subsidy they might receive, because they'll be paying the full monthly premiums for the plan they chose. And hey, we have the code for that too!

The advantage to this approach is that it eliminates the need for a big portion of the Healthcare.gov web site that doesn't work. There is just no sense in relying upon the federal government's broken income verification and subsidy eligibility determination systems, whose only real purpose is to pre-pay the subsidy tax credit to the insurance companies on the health insurance buyer's behalf. This is something that just isn't necessary and in the case of income verification, isn't even being done. 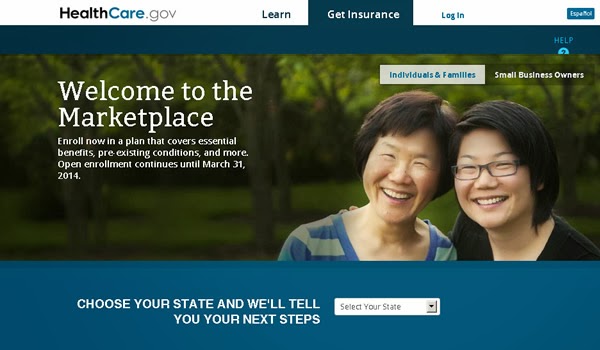 Now, notice that we haven't specified just how the Healthcare.gov web site will itself be fixed. Well, all those tech surge troops can redesign the entire site after first throwing out about 5 million lines of useless code, to instead simply present a place where people can click their state and drill down to their county or city to find links to the sites of the government-approved health insurance providers serving their area, and nothing else.

No accounts to set up, no passwords to memorize, no multiple screens of denied access - none of that nonsense.

And they wouldn't even have to change the current launch screen for the Healthcare.gov site!

See! Transforming Healthcare.gov into a web site that actually works just isn't that hard - if the Obama administration is willing to be transparent how much their health insurance will cost and otherwise remove the federal government from the picture altogether.