That development is particularly evident when we focus just in the period since July 2012. The chart below shows the twelve-month moving average of U.S. median new home sale prices, which minimizes the effect of seasonality in the data: 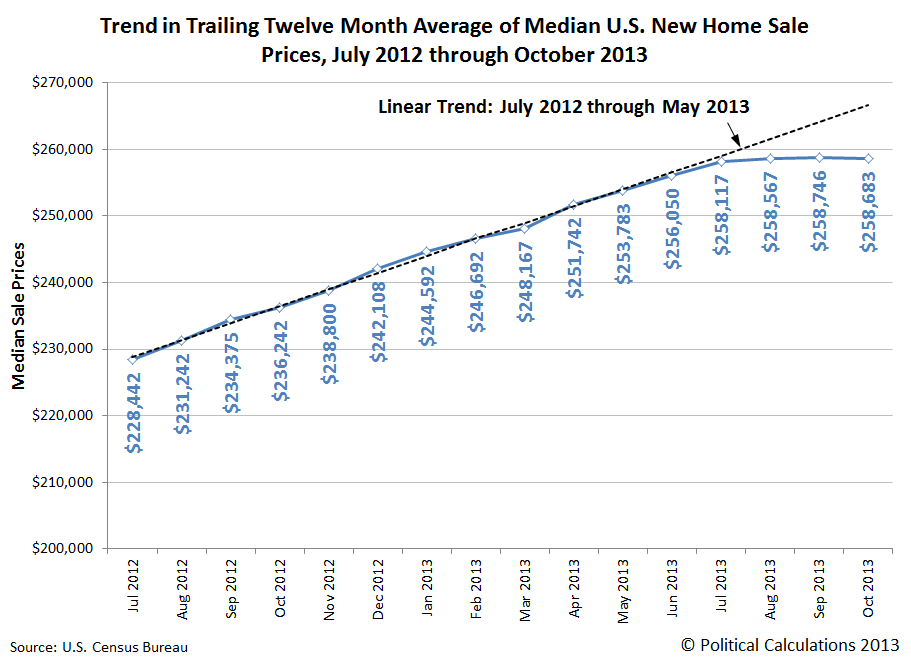 In this chart, we see that the upward trend in median new home sale prices largely held up through July 2013, after which it appears to have stalled out. We should note however that the data for the most recent months is subject to revision, but what we observe is sufficient to determine that things for the new home market in the U.S. significantly changed after July 2013.

Of course, the thing that happened to drive that change was a sudden increase in mortgage interest rates, which spiked upward as it began to appear that economic conditions would lead the Fed to begin tapering its quantitative easing programs sooner rather than later, which would mean that the Fed would decrease its purchases of U.S. Treasuries and Mortgage-Backed Securities. The effect of that change would be to increase both interest and mortgage rates in the United States, given the relationship that exists between the two and although that spike began after April 2013, its effect shows up in the new home sale price data several months later since these prices are recorded when their mortgages are closed, after the typical three-month period required for their construction. 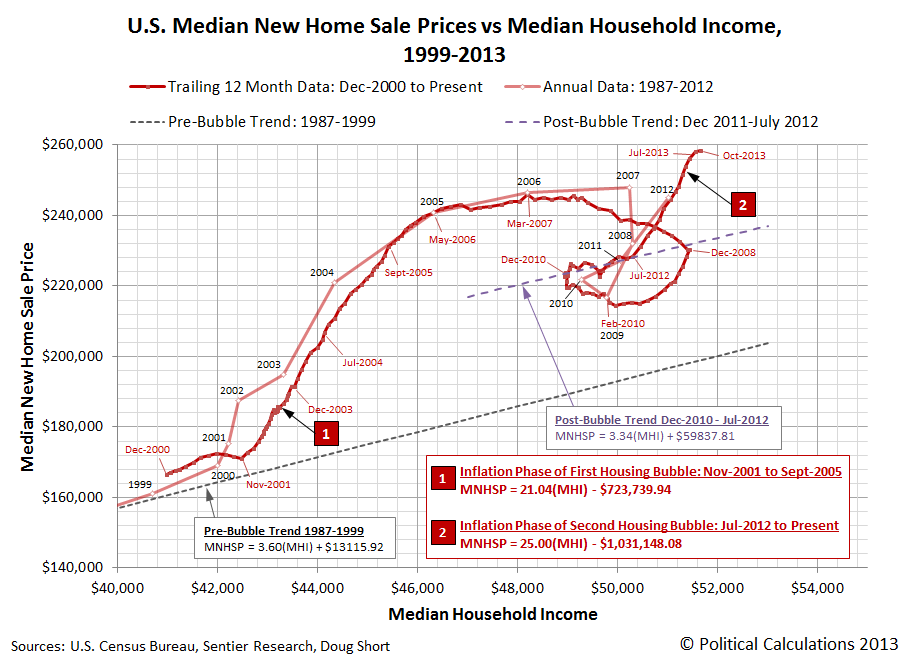 Our final chart shows how median new home sale prices are stacking up against the median sale prices for all homes in the U.S. 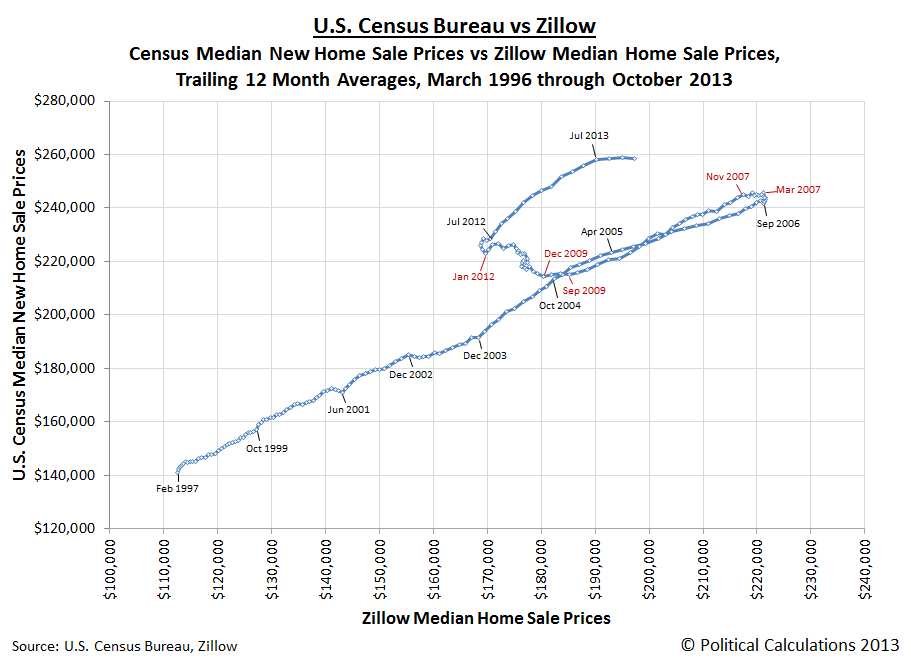