Predatory pricing is the corrupt business practice of deliberately setting the prices of the products and services that a firm sells at extremely low levels, even to the point where the company regularly sustains large losses, for the sake of accumulating so much market share that they can effectively eliminate their competition from the market by outlasting it. Investopedia provides a good definition of what predatory pricing entails:

The act of setting prices low in an attempt to eliminate the competition. Predatory pricing is illegal under anti-trust laws, as it makes markets more vulnerable to a monopoly. Companies may engage in a variety of activities that intend to drive out competitors, such as create barriers to entry for new competitors or unethical production methods to minimize costs.

A sign of predatory pricing can occur when the price of a product gradually becomes lower, which can happen during a price war. This is difficult to prove because it can be seen as a price competition and not a deliberate act.

In the short term, a price war can be beneficial for consumers because of the lower prices. In the long term, however, it is not beneficial as the company that wins a price war, effectively putting its competitor out of business, will have a monopoly where it can set whatever price it wants.

In a genuinely free market, it is extremely difficult for a business to succeed in gaining market share this way. If a firm consistently loses money through this practice, it risks losing the confidence of its investors, not to mention the confidence of its suppliers and vendors, who will eventually remove their support from the firm to protect their own financial interests. 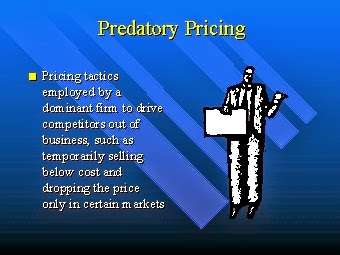 It is also at risk if its competitors act to exploit its predatory pricing for their own advantage. Here, by buying up the unethical business' goods at the prices that are below the level at which the business can sustain its operations, the competitor can push the predatory business to the point where it sustains so many losses from its predatory pricing behavior that it cannot continue. That's a strategy that Herbert Dow famously used to defeat a German cartel that tried to take on the chemical company magnate.

And then, there's the little legal matter that predatory pricing is prohibited by anti-trust laws, which the government has established for the purpose of preventing businesses from using this practice to establish an anti-competitive market where monopolies and cartels thrive at the expense of smaller competitors and ordinary people. Here, through effective enforcement of anti-trust laws, the government can impose enough additional costs upon those businesses and individuals to make this unethical practice too unprofitable to pursue.

But what happens when the government switches sides and allies itself with corrupt corporations against the people?

We have a marvelous case study of that happening today, in the example of a health insurance company that has perhaps crossed the line on this unethical business practice with the blessing of the Obama administration. The Arizona Republic unwittingly reports that's the case in a story that it thinks is about why low-income earning Arizonans won't collect the same kind of subsidies for health insurance purchased through the federal Obamacare exchange that consumers in other states will, but is really about how one business is engaging in predatory pricing behavior that has been enabled by both the Affordable Care Act law and the Obama administration:

Residents of Pima, Maricopa and Pinal counties are poised to collect less in health-insurance subsidies than the vast majority of consumers in the 36 states that use the Affordable Care Act's federal marketplace.

The subsidies are calculated based on a person's income and a community's lowest-cost health policies. In Arizona, those calculations are driven by a single insurer that charges much less than other companies, according to an Arizona Republic analysis.

The "single insurer" is Health Net, a California-based firm that has deliberately embarked on a strategy of losing money to gain market share. The Arizona Republic goes on to describe how the company set up its pricing strategy for its low-quality product and how it affects the decisions of an ordinary consumer:

Health Net says it can offer so many lower-cost plans because it negotiated favorable rates with a narrow selection of providers to form its network. For example, its lowest-cost plans steer metro Phoenix consumers to two for-profit hospital chains, Abrazo Heath Care and Iasis Healthcare.

Still, Arizona residents said they anticipated either more lucrative subsidies, a broader selection of doctors and hospitals, or both.

Mesa resident Tina Coleman scrutinized both the prices and providers that were offered in the insurance plans sold over Healthcare.gov. Coleman, 44, said that making sure preferred doctors and hospitals were covered as "in-network" providers was particularly important. Her 11-year-old son has asthma and allergies.

But the cheapest HMO plans sold by Health Net didn't include her neighborhood hospitals. So she chose a Health Net preferred-provider plan with a broader selection of doctors and hospitals.

The price disparity between Health Net and the other plans — combined with the seemingly low subsidy rates — made it seem that there was very little practical choice when selecting a health plan, she said.

"I was hoping I would have a few more options," Coleman said. "It feels like I'm being kidnapped into Health Net because that is all I can afford."

That's predatory pricing in a nutshell. But to make an anti-trust case, the Justice Department would have to show that the company expects to have the ability to recoup its losses in the future. Which, thanks to certain provisions in the Affordable Care Act set in place by corrupt politicians in collusion with their crony health insurance business partners, they do. In this case, it is even part of the insurer's business strategy:

Health Net also may have established its prices based on financial protections that are included in the law for health insurers.

Health Net CEO Jay M. Gellert, in a recent conference call with stock analysts discussing the company's quarterly earnings, said the insurer was prepared to pay more for customers' medical care than it collected in premiums for marketplace plans.

He said the company could "break even" if a key financial ratio showed that it paid more in medical costs than it collected in health-insurance premiums. He said that the "medical-loss ratio" could reach 120 percent — which is the equivalent of paying $1.20 in medical costs for every $1 collected in insurance premiums. Though Gellert added: "We expect we'll do better."

Health-insurance companies normally pay out 80 to 85 cents in medical costs for every $1 collected in premiums. Because the new marketplaces have financial unpredictability, the health-care law has three programs that protect insurers. Those reinsurance, risk-adjustment and risk-corridor programs limit potential losses. Gellert cited those programs during his conference call.

And speaking of recouping these deliberate business losses in the future, here's the perspective of a local independent insurance agent, who recognizes that the practice is not without precedent in the industry:

Even though Health Net has priced its plans below its competitors, that does not mean those prices will last beyond 2014.

Health-insurance companies can adjust their prices each year. If they are not collecting enough in premiums to pay for potential health claims, they can raise rates the following year.

"They are clearly much more competitive than just about everyone in the market," said Leafman, president of Health Insurance Express. "It wouldn't be the first time a carrier doing a market-share grab with the hopes of readjusting the rates upon renewal."

Because the law represents President Obama's "signature" achievement in office and because of the extreme politicization of the Justice Department under his tenure, it is unlikely that the ordinary consumers who are already being negatively affected by Health Net's predatory pricing actions will ever be prosecuted under the nation's anti-trust laws.

This is because the government's leadership has effectively switched their allegiance away from ordinary Americans in favor of their crony relationship with the select members of a new cartel of insurance companies. A cartel made up of the insurers whose policies the Obama administration individually reviewed and approved before it allowed them the access they needed to sell their policies in the Affordable Care Act's federal health insurance "marketplace". 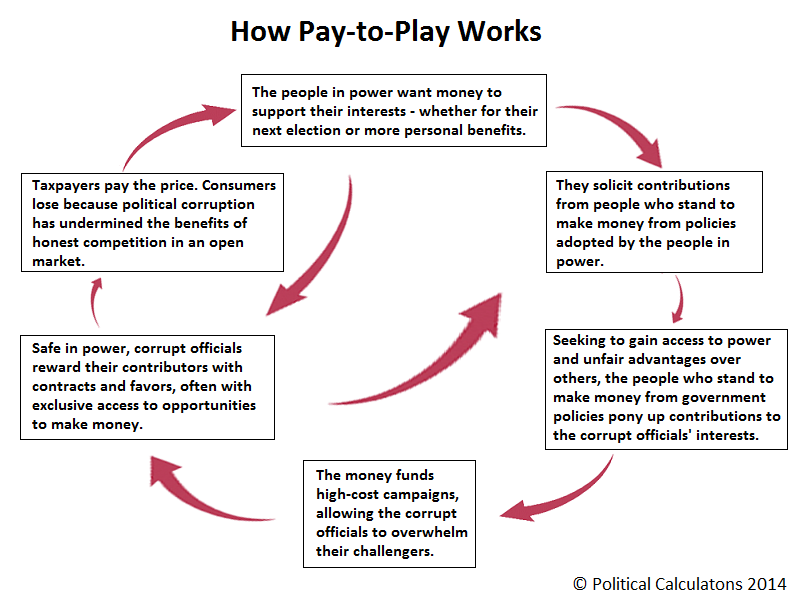 If gaining access is the name of the game, it doesn't hurt to grease the political wheels in Washington D.C., especially if the game involves a "pay to play" scenario.

OpenSecret.org's database of political donors indicates that Health Net's CEO and California resident, Jay M. Gellert, has predominantly donated money to the Democratic Party and the party's political candidates since the 2012 elections, including Representative Ron Barber of Arizona - the only politician in the state to whom he has donated money in the period in which his company would be seeking access to sell their policies to the state's residents through the federal health insurance exchange.

Gellert's $1,000 campaign contribution to Representative Barber came one day after the company submitted the details of its Obamacare plans to the Arizona Department of Insurance.

And to think, just a few short years ago, the "culture of corruption" was lamented in Washington D.C. And that was after even the "appearance of impropriety" was something of a concern. Today, it's pretty clear that we've gone far past it just being a culture. Welcome to the world of institutionalized corruption, where trust itself is the greatest casualty as the inevitable outcome of the implementation of the Affordable Care Act.

It's all just another object lesson in how Obamacare breaks trust. Perhaps the only thing that would be more inherently corrupt would be to allow the government to become the sole payer for health care in the United States, where politicians and bureaucrats would be exclusively in charge of choosing who the winners are in deciding who gets access to both provide and consume health care.