It's time once again to take a snapshot of the major trends in S&P 500 stock prices against their trailing year dividends per share over time! Our first chart shows each of the major trends that have existed in the U.S. stock market since December 1991, all the way through to 21 February 2014: 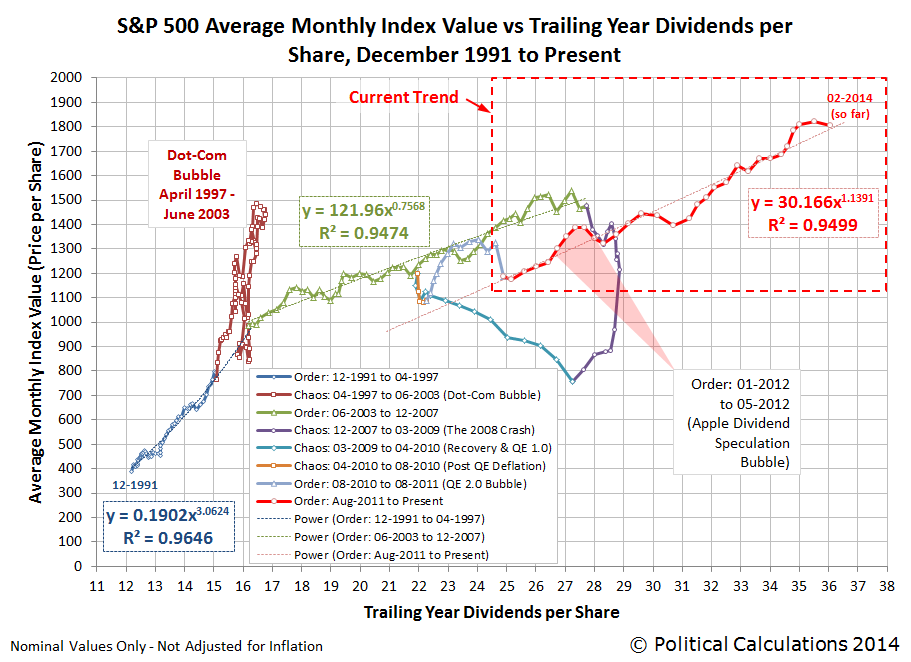 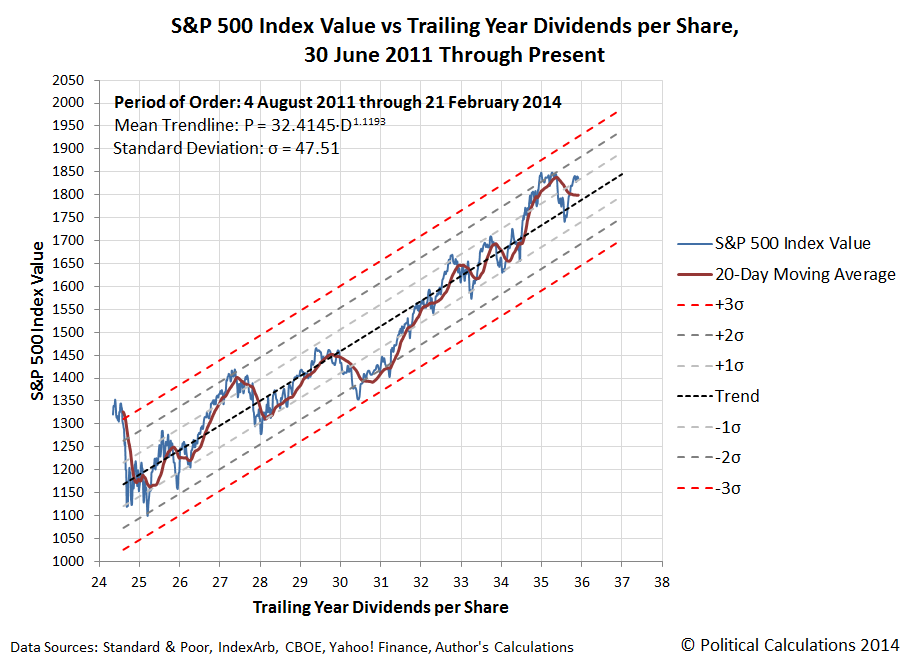 The difference between the regression equations representing the main trajectory of stock prices with respect to deviations in both charts is attributable to the differences in the data presented in each. The first chart shows the average of the S&P 500's daily closing prices during each calendar month, while the second chart shows the S&P 500's daily closing prices.

While this is a characteristic of periods of relative order in the market, our readers should note that over the long term, stock prices are not normal. Since the statistical hypothesis that stock prices are behaving normally during relative periods of order in the market cannot be ruled however, we can use the tools of standard statistical analysis to gain more insight into their behavior during these periods.

One interesting and new observation we can offer is that the size of the standard deviation for the residual variation of stock prices about the main trend with respect to their dividends per share would appear to coincide with differences between the change of the year-over-year growth rates of dividends per share expected in different future quarters.

Which is something that should perhaps be expected if investors do indeed periodically shift their forward-looking focus from one future quarter to another in setting today's stock prices, since it would account for a good portion of the variation we observe in stock prices during relative periods of order in the market.