According to preliminary data published by the U.S. Census Bureau, the trailing twelve month average of median sale prices for new homes fell in February 2014 after peaking a month earlier.

The Census Bureau's monthly data is typically revised upward for several months after it is first reported, as it takes time for larger sales occurring in a given month to be recorded. 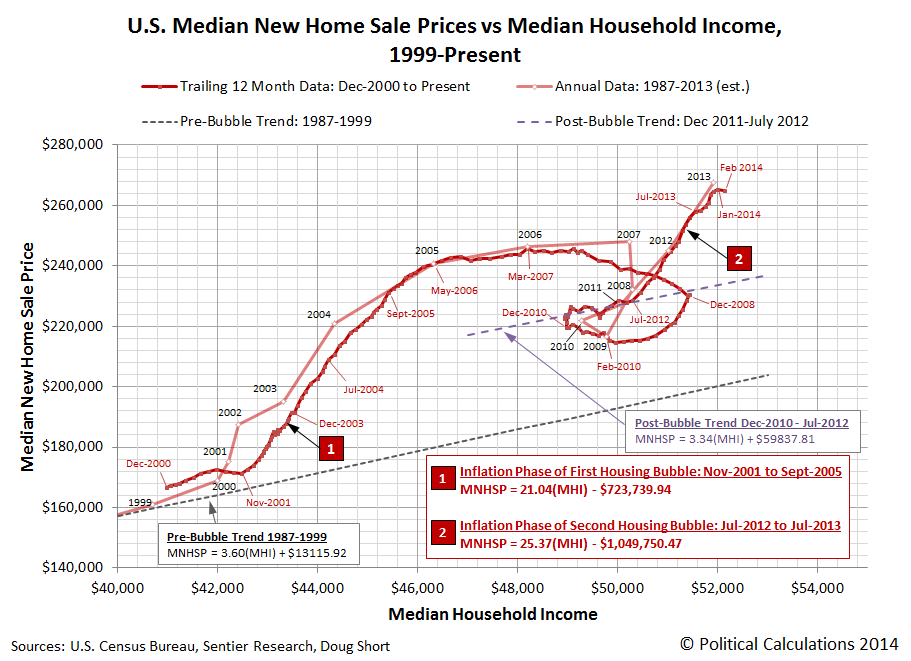 Unless upcoming revisions to the preliminary data change this result, February 2014 would mark the first time since June 2012 that the trailing year average of median new home sale prices declined from the previous month. July 2012 marks Month 0 of the period that coincides with the inflation of a new bubble in the United States according to the data we track.

The 19 month long period of month-over-month price increases in the twelve-month average from July 2012 through January 2014 would be the longest recorded since the 32 months of steady month-over-month increases recorded between January 2004 and September 2006, which coincides with the peaking of the first U.S. housing bubble.

As noted in other analysis, the ISM Non-manufacturing Report on Business for March 2014 indicates that the real estate, rental and leasing industry contracted in March 2014. If so, we may now be witnessing a peak in the second U.S. housing bubble.