On Tax Day 2014, the U.S. federal government owed its lenders over $17.577 trillion. Our chart below reveals who Uncle Sam's biggest creditors are: 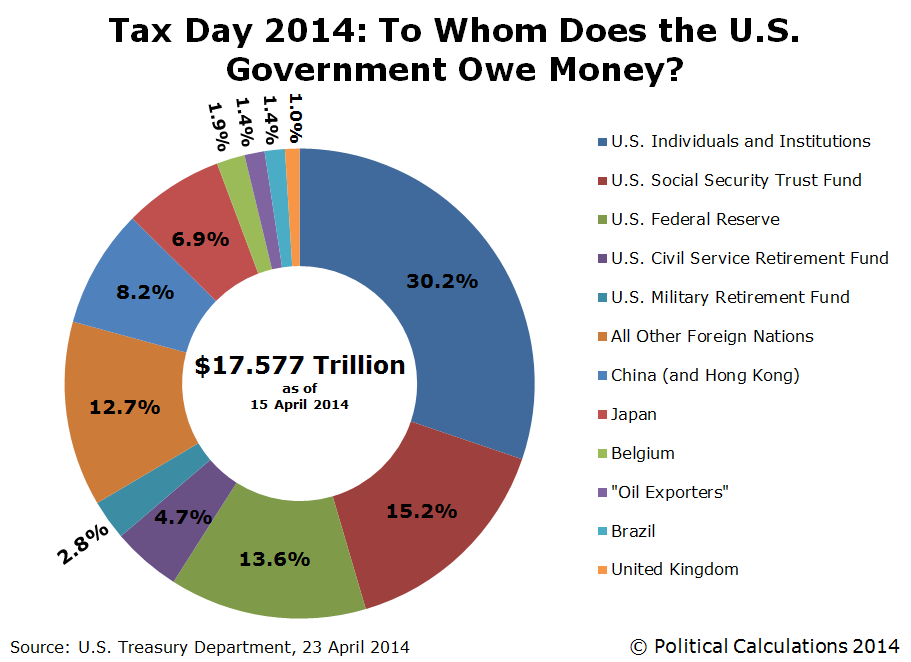 The biggest surprise in this edition of our chart (compared to the previous edition) is the appearance of Belgium on the list, which jumped ahead of several other nations by more than doubling the amount that is being lent to the U.S. government from the small European nation over the last six months. Since Belgium is a major international banking center, what this really represents is the accumulation of U.S. debt by other foreign entities through Belgium's banks in much the same way as London's banks have historically served this role for countries such as China.

Here though, it appears that Russia-based interests may be behind the apparent surge in the nation's holdings of U.S. government-issued debt, with the driving factor being the desire to avoid losing access to the holdings from economic sanctions. Much of the increase in holdings through Belgium took place in the several months preceding Russia's 23 February 2014 actions to seize control of the Crimea peninsula from Ukraine, which indicates the very premeditated nature of the action.