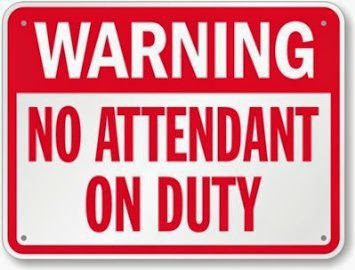 Predatory pricing is the illegal business practice of setting the prices of a good or service far below its actual cost for the purpose of gaining a dominant share of the market by making it too unprofitable for more ethical firms to compete, with the ultimate goal of driving the competition out of the market. Once they achieve such an effective monopoly, unethical firms that engage in this strategy will then turn around and hike their prices while also degrading the quality of their products or services as they exploit their dominant position to extract as much money as they can from the consumers who depend upon their product.

But why should a firm that engages in such an unethical strategy wait to hike its prices and degrade the quality of its services to boost its bottom line? Especially when the market has high barriers to entry for new competitors?

Earlier this year, we analyzed the situation of Health Net, a California-based insurer that established the lowest cost plans available on Arizona's federal-government run Affordable Care Act (ACA) exchanges - setting the prices for their Obamacare health insurance plans so low that they set the level of subsidies available for Arizona consumers far below the levels that are typical in other states.

Health Net's prices for the plans it offered in Arizona for the October 2013-March 2014 enrollment period was approved by both the U.S. government and the Arizona Department of Insurance, which was required in order to be available for sale on the state's federal government-run health insurance marketplace. After being approved, no other competition would be allowed to enter the market, and no changes in pricing or plans approved for access to the state's Obamacare exchange would be allowed until the next national health insurance enrollment period begins in October 2014.

Now having that very high barrier in place, Health Net's predatory pricing scheme gave the firm a two-fold advantage against its competition. First it offered the lowest cost plans available for consumers by a wide margin. Second, because the cost of its plans were so much lower than those of its competition, the company succeeded in denying consumers the level of government subsidies that could otherwise have put the higher quality health insurance plans offered by Health Net's competitors within their affordable reach. Consequently, the firm was able to funnel a very large share of the state's health insurance consumers into its lower quality plans.

And with the market closed to real-time competition until October 2014, Health Net was free to degrade the quality of its plans and service to boost the firm's profits, as Arizona's Call 12 for Action reports:

Some key excerpts from the report:

The three issues that come up the most: long wait times on the phone, disconnected calls and an inaccurate provider directory.

"It's as if you're tricked into thinking there are doctors and there aren't," said Debra Mulligan, a Rio Verde woman who says she chose Health Net of Arizona as her health-insurance provider based on the list of doctors she saw on the company's website. Once she signed up, she said the doctors listed on her plan wouldn't see her.

Ken Alltucker, health reporter for The Arizona Republic, has heard similar complaints from others who, like Mulligan, signed up for the Health Net of Arizona plan as well.

"They've gone to the website of Health Net," Alltucker said. "They see their doctor listed in the directory, but when they try to make an appointment with the doctor, they learn that he's not in network or she's not in network."

According to the report, Health Net has racked up more consumer grievances than all other health insurers in the state. Health Net Arizona currently has a one-star rating on Yelp, where consumers almost uniformly complain about the lack of customer service they obtain as well as the bizarrely long delays they encounter when simply calling the company.

Many might observe that you get what you pay for, however Health Net doesn't appear to be anywhere close to providing even the minimal level of coverage and service it indicated it would on Arizona's Obamacare exchange, as the company instead appears set on following its predatory pricing playbook.