Political Calculations
Unexpectedly Intriguing!
02 May 2014
Calculating the Extent of Sexual Assaults on Campus 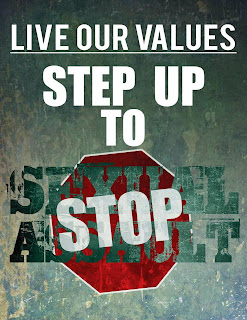 How many women can expect to be subjected to a sexual assault while they attend college?

In a January 2014 report titled "Rape and Sexual Assault: A Renewed Call to Action" (which led to the creation of the Task Force to Protect Students From Sexual Assault headed by Biden), the White House Council on Women and Girls made the following two statements:

But there's a big problem here. Taken together, those two claims above from the White House, if both are accurate, mean that nowhere near 1 in 5 women are sexually assaulted while in college. As I reported in January on CD after the release of the White House's "renewed call to action" report:

The problem is that the two sets of numbers the White House uses don’t work together. If you look at virtually any university in America and take the number of reported sexual assaults, and use that number in conjunction with the White House's under-reporting percentage, you don't get one-in-five. Nowhere near. Do the math yourself.

Now, rather than make everyone suffer through the kind of post-traumatic stress disorder associated with reliving one's experience in Algebra class, we thought we'd take the math and automate it in the tool below, so you can correctly do the kind of math that the President's White House staff cannot.

The default data is based on four years worth of sexual assault data reported from 2009 through 2012 for the University of Wisconsin-Madison, but you're more than welcome to enter numbers that might apply for sexual assaults on your particular campus of interest:

Unless, that is, you think the White House is lying about there only being 12% of the sexual assaults that occur that are reported. In that case, if you believe the White House's claim that 1 in 5 female students are sexually assaulted during the typical four year period in which they attend college, then you really believe that the police and administrators at these college campuses are only reporting 3.06% of all the sexual assaults that are occurring. Which would mean that the people in these positions are practically endorsing sexual assaults on campus.

These figures also assume that female students represent 100% of those who are sexually assaulted on campus. The Rape, Abuse and Incest National Network (RAINN) indicates that approximately 10% of sexual assault victims are male, so you might be interested in re-running the numbers in the tool if you set the estimated percentage of female students that are sexually assaulted to 90% of all assaults.

Here's Mark Perry on why getting the numbers right matters:

While even one sexual assault is unacceptable, it should also be unacceptable for the White House to spread false, exaggerated and misleading data about campus sexual assaults – it completely undermines their case.

And now they have no excuses for not getting their numbers right - we've built the tool to do the math properly for them.