Political Calculations
Unexpectedly Intriguing!
30 May 2014
Why Journalism Is a Dead End Degree

Ben Schmidt has done some interesting work in visualizing data, with one of his more recent projects involving creating a Sankey diagram of the connections between various college majors and the professions where the people who majored in those field have reported they found work.

Mostly, there's a strong connection between one's major and one's career, but we couldn't help but notice that those who studied Journalism in college tended to end up just about anywhere else: 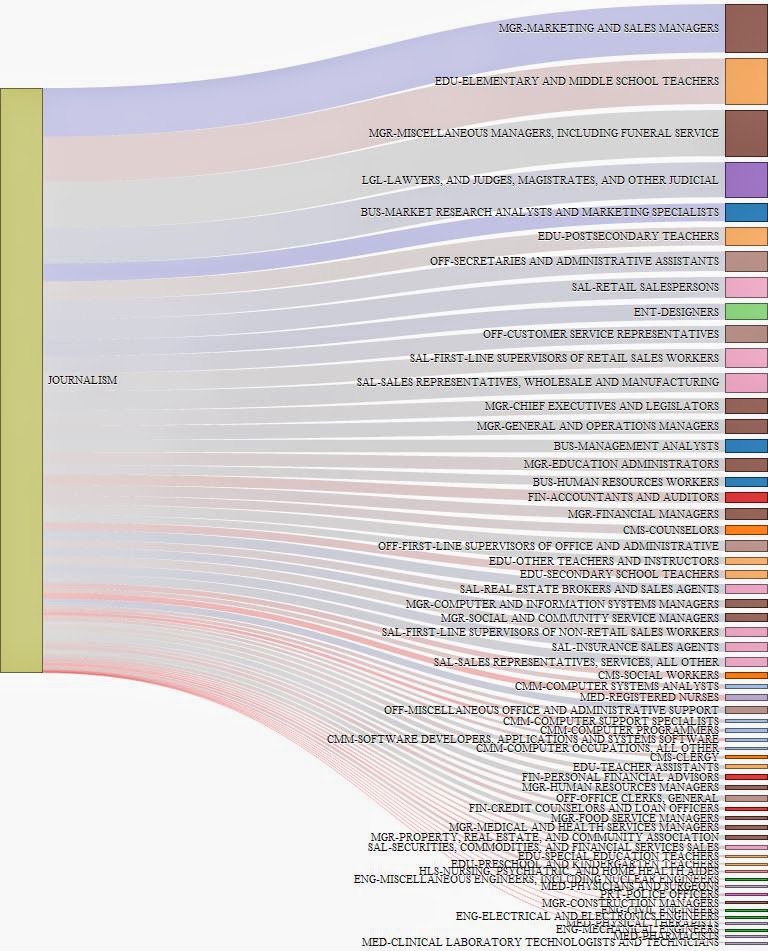 The Top 10 careers where journalism majors find work, ranked from most popular to least, include:

We find it pretty interesting that legal careers rank fourth, especially since those careers require considerably more schooling than the other listed professions, most of which don't require much in the way of schooling, much less schooling in journalism. We wonder what we should make from that?

Perhaps what that tells us is that the people who study journalism are really looking for an easy degree. After all, if you're going to have to bust your back end to earn a law degree after you get some other degree first, why not spend the first four years of your post-secondary education studying something that sounds so much more pretentious than a humble business degree, but that allows you to party more while still keeping the door open to a meaningful career in so many marketing and sales professions in case the law school thing doesn't work out?

Because apparently, it's not like you really have to learn anything like how to actually report news as a journalism major in college these days.