Perhaps the biggest reaction from the May 2014 employment situation report is that the number of non-farm payroll jobs recorded as part of the establishment survey portion of the report has finally recovered to pre-recession levels.

But what about the household survey portion of the employment situation report? Well, as it happens, about 781,000 jobs have to be filled before it recovers to its pre-recession peak.

Meanwhile, if we dig deeper into the household survey portion of the report, we find that compared to the peak in total employment that was recorded in November 2007, we find that the news is especially dire for one particular demographic group of the potential U.S. labor force: 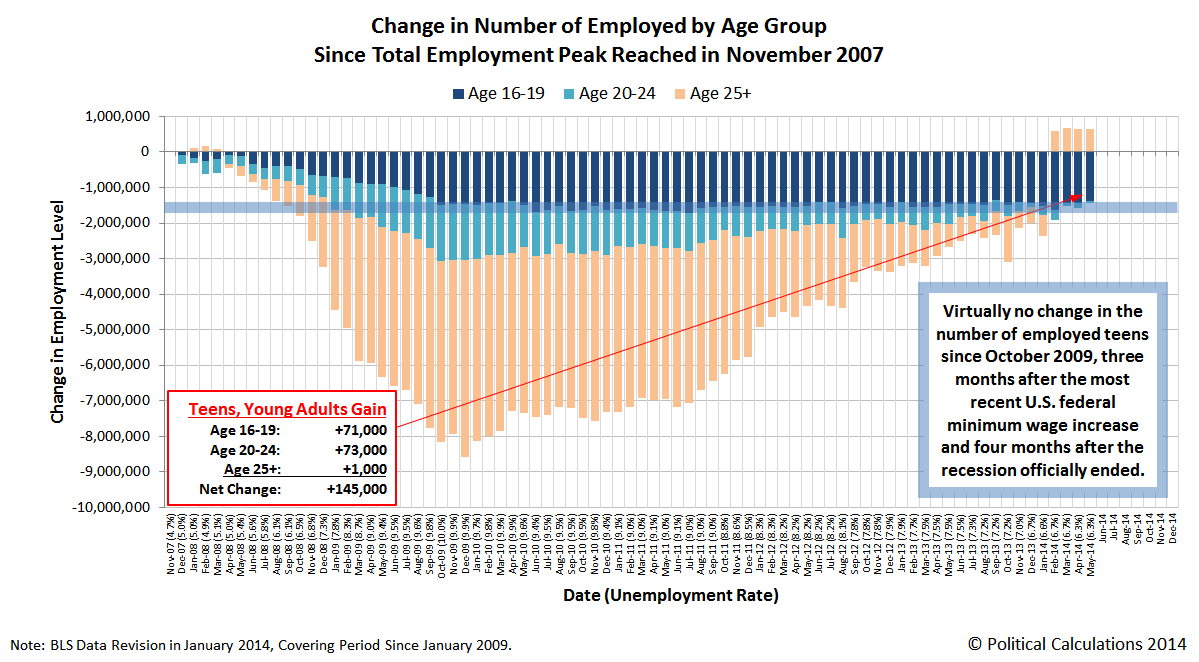 Since October 2009, three months after the last federal minimum wage increase, there has been virtually no jobs recovery for American teens. For May 2014, the official count puts the number of teens with jobs at a level that's 1,377,000 lower than the 5,927,000 teens who were counted as being employed in November 2007.

Inspired by Bill McBride, who has long predicted that the number of non-farm jobs reported in the establishment survey portion of the U.S. employment situation report would exceed its pre-recession level this year, we'll offer this prediction: the number of teens counted as being employed in the household survey portion of the employment situation report will begin falling after 1 July 2014.

Updated 5 July 2014: Clarified date for prediction (we had omitted the day).