With that in mind, in April 2014, China's economy appears to have largely stalled out: 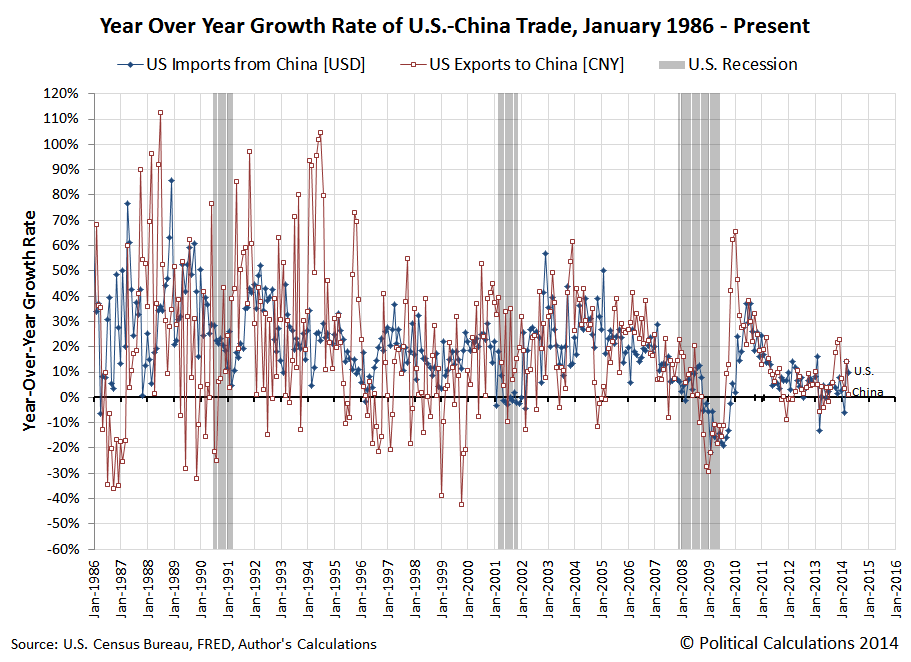 Speaking of which, it would appear that the data that the Chinese are reporting for the value of goods imported into China fell in May 2014.

So if the year over year growth rate of China's imports/economy was at near zero levels in April 2014, and then continued to fall in May, that suggests that China's economy is experiencing recessionary conditions, at the least, or an outright recession, at worst.

We'll have to wait a month to see what the Census Bureau reports for May 2014 to confirm which scenario applies.