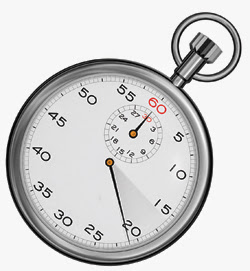 What is the difference between having armed school officials/resource officers on site and relying upon police officers at a station just over two miles away when it comes to protecting the lives of students at a public school when there is a mass shooting incident?

Because of a recent incident at a public high school in Troutdale, Oregon on 10 June 2014, we are now able to answer that question and to directly compare the outcome of that situation with the tragedy that occurred in Newtown, Connecticut on 14 December 2012.

Here's the basic background for the Troutdale, Oregon shooting:

Authorities just wrapped up an 11:15 a.m. news conference where they shared the latest developments in the shooting at Reynolds High School.

Police identified the shooter as 15-year-old Reynolds High School freshman Jared Michael Padgett. Padgett exchanged gunfire with officers, then apparently shot himself, authorities said. He used an AR-15 type of rifle, owned by his family, that he obtained after removing it from its secured storage place, said Troutdale Chief Scott Anderson.

Other news reports indicate that Padgett was armed with "an assault rifle, a handgun and nine ammunition magazines", so the incident had the real potential of reaching the same death toll as did the Newtown, Connecticut shooting. That tragic incident resulted in the deaths of six adults and twenty children before the shooter, Adam Lanza, was finally confronted by armed police officers who had just arrived from their station, which was just 2.3 miles away, roughly eleven minutes after the shootings began. Lanza committed suicide with a self-inflicted gunshot after being confronted by the armed police officers.

"As soon as this happened, they were there in less than a minute," Staton said. "Had they not been there, it could have been a lot worse."

One of the first dispatches to police was at 8:07 am: In the boy's locker room, two shots, one person down.

"I believe their quick response saved many of our students' lives," Anderson said. "For that, our community and I thank you."

And so, we're left with the following raw numbers to describe the difference in outcomes between both tragic events:

We estimated the lifetime cost of staffing two armed school resource officers at a public school to make more of an apples-to-apples comparison in the benefit-cost analysis above. The $11,170,860 would represent the cost of training and total compensation (salary, benefits, pension) of a dedicated armed school resource officer based on the annual costs estimated by Ned Hill over 60 years (typically, a 20-30 year career followed by 30-40 years of very generous pension benefits.

In reality, it would be much more affordable and cost effective for most communities to augment the public safety training of a number of school employees who have other, primary responsibilities at the schools, such as school administrators.

The bottom line however is that sharply reducing the reaction time of armed responders to confront an armed suspect is the key to realizing the benefits for a community - and that holds even if the offender behind such an event that can result in a large number of casualties isn't armed with a gun.