Picking up on our previous post's theme of asking if you're in the wrong social network with respect to homicides, we thought we might revisit two earlier findings we had that might shed some light on whether restrictive gun laws make sense for a community.

In this case, the first earlier finding was based on a comparison of the homicide rates for Canada, which has restrictive gun laws, and the portion of the U.S. population that most closely matches the demographics of Canada's population. We found that for a standard populuation of 100,000 people in both nations, Canada's more restrictive gun laws would appear to prevent one homicide. 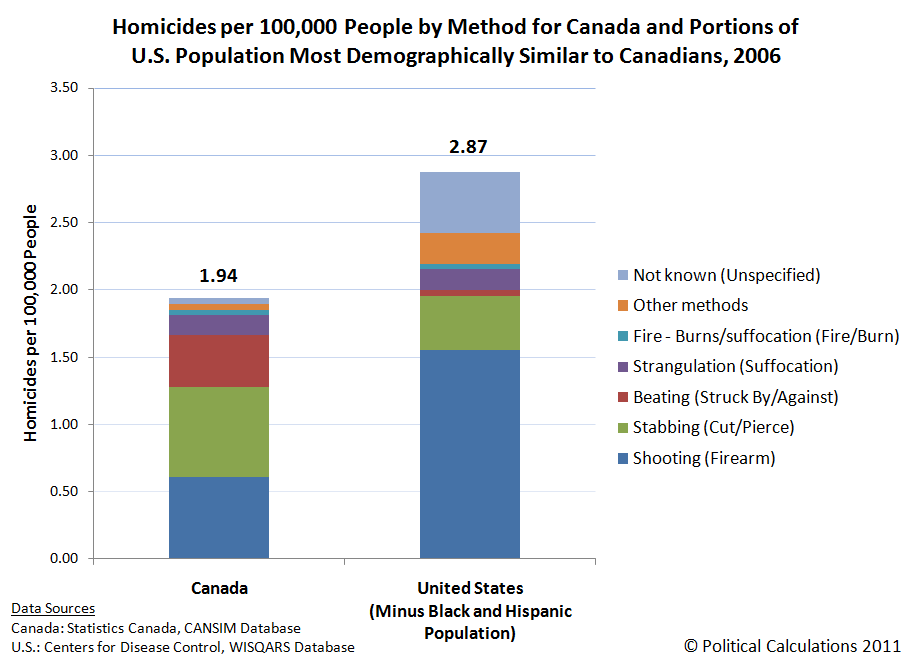 The second finding came about through a similar analysis of assault rates in both Canada and the U.S., where we found that Canada has 337 more nonfatal, nonsexual assaults per 100,000 members of its population than does their most demographically-similar peers in the U.S.

If there is a trade-off between homicides and assaults, where fewer homicides achieved through restrictive gun laws leads to greater numbers of assaults through the loss of the population's ability to deter violence with firearms in self-defense applications, did Canada make the right choice?

Thanks to research that details the costs of crimes per offense in the U.S., we can now answer that question! The chart below shows what the costs of various crimes, including homicide (murder) and (aggravated) assault: 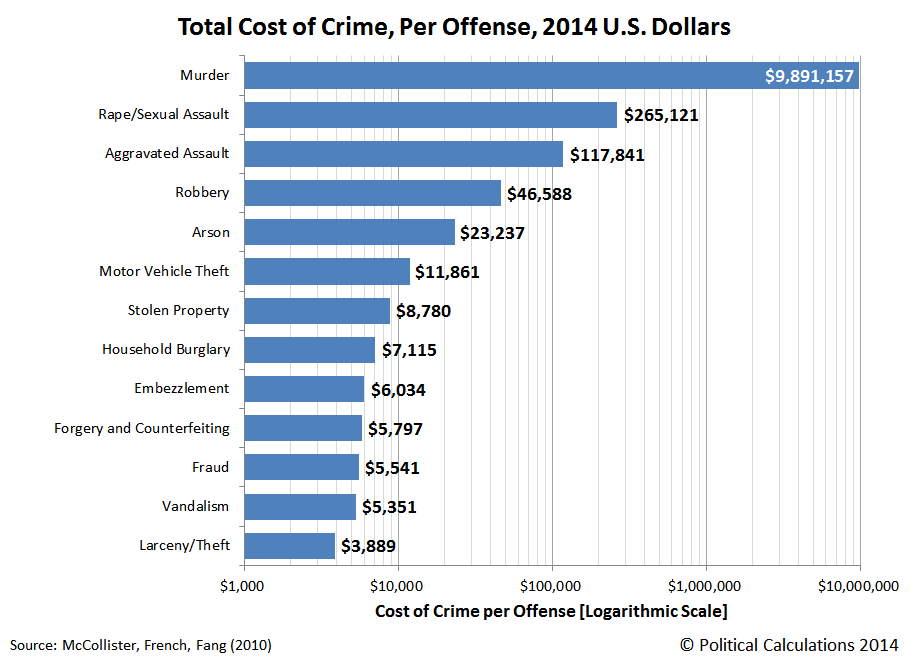 Using these values for Canada, the avoidance of a single homicide would save nearly $10 million (in terms of 2014 U.S. dollars) per each 100,000 members of its population. Meanwhile, Canada's additional 337 assaults compared to the U.S. would appear to be costing Canadians $39,712,417 per each 100,000 members of its population. Or rather, Canadians are bearing the costs of $4 in additional assaults that wouldn't otherwise occur for every $1 they benefit from fewer murders.

We'll leave it to the Canadians to decide why they might think that one-sided trade-off makes them better off where homicide and assault rates are concerned.