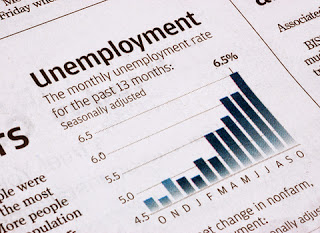 Every month, when the U.S. Bureau of Labor Statistics (BLS) puts out its Employment Situation report, it provides the results of two different surveys that it conducts each month: the Household survey and the Establishment survey. We thought we'd take this opportunity to note the differences between the two.

The Household portion of the Employment Situation report is conducted by the U.S. Census Bureau, which surveys some 60,000 American households during the week of the 12th of each month as part of its Current Population Survey (CPS). In addition to determining the employment status of the individuals in each surveyed household, which it classifies as employed, unemployed or not in the civilian labor force, the Census collects data on their demographic profiles, including race, Hispanic origin, age, sex, et cetera.

Meanwhile, data for the Establishment is collected by the U.S. Bureau of Labor Statistics as part of its Current Employment Statistics (CES) survey, which incorporates the payroll records of some 144,000 non-farm establishments and government agencies, covering workers at some 554,000 individual worksites. In addition to determining the number of people employed at the surveyed locations as of the payroll period including the 12th of each month, the BLS collects data on the number of hours worked, earnings and the industries in which individuals are employed at the surveyed organizations.

The BLS notes the following differences between the surveys:

These differences mean that the results from each survey do not necessarily fit together neatly like the pieces of a jigsaw puzzle. Census Bureau statisticians have suggested that in addition to the differences noted above, many of the discrepancies between the surveys may be attributed to the characteristics of marginally-employed workers, such as those who work as independent, self-employed contractors or in "off-the-books" or other types of non-standard occupations, which are often captured by the Household survey but not by the Establishment survey.

One other factor that can contribute to differences between the two surveys' reported data is driven by cyclical factors, which are often present during economic turning points, such as the beginning of recessions or periods of economic expansion. Here, during recessions, the Establishment survey will show job losses as recessionary conditions take hold and workers are laid off, while the Household survey will show gains as those displaced workers move into the kind of marginal employment that is captured by that survey.

That script gets flipped when an economic recovery takes hold, as establishments boost their hiring, pulling workers out of marginal employment, with the results showing up in the data as job gains in the Establishment survey but as a falling level of employment in the Household survey.

But economic turning points like recessions are not the only driving factor that can produce these results, which is an idea that we'll be exploring in upcoming posts.