Political Calculations
Unexpectedly Intriguing!
22 July 2014
The Odds of an IRS Cover Up 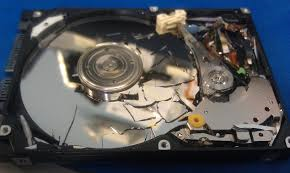 What are the odds that IRS employees deliberately targeted President Barack Obama's political opposition and have attempted to cover it up?

On 31 May 2013, the U.S. Internal Revenue Service (IRS) told Congressional investigators that they had identified at least 88 IRS employees and supervisors who were involved in targeting groups opposed to various aspects of President Barack Obama's political agenda. At that time, the IRS ordered these employees to preserve all the "responsive documents" related to the scandal on their personal computers, which would apply to documents going back as far as 2010.

On 21 July 2014, in written testimony before the U.S. Congress, IRS Deputy Associate Chief Counsel Thomas Kane indicated that the hard drives of up to as many as 20 of these IRS employees had experienced crashes, making e-mails and other documents stored on them inaccessible in explaining why the agency would not deliver the information that it had been ordered to provide to Congressional investigators.

What are the odds of that happening?

Fortunately, we have an app for that! You just need to enter the relevant data, which we have below, or adjust it as you might like, and we'll figure out the odds of so many members of such a small group of IRS employees and supervisors going through the experience of their hard drive crashing so bad that no information related to potentially unlawful activities would ever be retrieved from them.

In the tool above, we're using the findings of a 2007 study found that the odds of a single hard drive independently failing in a given year is about 3%. If you want to be precise however, the average rate of replacement for a failed hard drive in a single year is 2.88%.

Our tool's results indicate the probability of the events in question occurring by purely random chance. If you want to find the odds that IRS employees deliberately targeted President Barack Obama's political opposition and have since attempted to cover up evidence of their unlawful conduct, just subtract the percentage odds above from 100% to find the odds of that....

Other Probability Tools on the Web

Richard Lowry presents the detailed calculations and an online calculator for finding binomial probabilities that gets around our tool's limitation of 170 opportunities!

Texas A&M offers a Java application for doing this kind of math that includes graphical output, so you can see where various outcomes might fall on a normal bell curve distribution!

Update 3:35 PM EDT: One of our readers points us to the perfect country tune to describe the IRS' "problem" with hard drives: