Last month, we speculated that a stable trend was perhaps forming for median new home sale prices with respect to median household incomes in the United States. We're now at the point where we have the minimum number of data points to be able to start tracking the progress of that apparently forming trend. Our first chart shows how the relationship between median new home sale prices and median household incomes have changed each month since December 2000. 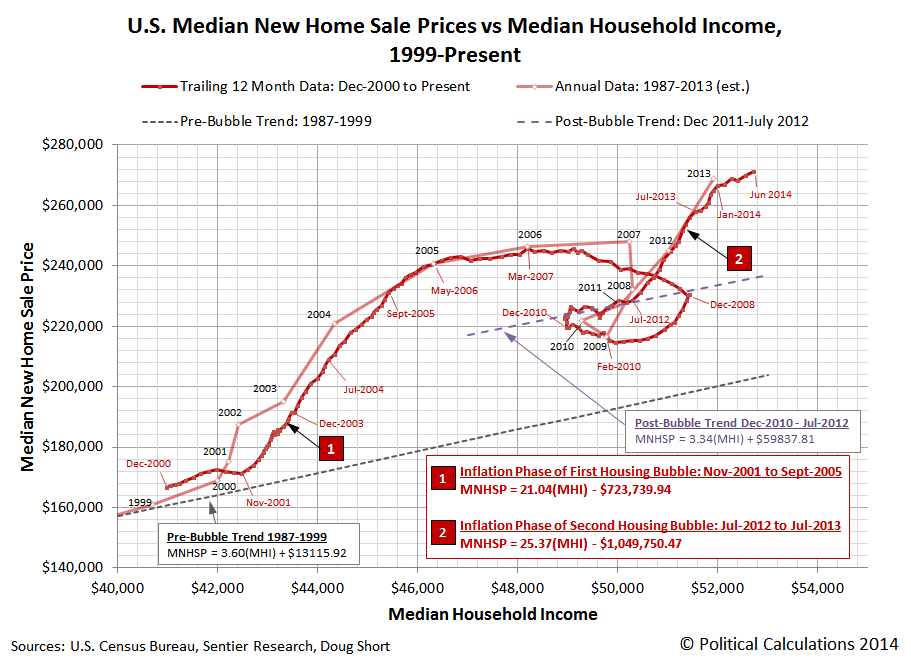 Although we're not yet showing it in our our chart, if we take January 2014 as the first month of a new stable trend, we find that for every one dollar that median household income in the U.S. has increased, median new home sale prices have risen by an average of $6.39 through June 2014.

To help put that figure in context, let's look at the history of the relationship between median new home sale prices and median household incomes through all the data we have available, which we've shown on our second chart. 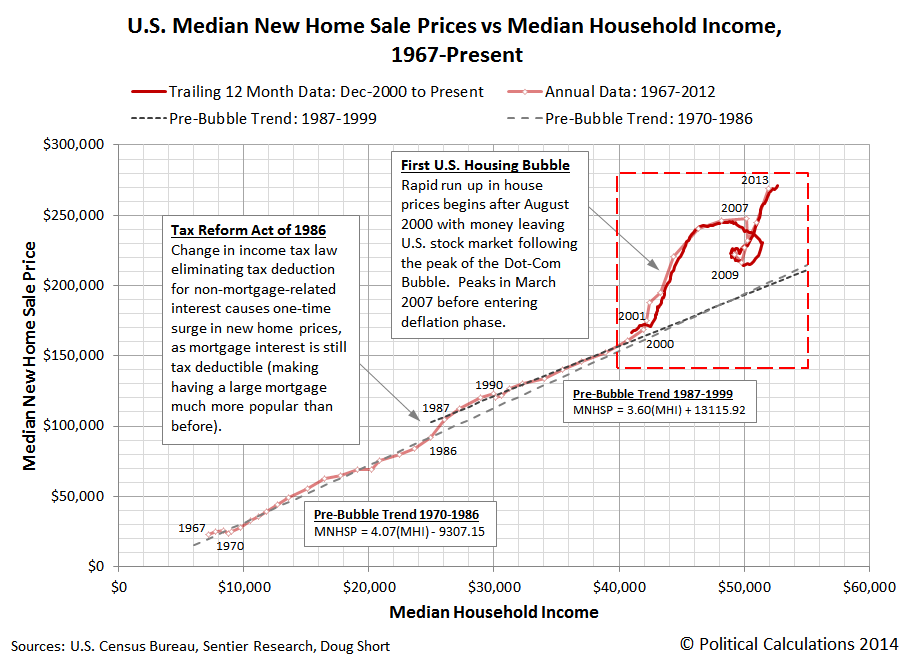 Since 1967, we identify three main periods in which there has been a stable relationship between the median sale prices of new homes and median household incomes, outside of periods of rapid inflation coinciding with the inflation phases of housing bubbles in the U.S., with the following changes in new home sale prices for each $1.00 change in median household incomes:

The current pace of median new home sale price escalation of $6.39 for each $1.00 increase in median household income since January 2014 is roughly 50% faster that the rate that was observed from 1967 through 1986, which was also characterized by high general inflation in the U.S.

Compared to the main inflation phases of housing bubbles in the U.S., which saw median new home sale prices grow at an average rate of $21.04 for each $1.00 increase in median household income from November 2001 through September 2005 during the first U.S. housing bubble, and at a pace of $25.37 from July 2012 through July 2013, we find that the current pace of growth of median new home sale prices is about one-third to one-fourth of those rates of rapid home price escalation.

So it would seem that the market for new homes in the U.S. is currently somewhere in between historic levels of stability and bubble-driven escalation.