In 2014, the average live weight of the typical turkey that will be consumed during the Thanksgiving holiday is 30.2 pounds. 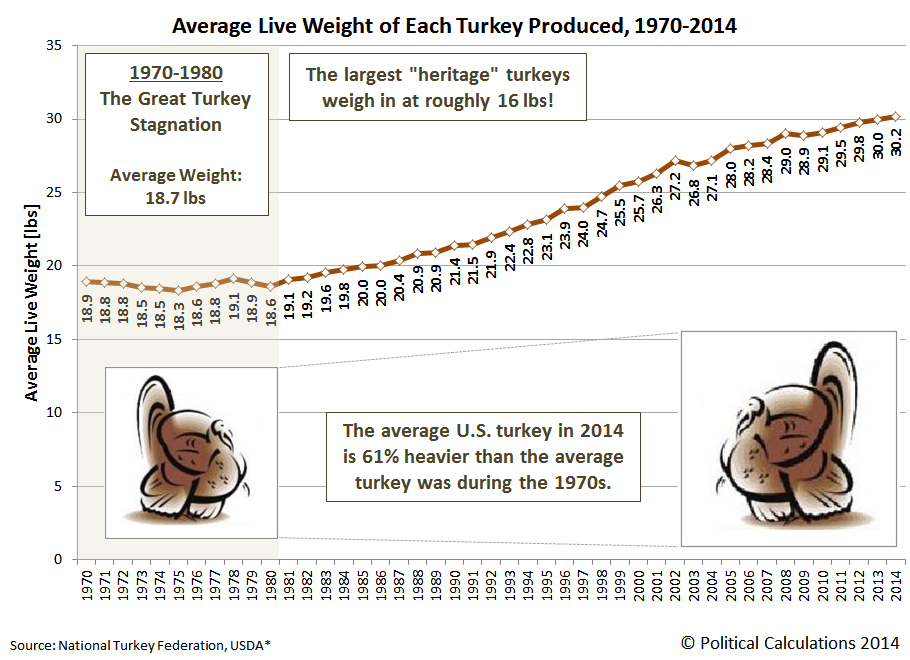 Compared to the 1970's, when the live weight of turkeys produced in the United States had stagnated at 18.6 pounds per bird, that makes 2014's turkey about 61% heavier. Or about 88% heavier than the typical "heritage" turkey that might be found in the wild!