For the third month in a row, our alternative measure of the relative health of China indicates that nation's economy is contracting.

Going by the international trade data collected by the U.S. Census Bureau, it would appear that the currency value-adjusted growth rate of the total value of goods that China imported from the U.S. in November 2014 shrank from the levels recorded in September and October 2014, suggesting that China's economic contraction worsened in November 2014. 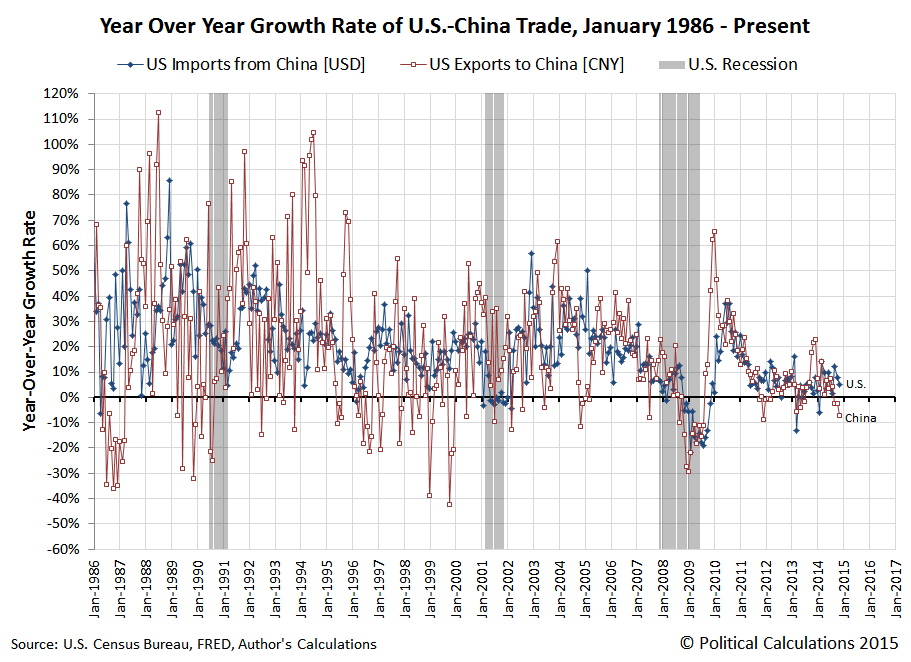 By contrast, the year over year growth rate in the value of goods exported from China to the U.S. suggests that the U.S. economy continued to expand in November 2014, but at a slower pace than in the preceding two months.

Official trade data reported by China, which given its historical unreliability, which even the nation's leaders believe should only be used to get a sense of the overall direction of the China's economy, suggests that things improved somewhat in December 2014, but with other nations' economies outpacing its own, which appears to be trudging along a mildly negative-to-zero growth trajectory at present.