In terms of affordability, 2014 became the worst year on record for the median price of new homes sold in the United States. 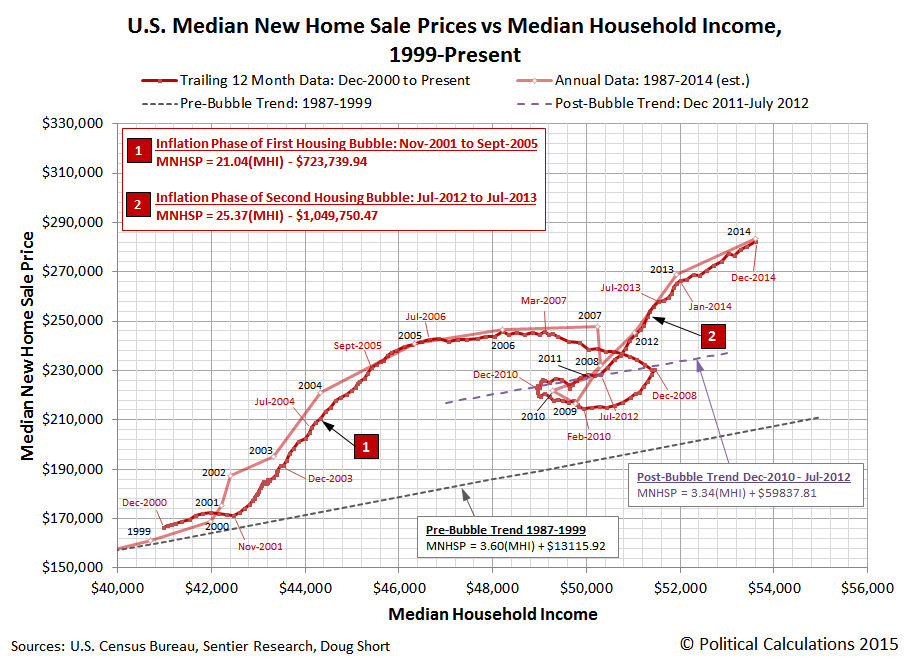 In this chart, we're measuring the affordability of U.S. median new home sale prices against the trend that existed between these prices and median household income in the pre-housing bubble years from 1987 through 1999.

With that base for reference, we see that the previous record was reached in May 2006, when the trailing year average of median new home sale prices peaked at $242,658 in July 2006, which is 34% higher than the projected value of $181,000 that corresponds the same median household income of $46,700 if the stable trend that existed from 1987 through 1999 had held.

By contrast, the preliminary figures for December 2014 indicate that the median price of new homes in the U.S. exceeded that ratio, setting a new record. In December 2014, the trailing year average of median new home prices was $282,300, which is 37% above the figure of $206,000 that corresponds to the projection of the 1987-1999 trend at the same median household income level of $53,600.

To help put those figures in context, the chart below shows the major trends in the relationship between median new home sale prices and the median household income from 1967 through the present. 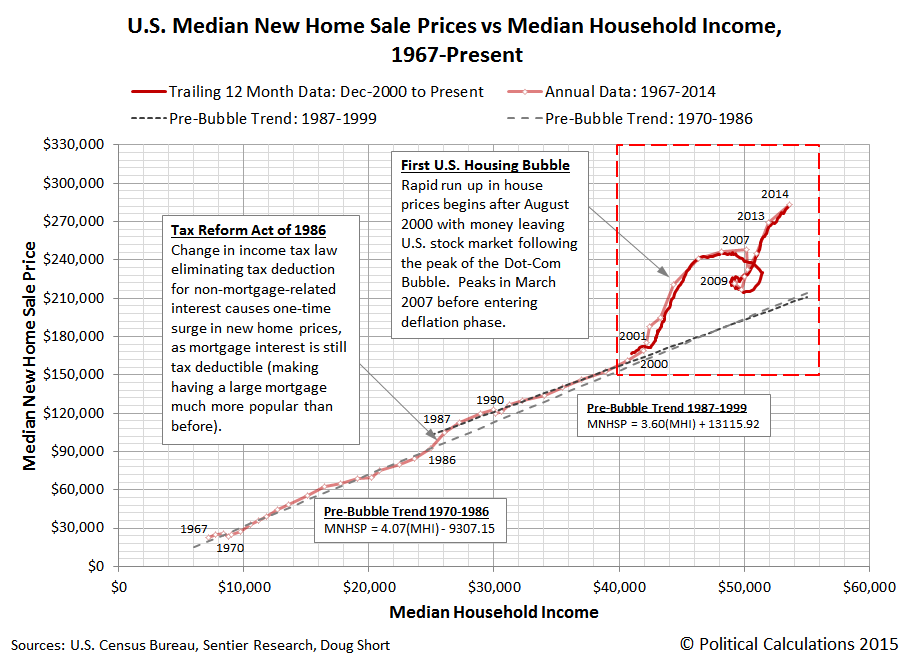 To put it bluntly, new homes have never been more out of reach for the typical American household for the 47 years for which we have both median new home sale price data and median household income data, given the typical level of affordability that existed in the nation's real estate markets before the U.S.' first housing bubble began to inflate in 2001.

Sentier Research. Household Income Trends: July 2014. [PDF Document]. Accessed 27 January 2015. [Note: We have converted all the older inflation-adjusted values presented in this source to be in terms of their original, nominal values (a.k.a. "current U.S. dollars") for use in our charts, which means that we have a true apples-to-apples basis for pairing this data with the median new home sale price data reported by the U.S. Census Bureau.]