Political Calculations
Unexpectedly Intriguing!
05 January 2015
Reverting to the Mean or Something More Ominous? 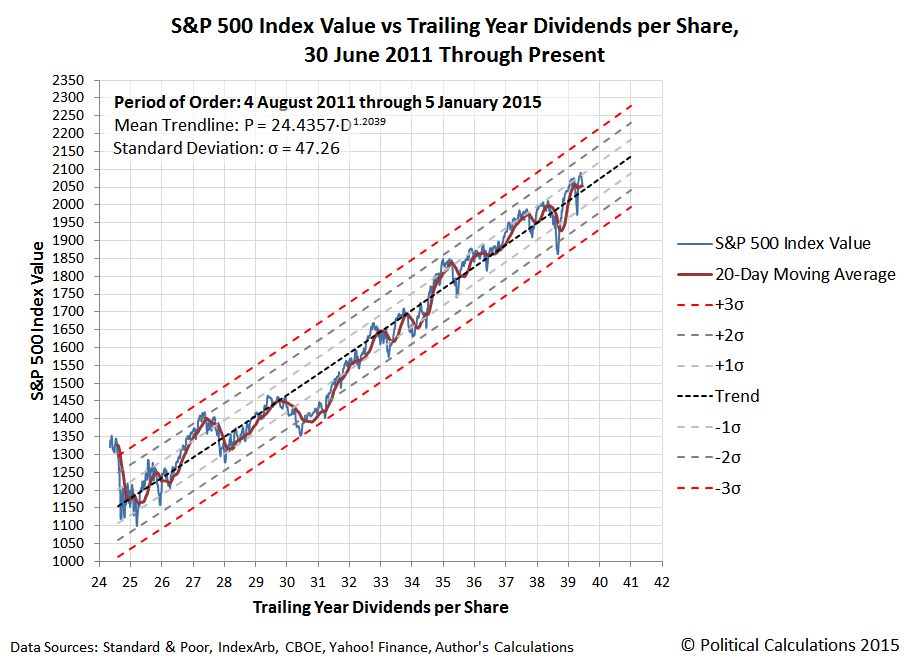 Next, let's zoom out a bit and look at the major trends that have held sway in the U.S. stock market since December 1991: 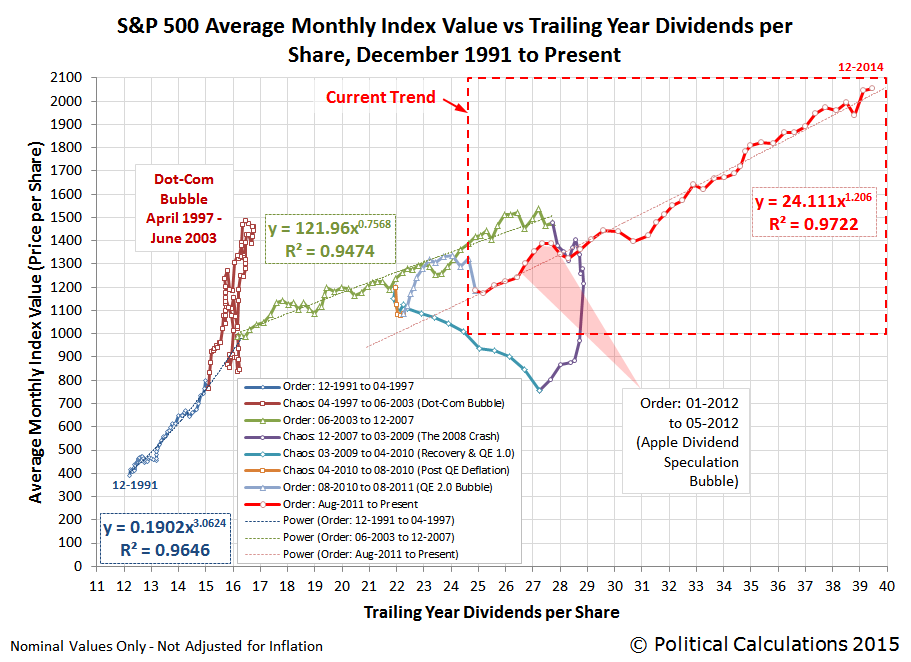 From first impressions, it would initially appear that stock prices are reverting to the mean defined by the stable relationship that has existed with their underlying trailing year dividends per share in the currently established trend.

But falling oil prices have the potential to disrupt that trend, as we ominously described less than a month ago in how the current state of order might break down in the U.S. stock market. The market's action on Monday, 5 January 2015 in response to falling oil prices underscores that potential.

Curiously, the day's statements of a Fed official meant to reassure the market actually failed because they made the same mistake that Ben Bernanke did in June 2013: they focused investors on the wrong period of time in the future, one whose expectations of future cash dividends (the reasonably sustainable portion of earnings) would pull stock prices lower rather than help them recover to their previous level.

Fortunately, it was a minor Fed official who made the mistake and their error did little to worsen the damage that had already been done as a result of the news of falling oil prices and their negative impact on the expectations on companies whose businesses have greatly profited from higher oil prices, such as Exxon Mobil (NYSE: XOM) and Chevron (NYSE: CVX), and less obviously, Caterpillar (NYSE: CAT), which has made a lot of money selling earth moving equipment to oil extractors and Goldman Sachs (NYSE: GS), which has made a lot of money financing oil extractors.

That's the kind of thing that will have investors on pins and needles as they wait for bigger shoes to fall than have to date in the oil industry.