Political Calculations
Unexpectedly Intriguing!
11 May 2015
OIl Patch Layoffs on the Verge of Breaking Their Uptrend

With the spot price of West Texas Intermediate crude oil having broken above $50 in the second week of April 2015, it now appears that the rebound in oil prices has now put new jobless claims in the eight high cost oil production states we've been tracking on the verge of breaking what had been their statistical uptrend for layoffs. 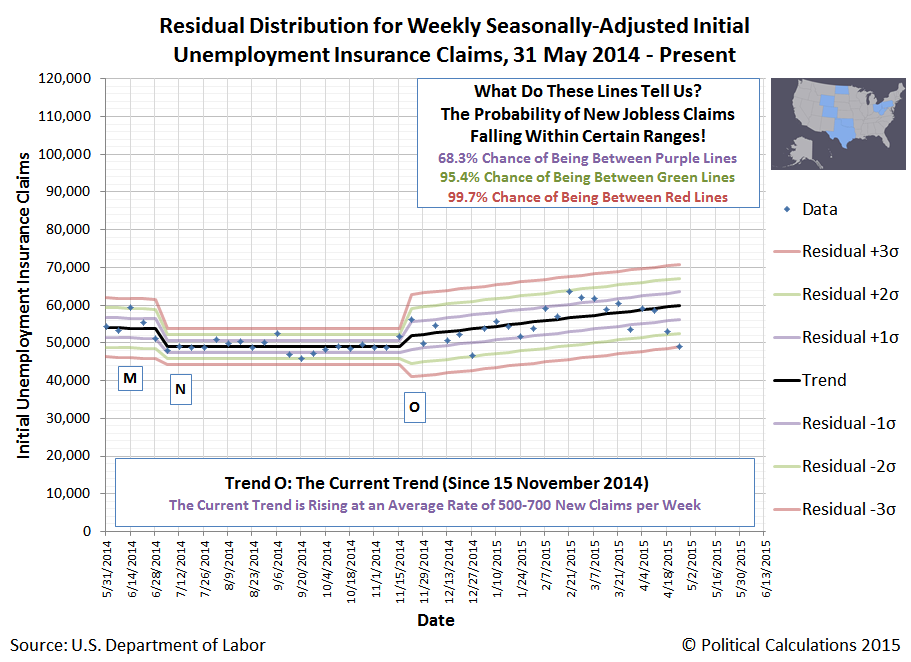 The various lines we show on this chart actually represent key thresholds in a statistical hypothesis test. While the data points fall within the outermost red lines, the null hypothesis for that test holds, which in this case, means that the upward trend for layoffs still holds and that all the variation from week to week is the simply result of random variation or "noise". But once the data points start falling outside of that range, it is a clear indication that our null hypothesis no longer holds and that the previous trend has broken down - something other than random factors has caused the data to fall consistently outside the range where we would expect it to be if the variation were just the result of randomness.

In this case, there's an obvious explanation for why the previous rising trend for layoffs would break down: a reversal in the trend for oil prices for the eight states where high cost oil production represents a significant part of their local economies and job markets. With oil prices now rising, firms engaged in that economic activity are able to avoid having to lay additional workers off in order to remain solvent.

Meanwhile, in the other 42 states, the trend of new jobless claims remains on its long established downward trend, which has been the case since oil prices began to fall beginning in early July 2014. 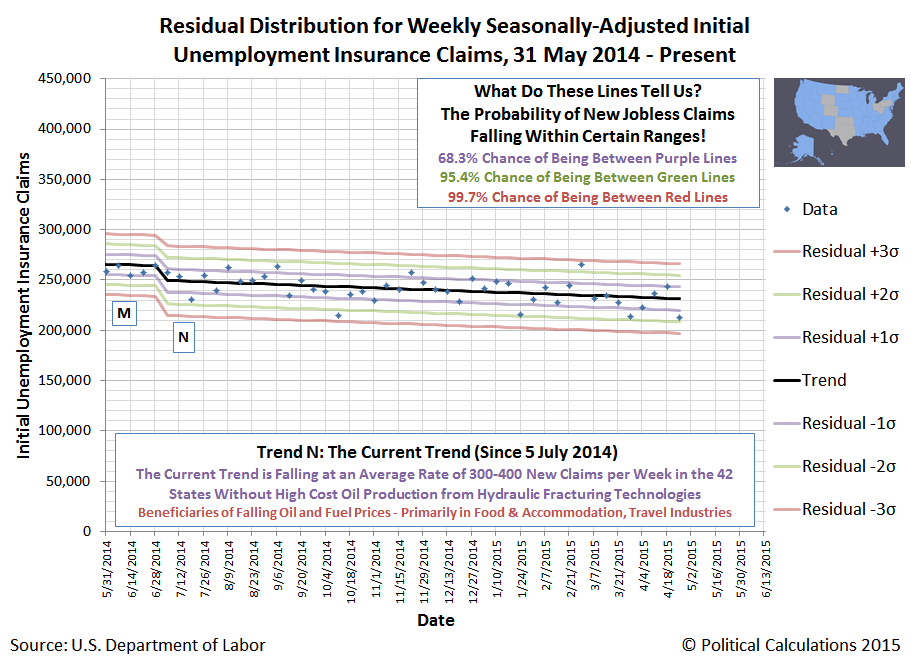 Nationally, where we have an addtional week's worth of data, we believe that the continued rise in oil prices will result in breaking what had been an upward trend in layoffs in the oil patch states with the data through 2 May 2015 that will be reported for individual U.S. states later this week. 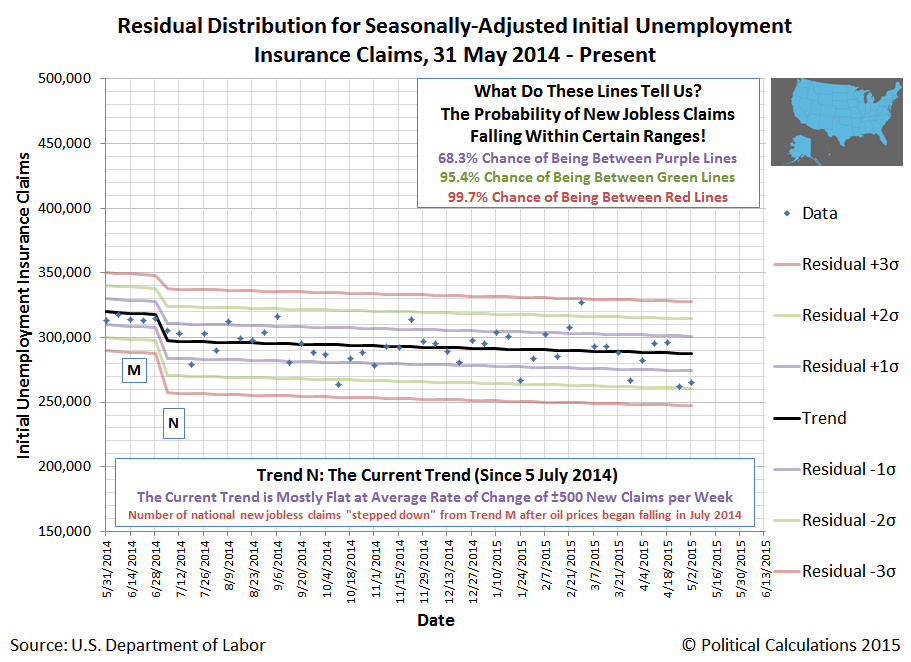 The downside of rising oil prices however is that should that trend continue, we would see the rate at which layoffs have been decreasing across the nation each week since oil prices started to decline will flatten out and possibly reverse depending upon how far oil prices rise. If we had to guess, we would say that will happen if oil prices rise back into or above the $65-$75 per barrel range, so there is some margin for continued improvement before rising oil prices might once again choke off improvements in the U.S. job market.

In the meantime, we should see a general but slowly falling number of layoffs each week until such an equilibrium level is reached in the national data.