Political Calculations
Unexpectedly Intriguing!
08 September 2015
Beyond 2015-Q3 with the S&P 500

With the news last Friday, 4 September 2015 that the employment situation in the U.S. economy was not as bright as had been expected, once again opening the door to the possibility that the U.S. Federal Reserve might pull back from its plans to begin hiking short term interest rates by the end of this month, it shouldn't come as a surprise to any of our readers that the S&P 500 fell from where they would be if they were closely focused on 2015-Q3 in setting the value of stock prices in the direction of where they would be if they focused on 2016-Q1 instead. 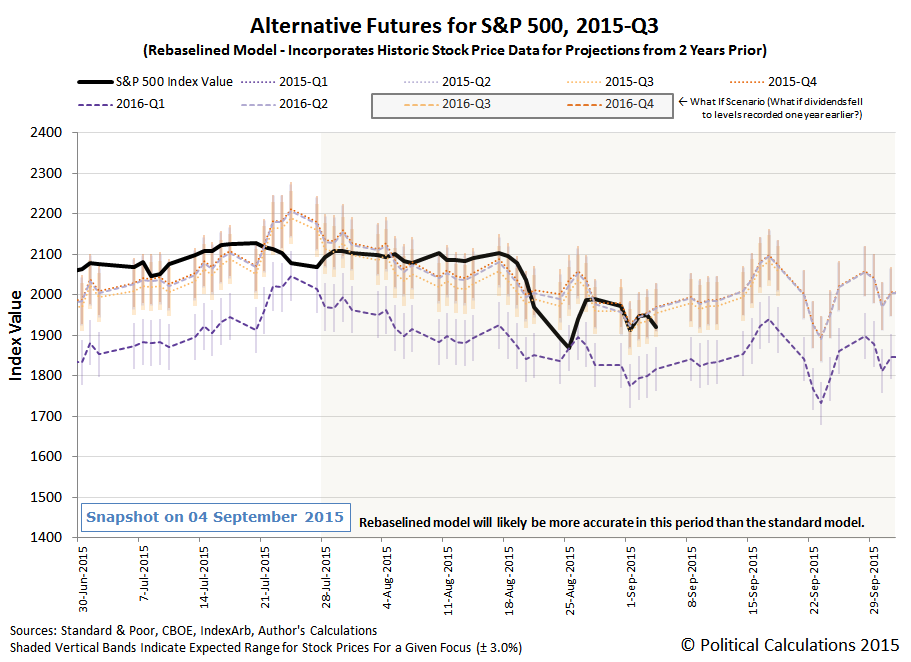 But not so significantly as to be distinguishable from the typical level of noise for U.S. stock prices. Yet. We'll see how the month plays out....

In the mean time, now that stock prices have somewhat stabilized, let's take a quick look at how the future through the end of 2015 is shaping up. 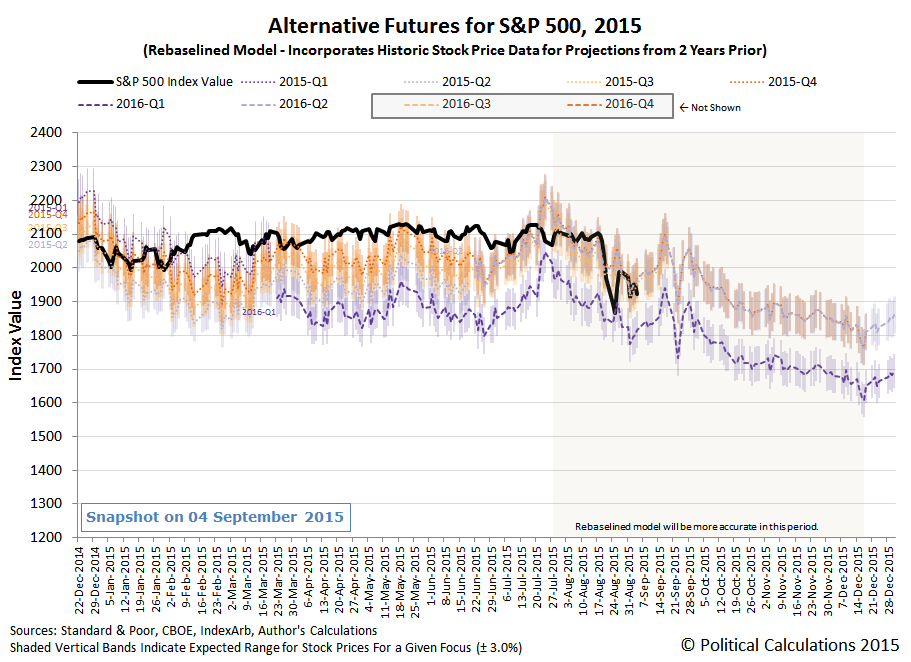 In this chart, we assume that there will be no significant net erosion of expected future dividends per share. If there is a net erosion, we can expect that these likely trajectories based on how far ahead investors are looking in time will appear somewhat optimistic. Conversely, they will appear to be pessimistic if there is a positive change in the expected growth rate of dividends per share.

That kind of dynamic is why October will likely be a volatile month for the stock market. Especially since September 2015 was so quiet, even though the same conditions that preceded the "oil spike" shown in the chart below took hold once again during the month.... 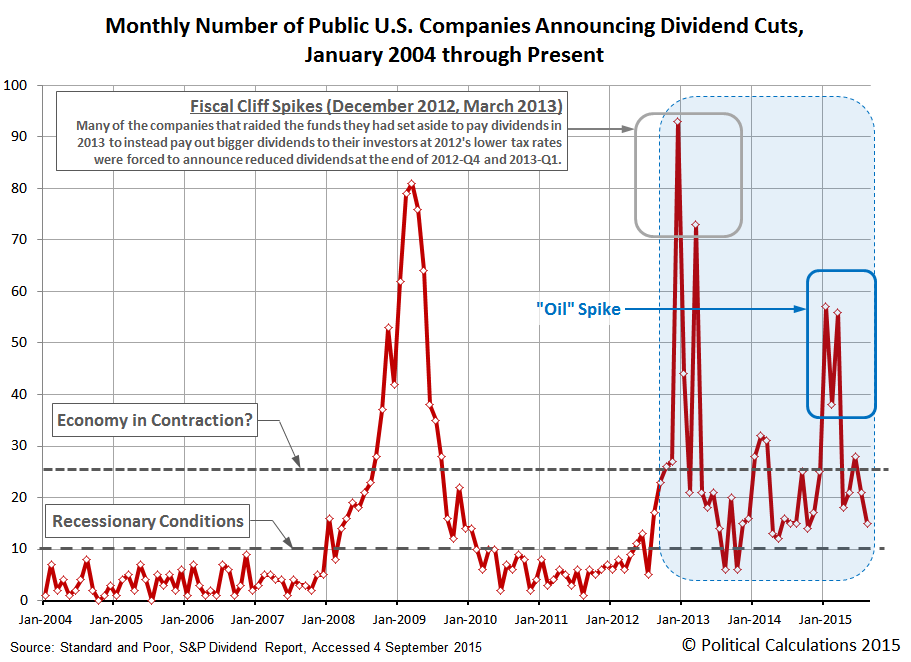 We somewhat know in advance that 2015-Q4 will likely not be a positive one for U.S. oil and energy companies, unless they can show that the rate at which their future business is getting worse is starting to decelerate and reverse. The big question yet to be answered is how many other companies will take advantage of the opportunity of the upcoming earnings season to adjust their own dividend targets to be easier to hit.

Because if there is ever a right time for a CEO to make such an announcement, it is when their peers at other companies are annoucing that they are cutting their own dividends. They are a lot like startled starlings that way.