Political Calculations
Unexpectedly Intriguing!
May 10, 2016
The Pace of Dividend Cuts in 2016-Q2 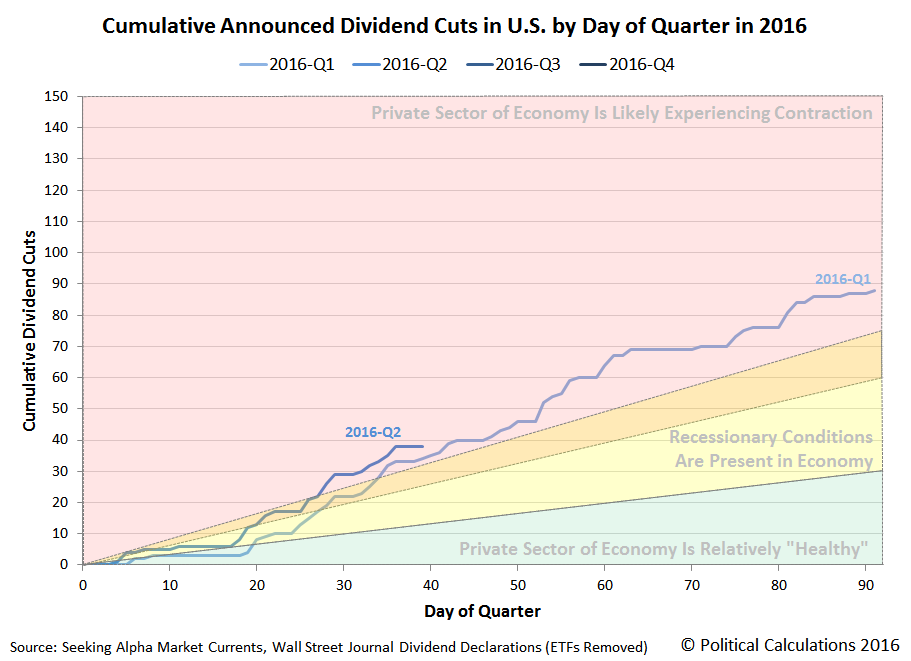 That comparison however is somewhat misleading, which will become clear when we compare 2016-Q2 with the year ago quarter of 2015-Q2. 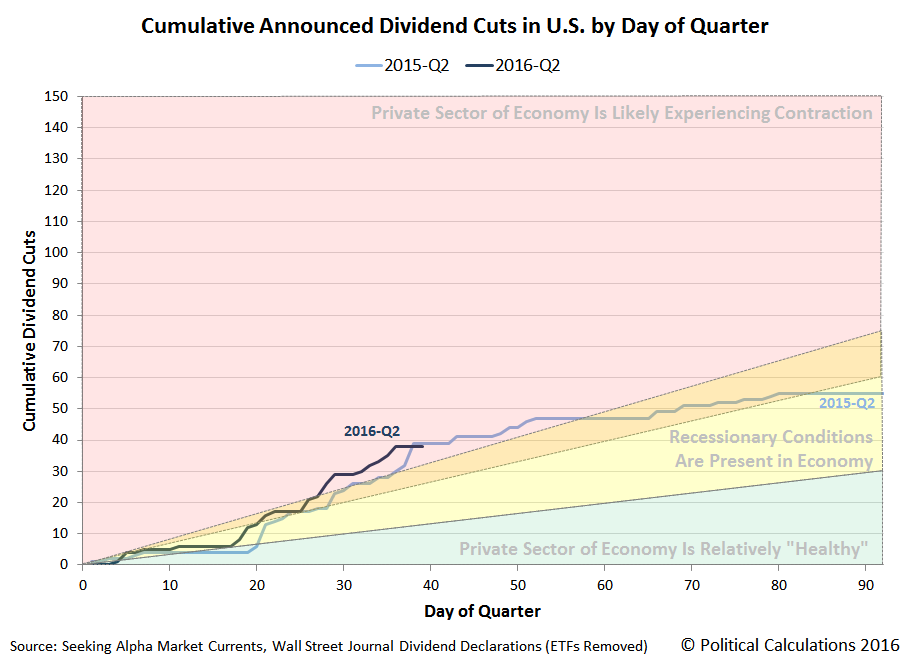 A year earlier, this was approximately the point in time at which the level of distress in the U.S. economy that had built up in the preceding two quarters began to ease up. We saw this happen in near real time as a reduced number of U.S. firms announced new dividend cuts through the remaining part of the quarter, corresponding with an improving situation for the U.S. economy.

The thing to pay attention to in the next several weeks will be how the pace of dividend cuts now compares to that year ago quarter. If we see a significant uptick in the comparative number of dividends cuts in the remainder of 2016-Q2, we'll know things are worse. If the pace of dividend cuts decelerates to be slower than what was recorded a year ago, we'll know things are improving more rapidly than they did at that time.

That latter case would also hold if the pace of announced dividend cuts in 2016-Q2 follows the same trajectory it did a year ago. The reason why that would be true has to do with the fact that 2016-Q1 was worse than 2015-Q1. By comparison, a similar performance in 2016-Q2 would have to considered to be a better performance than what was observed in 2015-Q2 given that it occurred when coming off the momentum of a worse quarter.