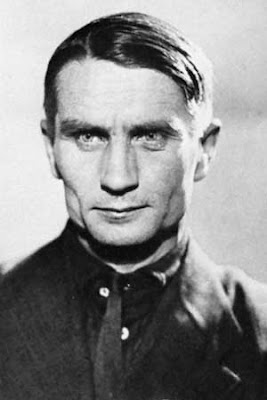 That's not so easy a question to answer, because in the long run, the contributions of the worst scientists are deservedly forgotten, while the best leave very long lasting legacies.

But shouldn't we learn just as much from the failures of the worst scientists of all time? After all, it could be that the great purpose of their lives is only to serve as a warning to others.

So what should it take to qualify for being counted among the greatest anti-scientists of all time? It has to be more than just simple incompetence in their labwork or calculations, because those aren't uncommon, or because of bungled analysis because of poor experimental design or statistical practices, because those are also not uncommon. That's why sites like Retraction Watch exist!

We think it comes down to a trifecta of badness:

With those three criteria, we believe we can identify the greatest anti-scientist of all time: Trofim Denisovich Lysenko.

What makes Lysenko the worst scientist ever was the political power he used to suppress legitimate scientific efforts to advance knowledge in the fields of biology and genetics within the former Soviet Union for nearly 30 years, from the 1930s into the 1960s. His legacy is infamously known as Lysenkoism.

Lysenkoism refers to an episode in Russian science featuring a non-scientific peasant plant-breeder named Trofim Denisovich Lysenko [1898-1976]. Lysenko was the leading proponent of Michurianism during the Lenin/Stalin years. I. V. Michurin, in turn, was a proponent of Lamarckism. Lamarck was an 18th century French scientist who argued for a theory of evolution long before Darwin. Lamarck's theory, however, has been rejected by evolutionary scientists because it is not nearly as powerful an explanation of evolution as natural selection.

According to Lamarck, evolution occurs because organisms can inherit traits which have been acquired by their ancestors. For example, giraffes find themselves in a changing environment in which they can only survive by eating leaves high up on trees. So, they stretch their necks to reach the leaves and this stretching and the desire to stretch gets passed on to later generations. As a result, a species of animal which originally had short necks evolved into a species with long necks....

Michurin's views on evolution found favor with the party leadership in the Soviet Union. When the rest of the scientific world were pursuing the ideas of Mendel and developing the new science of genetics, Russia led the way in the effort to prevent the new science from being developed in the Soviet Union. Thus, while the rest of the scientific world could not conceive of understanding evolution without genetics, the Soviet Union used its political power to make sure that none of their scientists would advocate a genetic role in evolution.

It was due to Lysenko's efforts that many real scientists, those who were geneticists or who rejected Lamarckism in favor of natural selection, were sent to the gulags or simply disappeared from the USSR. Lysenko rose to dominance at a 1948 conference in Russia where he delivered a passionate address denouncing Mendelian thought as "reactionary and decadent" and declared such thinkers to be "enemies of the Soviet people" (Gardner 1957). He also announced that his speech had been approved by the Central Committee of the Communist Party. Scientists either groveled, writing public letters confessing the errors of their way and the righteousness of the wisdom of the Party, or they were dismissed. Some were sent to labor camps. Some were never heard from again.

Under Lysenko's guidance, science was guided not by the most likely theories, backed by appropriately controlled experiments, but by the desired ideology. Science was practiced in the service of the State, or more precisely, in the service of ideology. The results were predictable: the steady deterioration of Soviet biology. Lysenko's methods were not condemned by the Soviet scientific community until 1965, more than a decade after Stalin's death.

Lysenko's brand of science was an abject failure. He "promised astonishing advances in breeding and agriculture, which were never realized", partly because of his strong commitment to an extreme left-wing political ideology, but also because he would cook his data - making use of statistically incomplete data or "correcting" it to produce his desired results. Results that had little relationship to reality.

While his scientific failures were therefore not left to chance, he blamed those failures on sabotage of his "opponents" (a.k.a. real scientists with differing viewpoints based on sound observations) and the alleged incompetence of those given the impossible task of turning his promises into reality.

But unlike regular scientists, Lysenko held political power, which he wielded like a scythe. Lysenko was directly responsible for the firing, imprisonment and/or execution of over 3,000 biologists who refused to go along with his crackpot theories within the Soviet Union.

By extension, with the Soviet Union's leaders adopting Lysenko's beliefs in place of sound science, Lysenko is indirectly responsible for the severity of crop failures and food shortages that caused the deaths of thousands more and imposed unnecessary hardships on millions. It wasn't until 1965 that his reign of anti-science came to an end after recurring crop failures showed him to be the fraud he was, prompting his removal from power.