We sampled a portion of all the dividend cuts announced throughout the second quarter of 2016 (2016-Q2) in order to get a better sense of which industrial sectors are now experiencing some degree of economic distress. Our sample is drawn from the detailed dividend declarations that were published by two sources: Seeking Alpha and the Wall Street Journal, in which we excluded the dividend cuts declared by foreign firms, Exchange Traded Funds (ETF) and also for preferred stocks, giving us a sample of 61 cuts in ordinary dividends. The chart below reveals how the sampled dividend cuts announced in 2016-Q2 were distributed by industrial sector within the U.S. 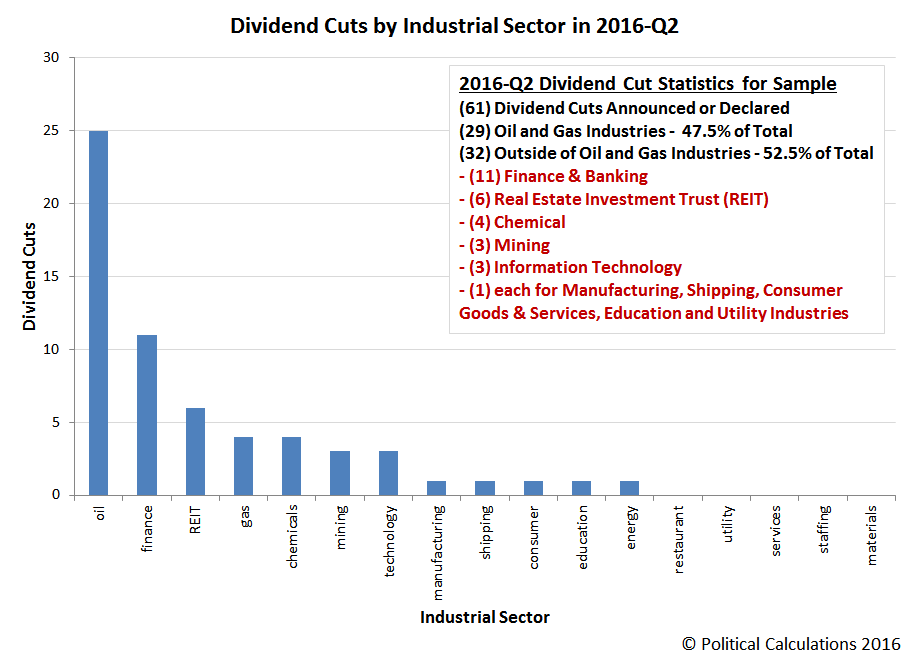 As it has for the past year and a half, the U.S. oil industry accounted for the largest share of firms announcing dividend cuts, at 25. Combined with the natural gas production industry, the total number of dividend cuts in these closely related industries added up to 29 for the quarter, or 47.5% of the total.

Unlike the past year and a half, that represents an improvement for the oil and gas sector of the U.S. economy, in that 2016-Q2 saw these industries' share of all dividend cuts drop below the 50% level. This improvement is attributable to the rise in oil and gas prices during 2016-Q2, which has boosted the revenues of these firms and decreased the pressure for them to further decrease their dividend payments to their shareholding investor owners.

More significant however is the widening spread of economic distress in other industrial sectors of the U.S. economy. Led by financial and banking firms, which accounted for 11 of the cuts in our sample, and followed by mortgage-related Real Estate Investment Trusts (REIT), which added another 6 dividend cuts to the total in our sample, these dividend cuts reflect the recent policy stance communicated by the U.S. Federal Reserve in favor of hiking short-term U.S. interest rates, which put increased stress on firms whose net income is highly sensitive to interest rate levels.

Beyond that, we see also see the widening of distress in the increased number of firms in other industries, including chemical production, mining and information technology, and to a smaller extent to firms in the manufacturing, shipping, consumer goods, education and utility sectors of the U.S. economy.

Looking next at the pace at which these dividend cuts were announced during the past quarter, we see that 2016-Q2 was worse than the year ago quarter of 2015-Q2: 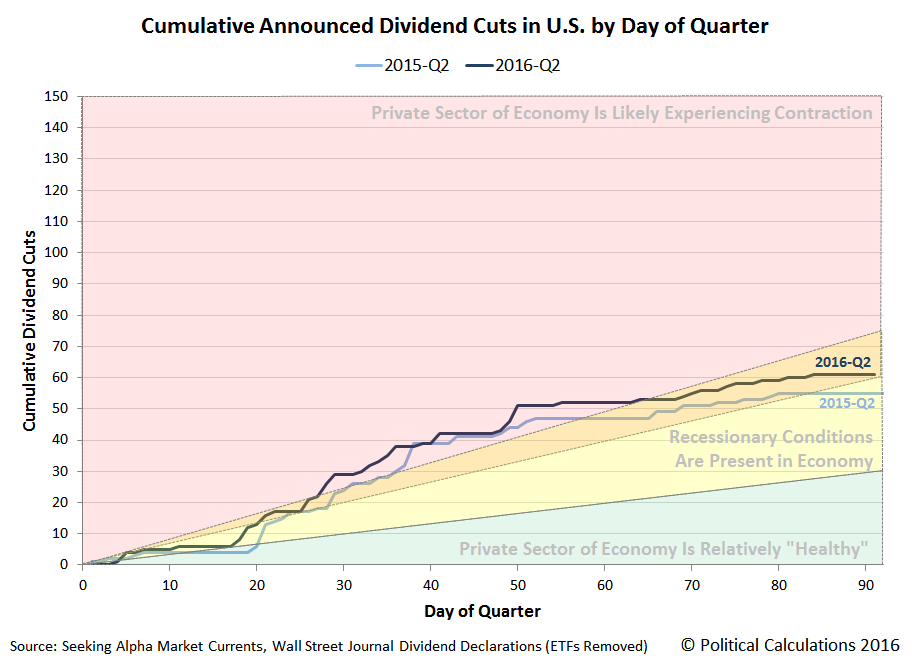 While worse than the year ago quarter of 2015-Q2, the pace of dividend cuts during 2016-Q2 was slower than what we saw just one quarter ago in 2016-Q1, which was the worst quarter for dividend cuts since the end of the Great Recession in June 2009. 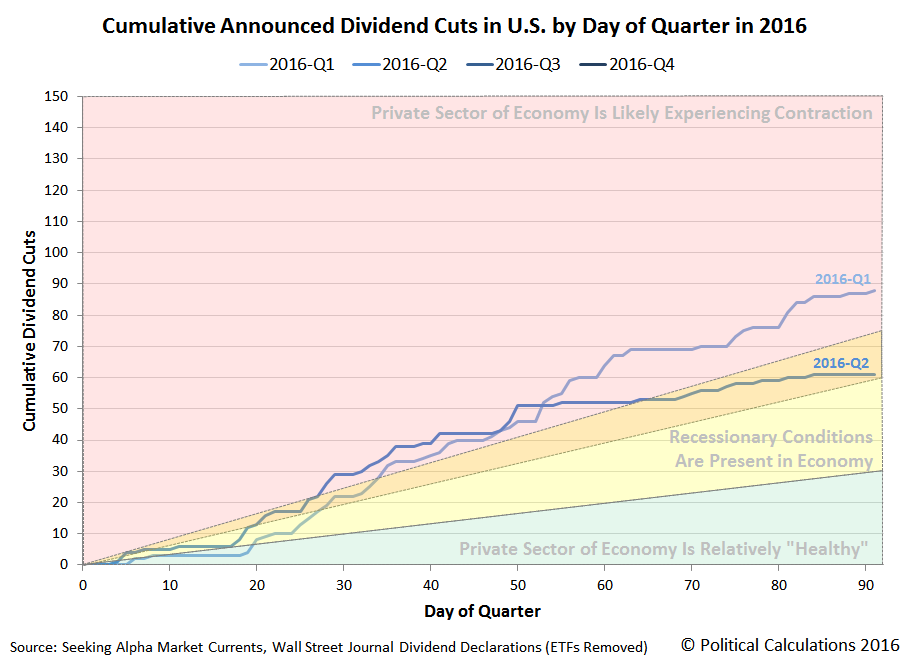