Despite having provided the mainstream financial media with a sporting chance, we find ourselves in the position of breaking news this morning with respect to an event that happened last week. Specifically, through the end of June 2016, the number of U.S. firms that announced they were cutting their dividends during the month was greater than the number of firms announcing they were increasing their dividend payments to investors.

Unless Standard and Poor revises its monthly dividend report (Excel Spreadsheet), what just happened in June 2016 will be the first time that situation has occurred since the official end of the Great Recession in June 2009. 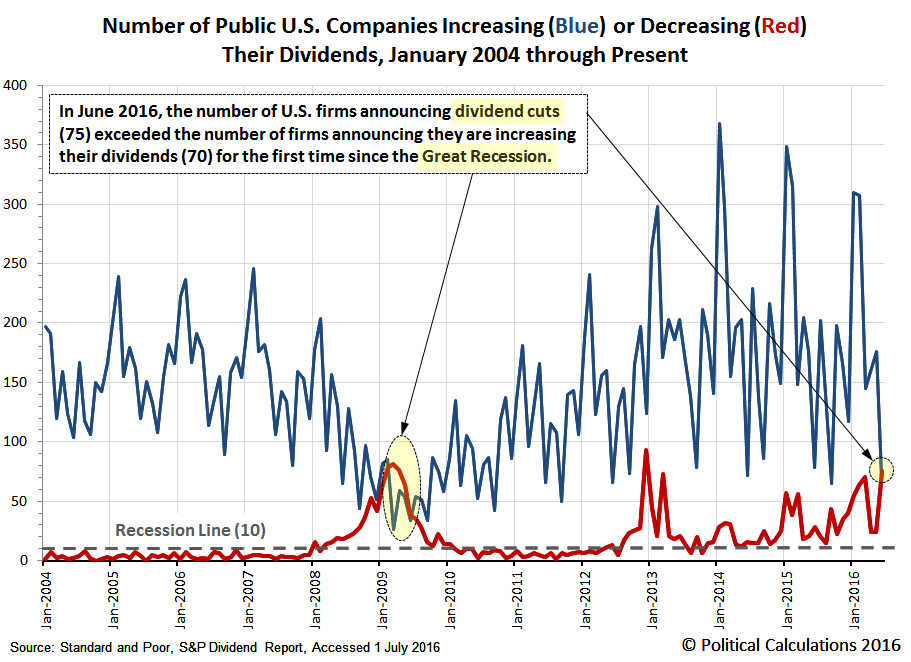 Going back to January 2004, the earliest month in S&P's historical dividend declaration data, the only time that situation previously occurred was during the months of March 2009 through June 2009, which marked the bottom of the Great Recession.

The following chart zooms in on just the number of dividend cuts announced in each month from January 2004 through June 2016. 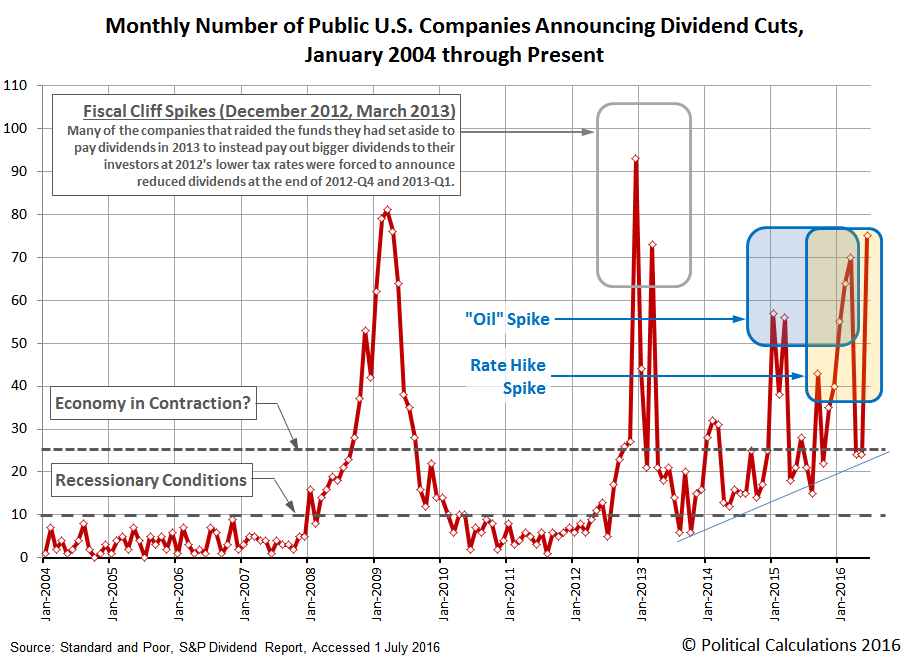 Two factors have largely combined to produce this result. First, distress in the U.S. oil and gas industry from falling global oil prices have led many of these firms to announce dividend cuts, although that number has declined in recent months as oil prices have risen from their early 2016 lows.

The other factor may largely be attributed to the U.S. Federal Reserve's threats to hike short-term interest rates in the U.S. over much of the past year, which has negatively impacted financial industry firms and other interest rate sensitive firms, such as mortgage-related Real Estate Investment Trusts.

We'll present a more detailed breakdown of where economic distress in the form of dividend cuts is showing up in the U.S. economy in our next post, where we'll try to get a better sense of which industries are being most negatively impacted from a sampling of dividend cut announcements that we've obtained from other sources.