What a difference two weeks can make. Two weeks ago, our regular sampling of dividend cut announcements indicated that July 2016 was easily the best month for the U.S. economy in a long time, bordering on levels we associated with relatively healthy growth conditions. 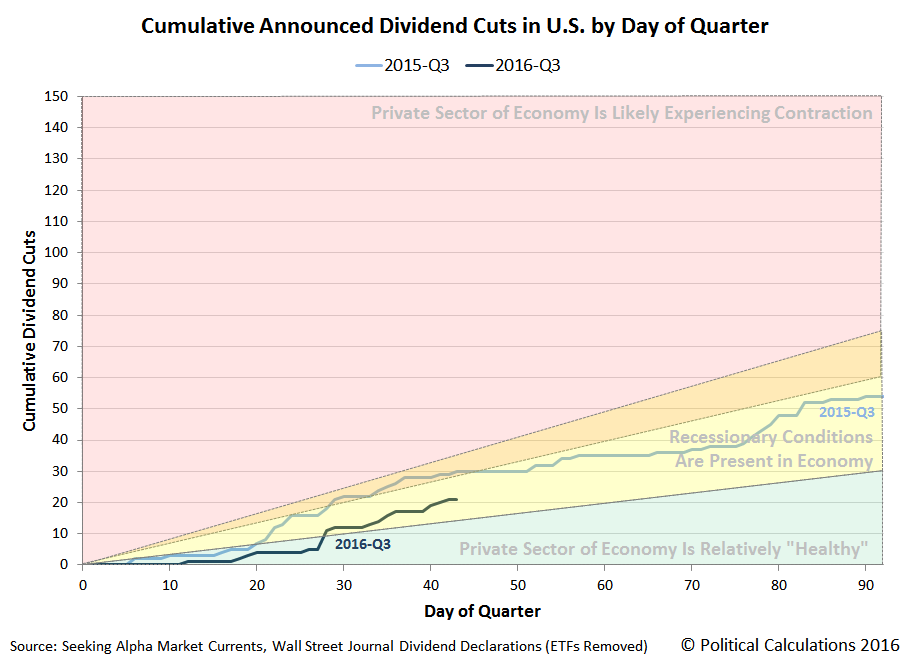 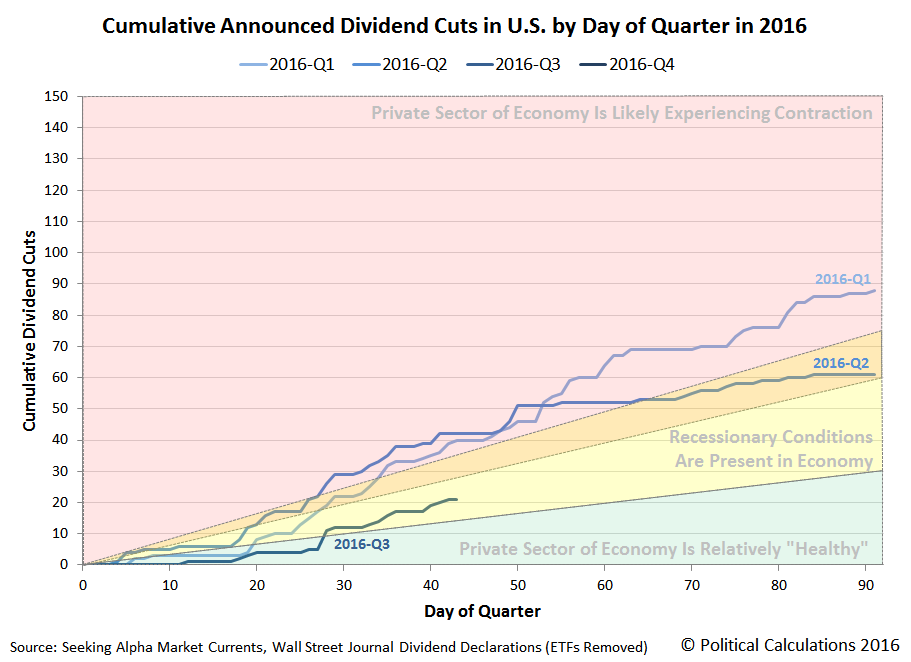 We did some digging into the historical data we've accumulated to identify what made July 2016 different from July 2015 in terms of what kinds of firms announced dividend cuts. Assuming that the same kinds of firms follow the same basic schedule for declaring dividends each year, the biggest difference came down to fewer firms in the mining and finance industries announcing dividend cuts in 2016 as compared to 2015, suggesting some year over year improvement in those sectors.

The good news is that we're almost done with 2016-Q3's earnings season, so we should see the number of dividend cuts being announced flatten out through the rest of the month. We'll check back sometime in early September 2016.

If you want to find out more about which specific firms are cutting their dividends now as compared to a year ago, here are the two main sources we use to create our sampling of dividend cut announcements.