August 2016 is going to be a long month. We're three weeks into it with two more to go and already, with no sign as yet the summer doldrums in the S&P 500 are anywhere near ready to give way to volatility.

Not that there's anything wrong with that - as an investor, a not-so-volatile, yet almost painfully slow general rise in stock prices is a good thing. Especially as compared to the fireworks that created the echo effect in our standard model's projections of the S&P 500's stock prices through the rest of the quarter. 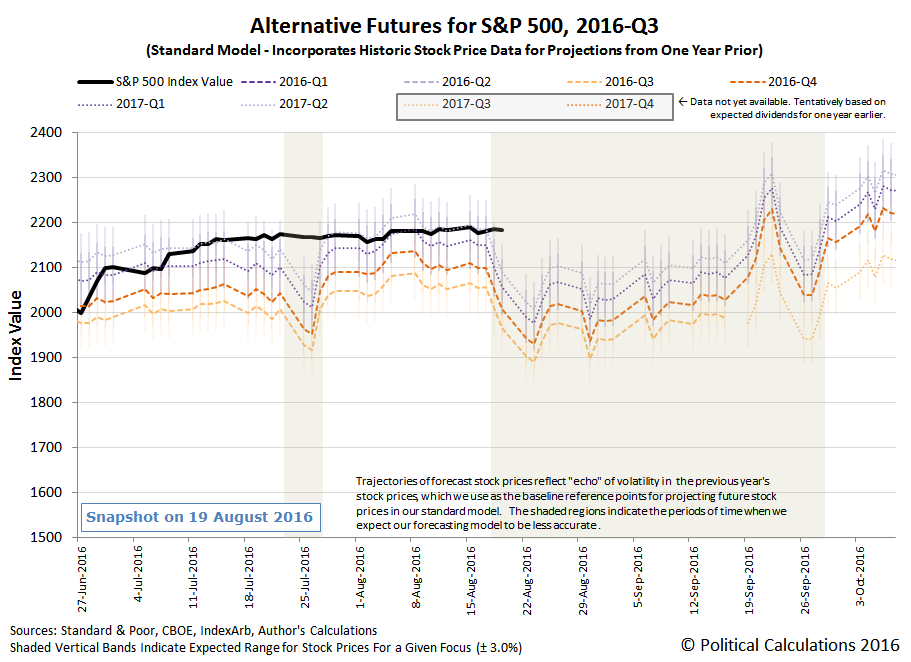 The echo effect is the result of our futures-based model's use of historic stock prices as the base reference points from which we project the alternative trajectories that the S&P 500 is likely to follow into the future based upon how far forward in time investors are looking in setting their expectations when making their current day investment decisions. In this case, the echo effect began wreaking havoc with our standard model's projections on Thursday, 18 August 2016, on the anniversary of the beginning of China's August 2015 stock market meltdown.

To try to improve the accuracy of our model during the periods where we know in advance that its projections will be less accurate as a result of the echo effect, we've substituted the average daily trajectory that the S&P 500 has taken through this period of the year, based on historic stock price data going back to 1950, which smoothes out the echo of last year's volatility. The following chart shows how well that worked during the first two days in which we have to compensate for the echo effect. 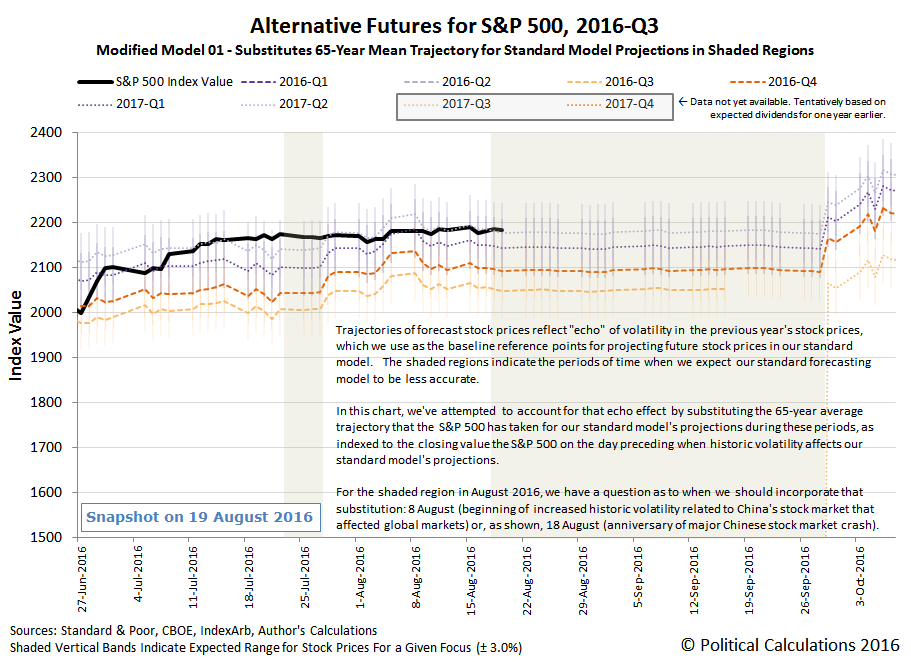 Overall, so far, so good, but it's way too early to make any sort of judgment call on how well this modified method will work out to be. At this point though, it is pretty safe to say that Week 3 of August 2016 looks like it ended as it began, not to mention how it behaved in between, with investors appearing to be fairly closely focused on the distant future quarter of 2017-Q2 and the expectations associated with it in setting their investment decisions during the past week.

Compared to last year, that's good news. We'll have to wait to see if the next week will bring any excitement. Until then, here is a selection of market-related headlines that caught our attention during the past week.

For a listing of the week's positives and negatives as it relates to the markets and the economy, be sure to check out Barry Ritholtz' succinct summation of the week's events.