In the course of our projects, we occasionally come across data that is pretty interesting in and of its own accord. In the following chart, we've opted to show the cumulative distribution of individual income for the United States, China and the World, as expressed in terms of U.S. dollars (USD) adjusted for their purchasing power parity (PPP). 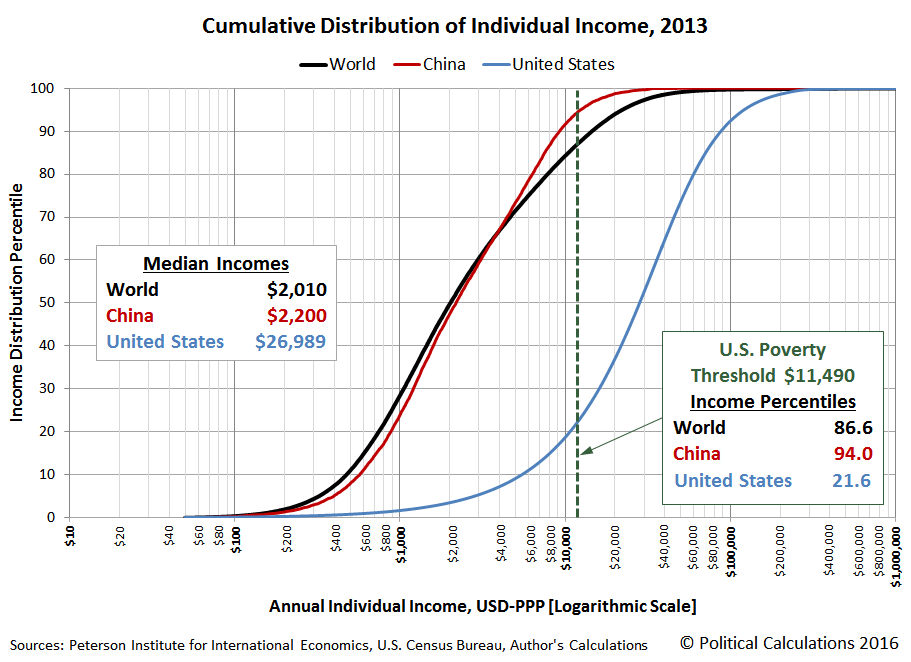 Additional food for thought: Extended Measures of Well-Being: Living Conditions in the United States: 2011, which gives an indication of the relative wealth of the impoverished portion of the U.S. population.