Last week, the U.S. Census Bureau came out with its first estimates for August 2016 for the number and prices of new homes sold in the U.S. Econoday considered the results to be a downward tick for an otherwise strongly positive trend.

The new home market is one of the bright spots of the 2016 economy, with new home sales accelerating impressively through the spring and early summer. But forecasters see a pause for August, calling for a consensus 5.1 percent monthly decline to a 598,000 annualized rate following July's 12.4 percent surge to 654,000. The new home sales report excludes multi-family homes and tracks only the key single-family home category where permits, in a sign of optimism for future sales, have been on the climb.

On the other hand, Mike Shedlock questions if the report should be taken as such a positive factor.

To find out, we've estimated the effective market capitalization of new homes in the U.S., taking the estimated number of new homes sold by their estimated average price and multiplying them together before calculating the trailing 12 month average of the results to account for seasonality in the data. The following chart shows our results for each month from December 1975 through August 2016 in nominal terms. 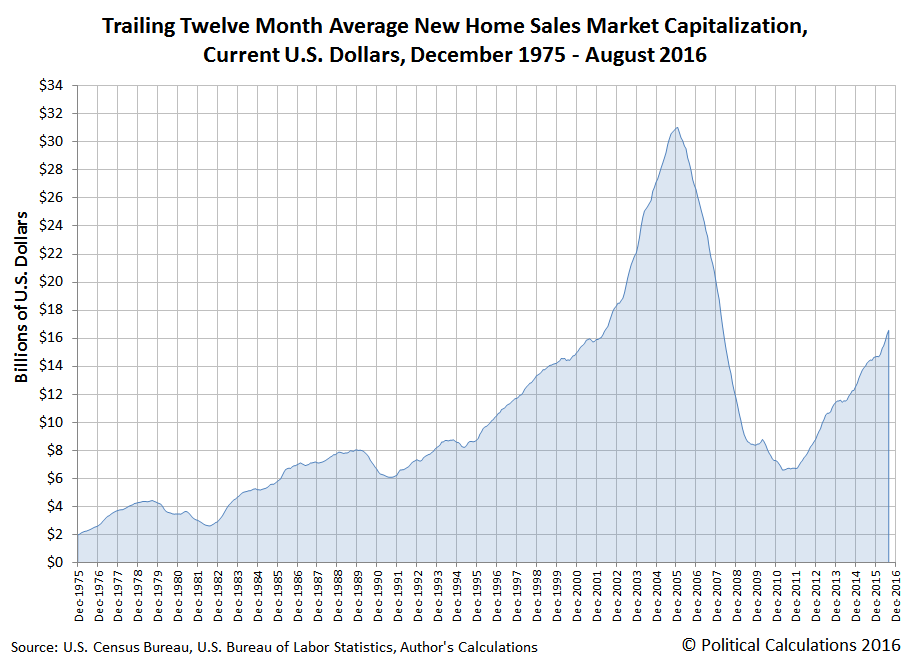 In this chart, we see that after stalling out in the first quarter of 2016, the effective market for new homes in the U.S. has resumed a rapid upward ascent, if slightly slower than in early 2015, which indicates that new home sales have resumed boosting the U.S. economy.

The same pattern holds true when we adjust the results of our effective market cap math for inflation, which we've presented in terms of constant August 2016 U.S. dollars. 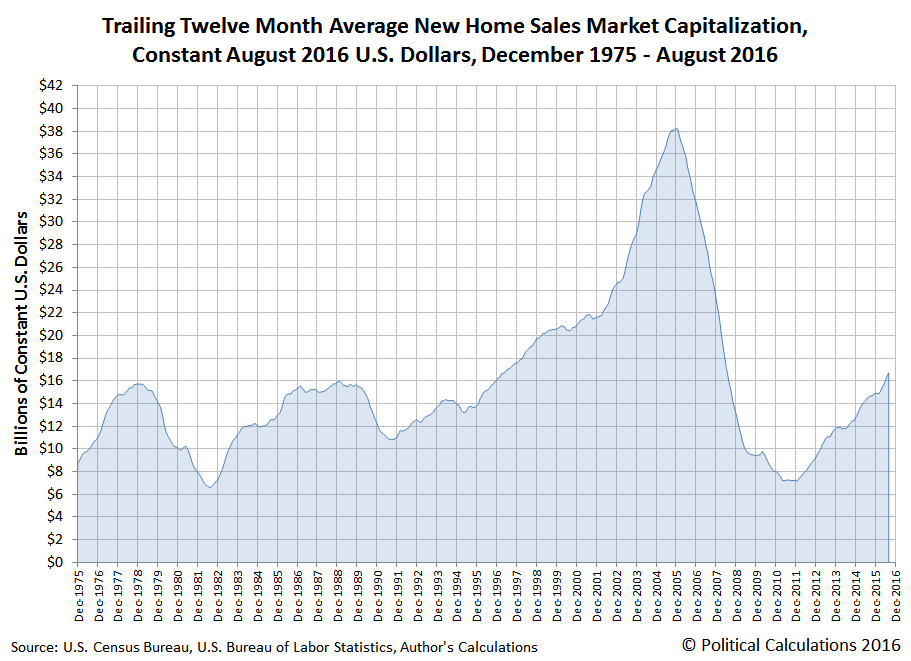 Compared to what we saw in 2015, the rate of growth of the new home market in the U.S. is not quite as strong, so we would see it as adding less to the nation's GDP than what was recorded in that year. It is however definitely adding to GDP in recent months.